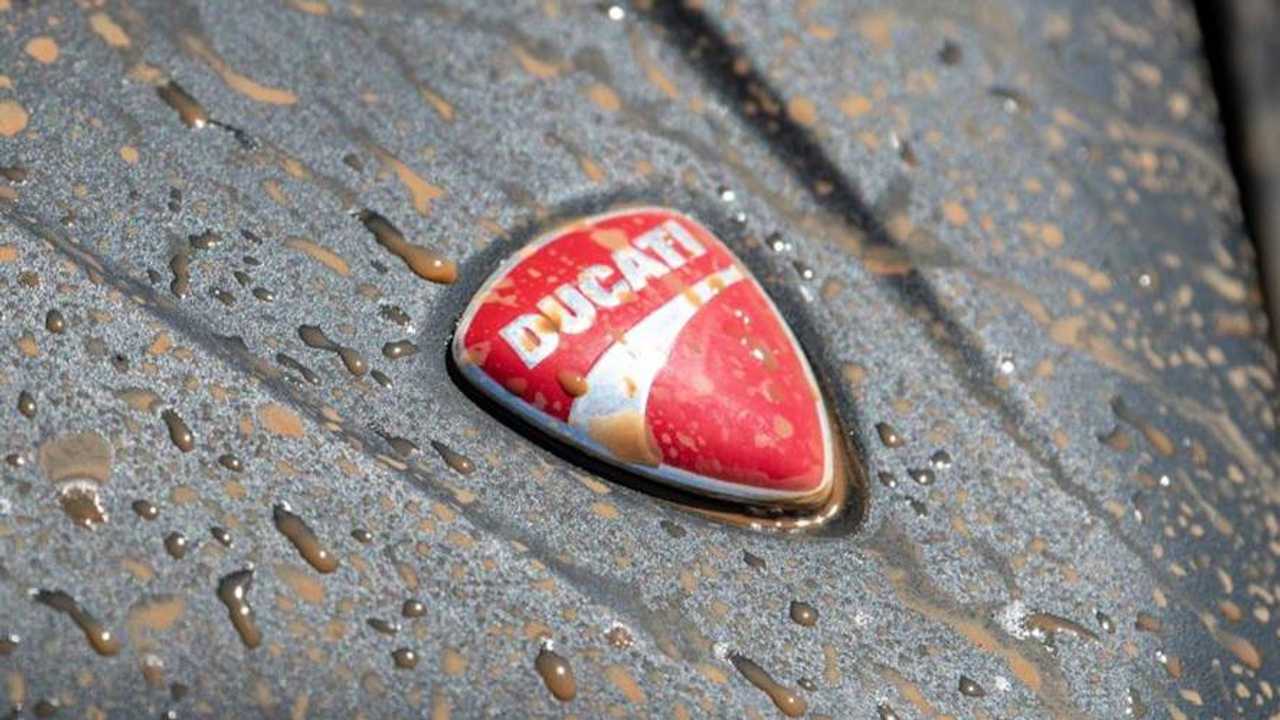 Could Ducati's dirty secret be a Multistrada 1260 Enduro?

On October 12th, 2018, Ducati is going to reveal its newest off-road ride, and all we know about it is that it doesn’t mind getting muddy.

Of course, any upmarket Italian with a bit of dust on their tail (I think that’s what we’re looking at) would be newsworthy, but a Ducati that can withstand a stain on its shirt? We all want to know. So, before the mystery is unveiled, let’s take a guess.

I wish my speculation game was more on point, but it ain't. To compensate, I combine some research with deduction.

Last week, Ducati dropped three more heavy-duty lookers into their Scrambler line-up—“Full Throttle”, “Café Racer” and “Desert Sled.” A babe-brigade, for sure, so likely no need for another Supermodel.

Then, there’s the MultiStrada 1260 that won this year’s Pike’s Peak International Hillclimb and the MotoGP Desmosedici-inspired V4 Panigale. Demonstrated power and performance.

Of course, this new bike-being could be a combination of them all. After all, Ducati’s official website offers anyone with access to their website the opportunity to build and submit the bike of their dreams using the “Ducati bike configurator.”

Responding to the mucky mystery, Instagram Ducatistis posted a few ideas: a “Scrambler with a Panigale V4 engine” that would combine atomic levels of power and pretty; a ready-to-serve road-wringing “V4 Streetfighter”; or a less weighty “Multistrada 1250 Enduro.” Least likely was that the mystery-moto might be a “sensibly priced Supermoto” (LOL. Good one!).

My ideas? How about a “Dirty-Diavel”, the dark devil, jacked up onto knobbies with higher pipes and a bash plate, or perhaps, in celebration of its 25th anniversary, a “Mountain-Monster” complete with off-road suspension and plenty of plastic? I mean, how can we up the ante if we don’t break out of the box?

Admittedly, my favorite supposition was that the emblem was merely “covered in cappuccino during the Ducati coffee shop stop,” which prompted another poster to dub it a “coffee racer”! Perfect.

We'll all know soon enough. So check back later today to see if any (or all!) of these guesses were right.