WWII Vet Gets to Ride on an Indian Once More 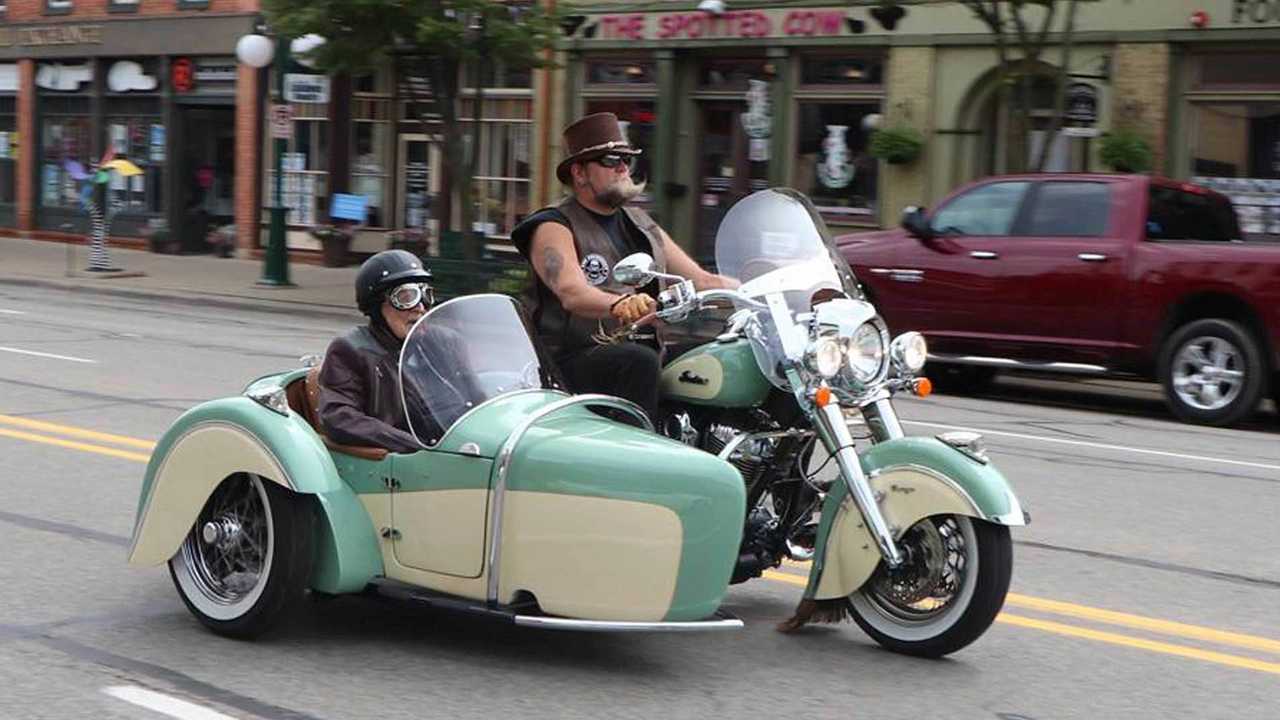 When you're a hundred years old and helped take Rome from the Fascists, there's not a lot that impresses you anymore

This ride has history written all over it

World War II veteran Jack McClary got a special treat ahead of his 100th birthday in November. As a former rider, McClary got to feel the freedom once more in an Indian Motorcycles sidecar thanks to Foundation 14.

Foundation 14 is a non-profit organization that assists veterans using motorcycles by rebuilding bikes or offering them to the vets for therapy. The Milan, Michigan, chapter of the foundation decided to celebrate Jack's birthday simply "because he's an awesome guy," Foundation 14 member Mark Taylor told Lenconnect.com. For the occasion, the foundation offered the centennial vet a chance to reconnect with a bike form his past by taking him on a ride in an Indian motorcycle sidecar.

RIDERS OF HISTORY: The Motorcycle Racer who Saved 1,200 Lives

Accompanied by a police escort and over 100 motorcycles on a sunny Saturday, McClary got a 20-mile ride from Milan to Tecumseh, Michigan, riding on a motorcycle that played a big role in his life. Years ago, when he was the chief financial officer at a Chicago hospital, McClary commuted on an Indian. A loop nicely looped.

VET BIKES: You're In the Army Now - Motorcycles at War

Jack McClary joined the U.S. Army ranks in 1941, only months priors to the Japanese attack on Pearl Harbor. He served in North Africa and in Italy. He even served under General Mark W. Clark who led the capture of Rome, Italy in 1944, making him one of the last surviving vets to have been part of Clark's troops.

"It was very unusual, but I liked it," said Jack about his celebratory ride. He will be turning 100 this upcoming November. Join all the team at RideApart in wishing this awesome vet and fellow rider a very happy jubilee!

Photography by Foundation 14 and Dan Cherry/LenConnect