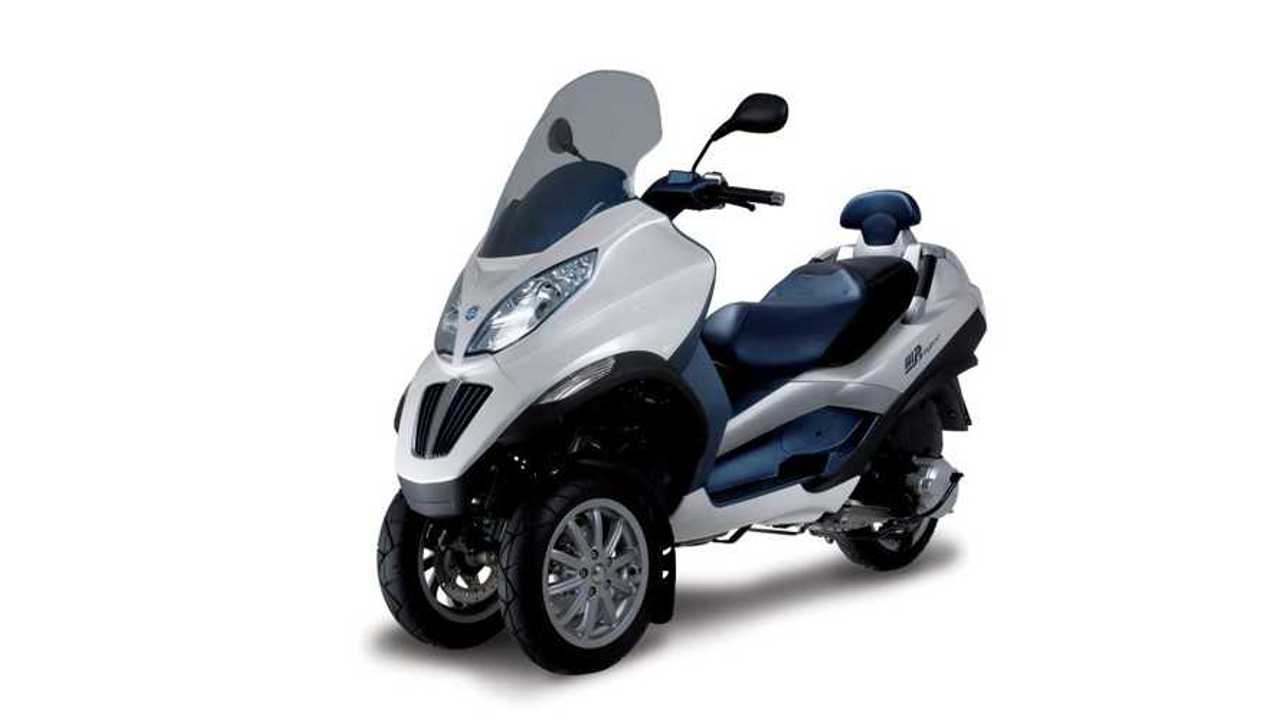 When it goes on sale during the first quarter of 2010, the Piaggio MP3 Hybrid will become the first plug-in hybrid vehicle of any kind to be sold in the United States. Capable of returning up to 141mpg, it will also be one of the most fuel-efficient. Combined with those two factors, the MP3's leaning three-wheel arrangement and low price, somewhere around $8 or $9,000, will make it a uniquely appe...

When it goes on sale during the first quarter of 2010, the Piaggio MP3 Hybrid will become the first plug-in hybrid vehicle of any kind to be sold in the United States. Capable of returning up to 141mpg, it will also be one of the most fuel-efficient. Combined with those two factors, the MP3's leaning three-wheel arrangement and low price, somewhere around $8 or $9,000, will make it a uniquely appealing product.
>
Piaggio Group USA President and CEO Paolo Timoni revealed this information on Fox Car Report Live yesterday while speaking to me and the show's host, Gary Gastelu. It's the first time we've heard not only that the MP3 Hybrid will be sold in America, but when. Click here to see the show.

Piaggio's hybrid system is virtually identical to that of the popular Toyota Prius with one major exception: the MP3 Hybrid's battery can be recharged by plugging it into an electrical outlet.

Plug the MP3 Hybrid into a standard wall outlet and you can fully charge its battery pack in just three hours. That energy can then be used to make the scooter even more efficient in hybrid mode or enable it to run on its batteries alone for up to 40 miles, delivering a silent, zero emissions vehicle (it can operate in electric-only mode after recharging its batteries from the engine as well).

In fact, the MP3 Hybrid can operate in any one of four modes: the aforementioned electric-only or three hybrid modes designed to maximize performance, minimize fuel consumption or recharge the batteries quickly. The later could come in handy if you know you're about to enter one of the new emissions-free-vehicles-only zones now cropping up in some Europeans cities. In maximum performance mode the batteries can boost acceleration by 85%. Considering the 15bhp, 64mph 125cc MP3 is already fairly nippy, that assistance should give it performance equivalent to a 250cc scooter. For the uninitiated, that means a 0-60 time in the 5-second range or enough urgency to easily out accelerate most cars in town.