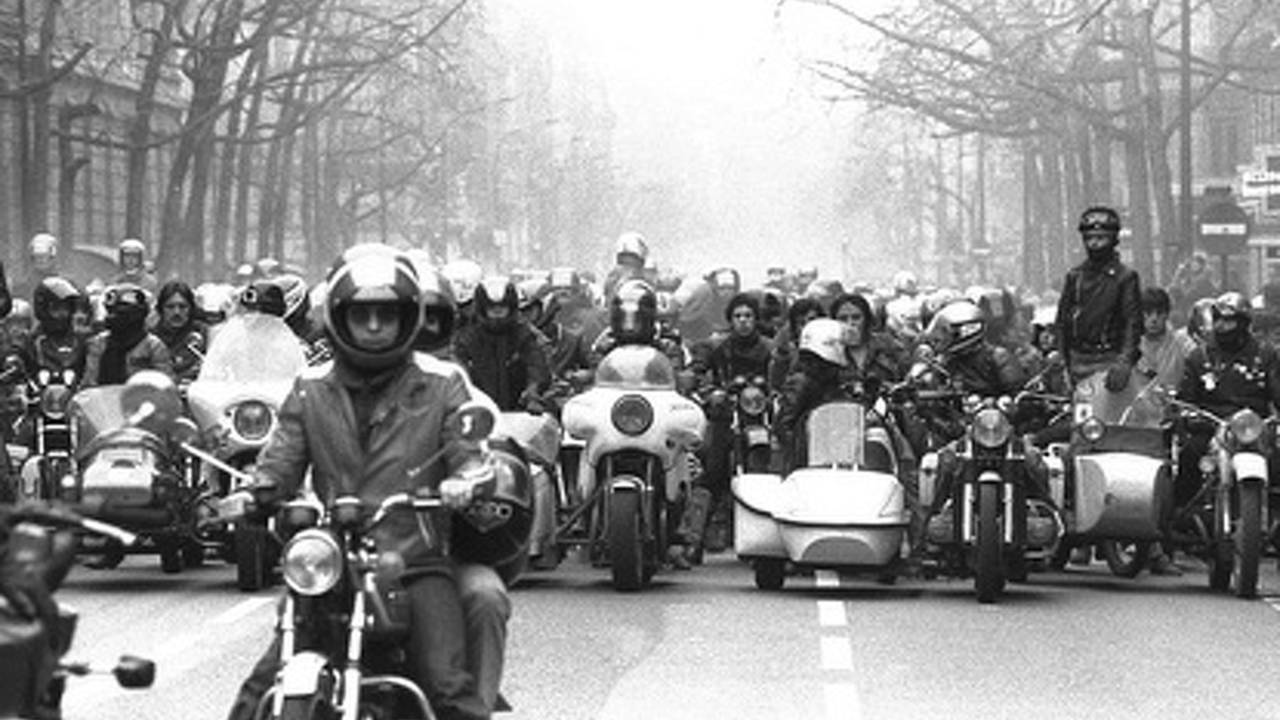 There's a lot of sensational misinformation surrounding proposed European Union regulations that could see all motorcycles sold there restricted to 100 HP, so we've asked Norwegian journalist Ivar Kvadsheim to break things down for us. Even if the power limit doesn't become law, it looks like mandatory ABS and linked brakes could.>Background: - EU is working on new legislation for motorcycles. Loa...

There's a lot of sensational misinformation surrounding proposed European Union regulations that could see all motorcycles sold there restricted to 100 HP, so we've asked Norwegian journalist Ivar Kvadsheim to break things down for us. Even if the power limit doesn't become law, it looks like mandatory ABS and linked brakes could.>

Background:
- EU is working on new legislation for motorcycles. Loads of big and small directives concerning type approval of motorcycles are put into one new framework regulation.
- While they're at it they also want to look at adding new measures to improve safety and lower emissions.
- Whatever the framework regulation ends up looking like, it'll be passed as law in all EU-countries, basically all of Europe.

What's happening now?
- The EU Commission (the bureaucrats) is working on the proposal for the EU Parliament (the politicians) to vote over. They want this proposal ready before the summer and have the vote as soon as possible.
- The motorcycle industry (ACEM), the motorcyclists' federation (FEMA) and various road safety organizations are lobbying like mad.

Should European motorcyclists worry?
Yes. Some of the proposals the Commission is working on can potentially change everyday life for every European motorcyclist. FEMA (in some cases working with ACEM, in others against them) are directly involved in negotiations over the final draft, but so are other groups with other interests. There's no telling what can be stopped or not before the proposal reaches the politicians. Whatever happens when they get it is anyone's guess.

Any upsides?
Yes, the Commission wants to make labeling of CO2 emissions mandatory. For some reason the manufacturers want to keep the figures for themselves. The EU, supported by FEMA sees this as basic consumer information. The matter is also important for tax levels in several countries, where lower emissions are rewarded with lower taxes.

If you have shares in Brembo or Bosch you'll also be happy to know the Commission considers making brake assistance systems mandatory. ABS, linked brakes etc, they all help reduce the risk of riding. So why not make it mandatory? FEMA and ACEM points out that ABS is fast becoming standard equipment on all types of bikes, so there's really no need to make it mandatory, but the proposal is still there.

What should motorcyclists worry about?
FEMA, the European riders' rights organization have three major concerns:

1.) 100 HP limit
This proposal surfaces regularly on different levels. It seems so easy: Less power, less dangerous. The FEMA argues no study has ever found a link between horsepower and risk. A statistical study done in Norway in the 90's (later studies show the same) showed a possible link between a motorcycles "image" and risk, but that's absolutely not connected to horsepower. For instance a 110 hp Kawasaki ZX7 had ten times higher risk of being involved in an accident as a 150 hp Kawasaki ZZR 1100. They also like to point to France, where they've been enforcing a 100 hp limit for twenty years, with no effect on accidents. It's hard to imagine a proposal with no real effect passing, but it does have one effect: it makes politicians look like they're really doing something, and that's not to be underestimated.

2.) Stricter anti-tampering regulations.
European mopeds have a constrictive top speed of 45 km/h, and light motorcycles (125 cc) have a restricted power output of 15 hp. Both classes have strict anti-tampering regulations, preventing owners from increasing performance. The manufacturers association ACEM has now proposed to expand anti-tampering measures to also include the restricted (stepped licence) motorcycle (34 hp). With this proposal the industry is in effect opening doors FEMA considers the gateway to hell: Anti-tampering regulations for all motorcycles.
First of all it's wrong to call them anti-tampering regulations. "No motorcyclist 'tampers' with his bike. It's about making improvements and optimizing the bike. These senseless suggestions should be called anti-improvement regulations", says Morten Hansen, member of FEMA's Board of Directors. In FEMA's opinion, the industry proposal can make it much more difficult for motorcyclists to improve and perform everyday maintenance on their bike. Also, the proposal will squeeze out the aftermarket producers, reducing the choice offered to customers and driving prices higher.
It's no bombshell that the industry wants this lucrative business to itself. "We fear a situation where you can't even choose what tires to use because manufacturers demand use of original parts and components," says Hansen.

3.) Road Worthiness Testing
European authorities need some way to make sure the motorcycle complies with the tailpipe emission limits throughout its life. Not surprisingly the industry (ACEM) and the consumers (FEMA) don't agree on whose responsibility this is.
ACEM calls for the use of On Board Diagnostics as well as compulsory periodical inspections (Road Worthiness Testing) to make sure the bike complies with standards. "The industry position is to shift the manufacturer's responsibility and cost over to the motorcyclists," says Morten Hansen. The customers will have to pay for the diagnostics system, the periodical inspection and the repair if emissions are outside the type approval limits.
FEMA instead supports a regime where the manufacturer would have to give assurances that their motorcycles comply with type approval limits for a certain distance (e.g. 50.000 km). FEMA calls this In Use Compliance. FEMA also suggests the product warranty to be extended to a minimum of 3 years, maybe even 5 or 7 years, giving the industry an incentive to provide better, more reliable products. That will make the owners follow a service schedule over a long period of time. "If the bike is found to be outside the type approval demands during this period, the manufacturer will bear the cost of fixing the problem, not the customer," says Hansen.

Where and how will it end?
There will be a new framework regulation, and the EU Parliament will vote over it some time this year, probably making the regulations effective by 2012. What the Parliament will end up voting over and how they'll vote is down to the last few months of hectic lobbying. Having the motorcycle industry and the consumers working against each other on critical issues isn't helpful.

Anything else?
There's one more unanswered question to worry about. Nobody knows if this is the EU's attempt to do a proper job once and for all, or if it's just the start of a new regime where we will see a raft of stricter regulations. One factor pointing towards the latter is the fact that the widely hated Third Driving License Directive, effective from 2013, raises the bar for new riders so high you'll need Ninja skills, a degree in political science and a gold mine to get a driving licence for an unrestricted motorcycle.

-- Ivar Kvadsheim
++
Got a tip for us? Email: tips@rideapart.com