The Facts Behind Honda's Secret Gearbox 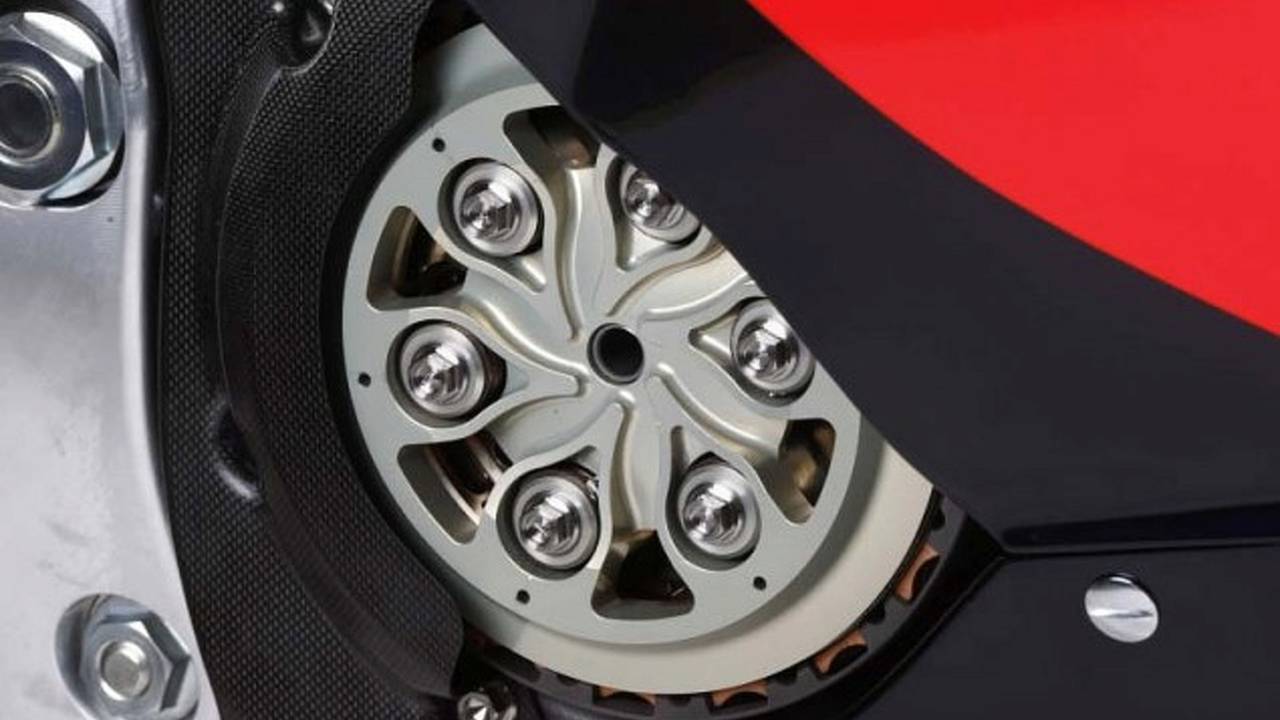 “Obviously HRC is not using anything illegal, but it's true that we have something new on the transmission that currently allows for faster gear changes,” says HRC vice president Shuhei Nakamoto. “We are not talking about a DCT, but I can't tell you how it works...because I don't know!”

HRC has twice now admitted to the existence of a “secret” (their word) gearbox on its factory MotoGP bikes and speculation in the paddock is that it's this which is giving them such a significant lap time advantage in pre-season testing. Here’s what we know about Honda’s secret.

Update: David at MotoMatters had the genius idea of comparing sound files of the Hondas shifting next to recordings of the Yamaha and Ducati. Makes for a great comparison.

The MotoGP rule book expressly forbids the use of more than six gears, dual clutches, continuously variable and automatic transmissions. The rules do, however, allow, “manual transmissions with gearshifts assisted by quick-shifter systems.” If Honda is playing by the rules, that means no DCT, CVT, or full-auto, but it does leave the door wide open for other solutions.

What it looks like Honda has done is find a way to eliminate or at least reduce the break in acceleration which occurs when you shift between gears. That would go a long way to explaining why their riders have been so dominant in pre-season testing. Take two equal bikes and the one that can spend more time accelerating is going to have an advantage. But where might that innovation come from? Two gearbox companies, Xtrac and Zeroshift, offer two remarkably similar transmission systems which deliver DCT-like seamless shifting.

Connecting a few dates makes me believe that Honda’s most likely using the Xtrac Instantaneous Gearchange System. Honda has an existing tie to the company, which builds the transmissions for its IRL cars. Additionally, Xtrac issued a press release expounding on the benefits of “two years racing...with professional teams” and also advertises a “MotoGP Transmission” on its website.

Regardless of whether its Xtrac or Zeroshift, the solution works in the same way. Both systems hinge on a ratchet system between each gear which allows two gears to be selected at the same time, but with only one engaged. When the transmission is shifted, the engagement of the next gear causes the disengagement of the previous one. Rather than a revolutionary change in transmission technology, this is more evolutionary, bringing the benefits of DCT without breaking the rules.

Current gearboxes require the shifter fork to deselect by means of moving a slider, then selecting the next gear by moving a slider into contact with it. The slider doesn’t have to travel very far, but it does fully disengage and this causes a gap in acceleration while shifts take place. With both Xtrac and Zeroshift, a ratchet assembly replaces the slider, selecting two gears at once. The trick is that they don’t move as a whole during shifts, simply extending its ratchet to the next gear and, when it engages, the previous gear freewheels because it was only ever engaged by that ratchet.

While these transmissions do allow truly instant shifts, the bike itself won’t be capable of just slamming from one gear to the next at full power. A crankshaft with 230bhp behind it simply cannot decelerate from 19,000rpm to 15,000rpm instantaneously. If that was happening, some other part of the system would be giving — the clutch would slip, a transmission ratchet would fail or the tire would break traction. Any of that would, at best, decrease performance and, at worst, cause a crash.

Instead, in order to take advantage of these new gearboxes, an electronics package would have to be included which could control throttle opening, spark, fuel and clutch actuation. Zeroshift confirms this, saying, “the energy spike in the driveline...is managed by dissipation through a combination of engine and transmission management, clutch control and system compliance.” The Honda RC212V already boasts traction control, launch control, and a highly-sophisticated slipper clutch. Adding a program like the above, capable of feathering the clutch on upshifts and including a revised engine map and TC settings is all that would be necessary.

So how much advantage is Honda gaining? Assuming 30 shifts per lap and a .03 second advantage per shift, the advantage of .9 to 1 second claimed by Zeroshift seems reasonable and its right in line with Casey Stoner’s advantage over the fastest non-Honda rider at the Sepang tests:

However, both Honda and Yamaha are downplaying the laptime advantage just the gearbox brings.

HRC’s Nakamoto points out, “Aoyama on the satellite bike doesn't have this new transmission and he is still very strong so it means the bike as a whole is simply getting stronger.”

Yamaha engineer Masao Furusawa told MotoMatters, “ will only give a small advantage on the track. Going on to suggest that it’s actually the RC212V’s low-end torque that’s making the most difference.

And Honda’s advantage has decreased at this weeks’ Losail tests:

A less obvious advantage from the secret new gearbox is less obvious than outright shift speed, but could still help. With such a system as we described above and its accompanying electronics, the instability caused by shifts while leaned over would no longer be an issue. Subsequently, riders would be able to carry more speed through and take a more ideal line through corners requiring an upshift.

So how long can we expect Honda’s advantage to last? Well, Yamaha is already working on a similar gearbox solution.

“Sure we are working on a system back in Japan, but it is not ready yet,” Furusawa told MotoMatters, which goes on to discuss the problem in load transfer discussed above, saying that’s the problem Yamaha is currently working on. Furusawa continues, “I am very interested to know their solution, but I have not been able to work it out yet.”

Nakamoto knows that’s where the real threat lies, “ achieving very fast lap times and seems very consistent, Jorge is able to keep his same low lap time on long runs, both here and in Sepang, and Spies seems to be stronger than last season - so I expect them to be very competitive.”