Is the 2011 Zero DS finally ready for public consumption?

A certain smugness is unavoidable. Let the less enlightened suckle up to evil Big Oil's fuel pumps while you glide silently by on your Zero DS, its battery pack brimming with electrons from an overnight charge that cost all of 48 pennies. Not for you the tyranny of $4.29 per gallon gasoline. Best to practice a little humility, though, as you'll see those gas guzzlers again 25 miles down the road w...

A certain smugness is unavoidable. Let the less enlightened suckle up to evil Big Oil's fuel pumps while you glide silently by on your Zero DS, its battery pack brimming with electrons from an overnight charge that cost all of 48 pennies. Not for you the tyranny of $4.29 per gallon gasoline. Best to practice a little humility, though, as you'll see those gas guzzlers again 25 miles down the road when the Zero is running out of juice and they all go sailing by while you scrounge for an electrical outlet — and a good book to read for the next four hours that it will take to fully recharge the batteries. Hey, nobody said being an early adopter was easy work.

More on the Zero's range — or lack thereof — in a minute, but first the good stuff. Unlike Zero's initial offerings which were more mountain bike than motorcycle, the just-introduced 2011 S and DS models are full-size and freeway-legal at 300 pounds with a claimed top speed of 67 mph. Build quality and attention to detail are first-rate; these are not toys. Check out the stout perimeter-style aluminum frame that wraps itself around the battery pack. Likewise the twin-beamed alloy swingarm. Both nicely done and seemingly over-engineered for the job at hand. More niceties in the red-anodized aluminum rims, the steel-braided brake lines and — cool touch — Zero's logo seemingly floating in the translucent handgrips. A lot of effort went into these bikes.

HFL borrowed the DS model for a couple of weeks. This is the dual-purpose version, with raised front fender, block-tread tires and longer-travel suspension than the street-only Zero S — 9.4 in. front vs. 5.5; 7.7 in. rear vs. 5.9. Seat height also takes a hike, from the S's manageable 32.8 in. to the DS's 35.8, not quite at the nosebleed lever of current motocrossers but awkward for anybody under 5 foot 9. Zero has an optional 2-in. lower seat, though shorter riders should just opt for the S-model or Zero's XU "Urban Crosser," based on the company's X trail bike. It's not like the DS is a real dirtbike, anyway. Soft throttle response "off idle" means the bike is uneasy in loose sand or over technical rock sections, plus without a clutch to fan it's almost impossible to aviate the front wheel over obstacles. Hard-packed dirt roads are well within the DS's mission statement; for anything more serious Zero has the X and the MX dedicated electric dirtbikes.

Back on asphalt there's very little to complain about. The tall seat height means there's plenty of legroom with a natural knee bend. Seat padding could be more cushy, but (see above) it's not like you'll be in the saddle for extended stints. Thanks to that beefy frame and firmly calibrated suspension settings, the DS feels "of a piece" and can be tossed aggressively into corners with no chassis windup and good feedback. Brake feel through those braided lines to the Hayes calipers is immediate and direct. Again, Zero has done their homework here with lots of testing, and it shows. 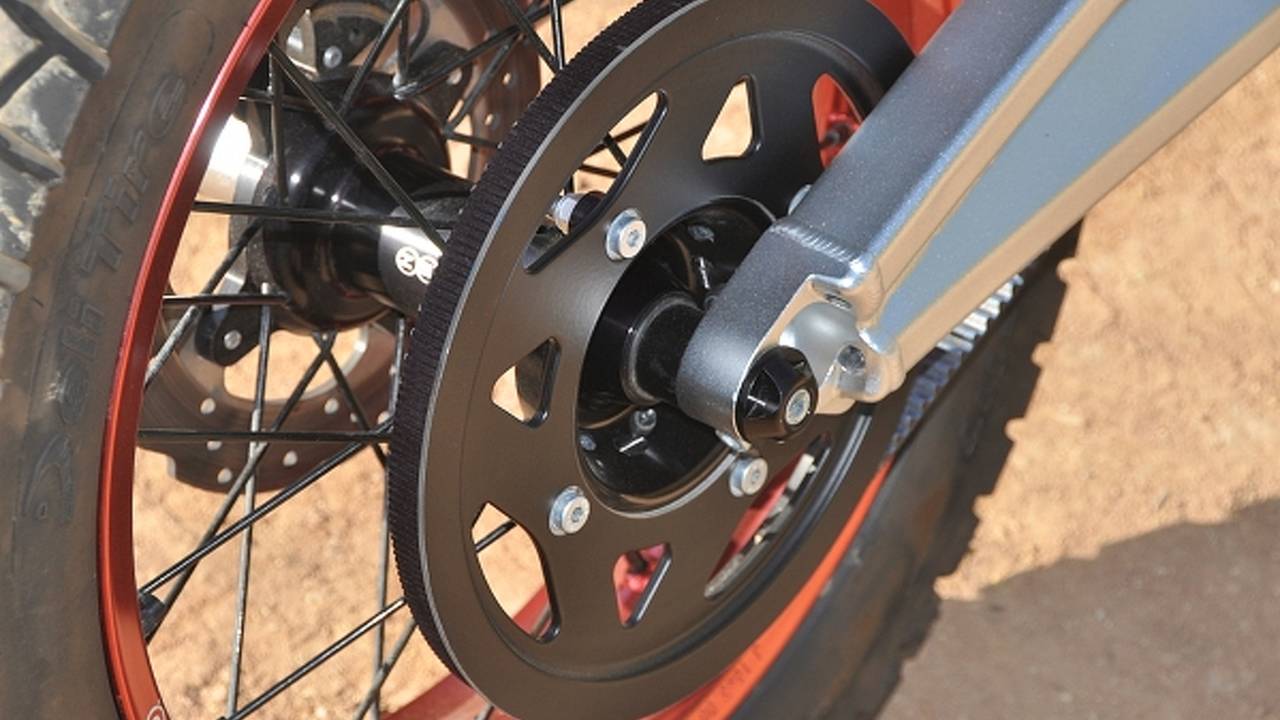 Final drive is by a thin reinforced rubber belt that runs silent and never needs adjustment.

As noted, throttle (rheostat?) response has been programmed so that initial take off is gradual rather than a disconcertingly hard hit of torque. Within a few feet, though, the DS is picking up speed briskly and you're ahead of all but the most determined cars. Zero claims a maximum range of 58 miles per full charge, with an estimated EPA urban range of 43 miles. Well, maybe if the rider weighs 100 pounds, lives on flat land and never gooses the twistgrip... We found that 25-30 miles was a more realistic range, and one flat-out freeway run at an indicated 75 mph (the speedo's a trifle optimistic) has us bailing off an exit ramp with an ominously flashing fuel gauge at 22 miles — we got another 4 miles at city-street speeds before the batteries went flat.

So the $10,495 question is, would you part with that much cash for a vehicle that is in essence tethered to a 15-mile umbilical cord — at least if you want to there and back on one charge — even in the face of impending $5 per gallon gasoline? To be fair, that cost can be trimmed. First, the S model goes for $9995, and buyers of either bike are eligible for a one-time 10% federal tax credit on the purchase price. Various states also reward the purchase of electric vehicles. In California, the state chips in with a $900 rebate, so the effective price of an S after federal and state incentives would be $8095. Colorado is by far the most generous; there an S effectively costs just $5107.

Mile High discounts notwithstanding, even $8K is a lot of money to fork over for the privilege of thumbing your nose at OPEC, especially when a new 125cc scooter powered by a hoary old internal-combustion engine can be had for thousands fewer dollars (Honda's PCX goes for $3399, Yamaha's Zuma 125 for $3250). Sportier-minded types who like shifting can have a Kawasaki Ninja 250 or the new Honda CBR250R for $4000, and still get up to 50 mpg.

But dollars and cents alone are not the only reason people seek out all-electric vehicles. There's the whole zero-emissions factor — sidestepping the criticism from some that electric vehicles are actually "coal-powered" in that most of the U.S.'s electrical powerplants are coal-fired. Our couple of weeks with the DS were peppered with questions and enthusiasm about the bike's Greenness. Even an illegal toot on a nearby hiking trail (electric power or no, it's still a motorized vehicle) was met with thumbs-up from joggers and dog-walkers, more than a few wanting to know what's-it-cost and where-can-I-get-one? 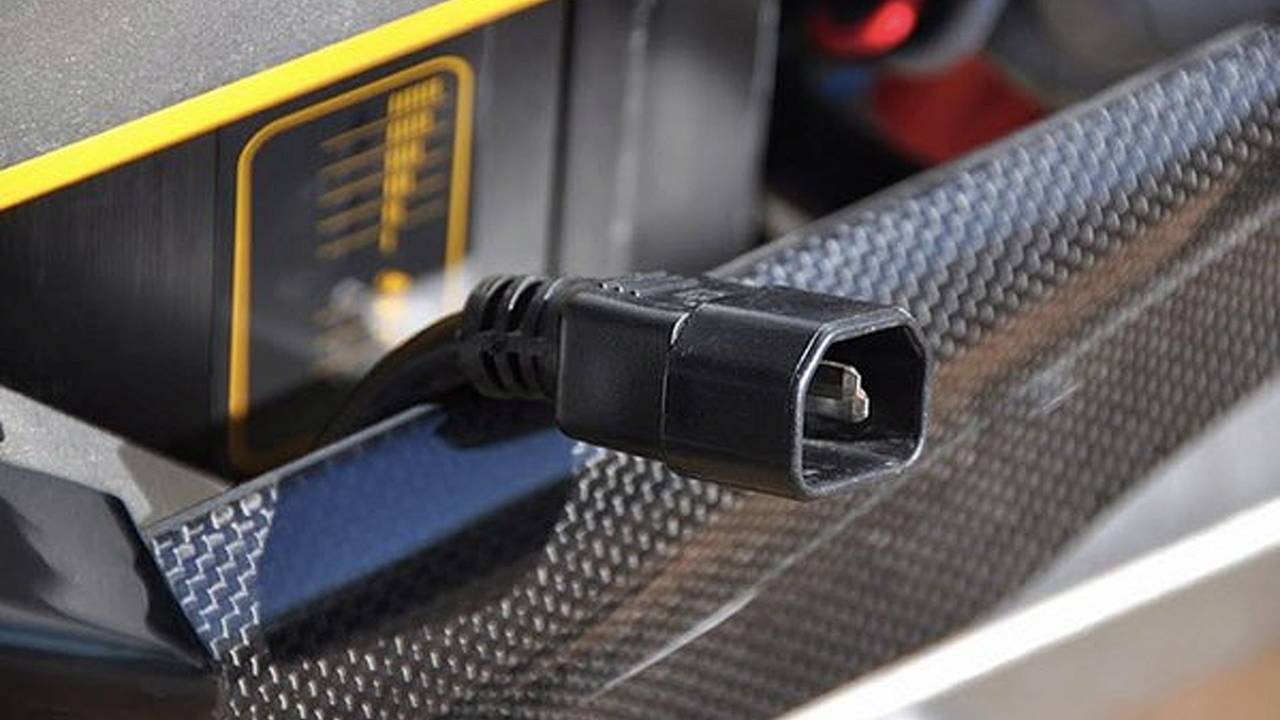 Refueling is just a 110-volt household outlet away. Optional quick charger ($500) drops recharge time from 4 hours to 2. Zero says the lithium-ion power pack is good for at least 70,000 miles.

Tapping into that environmentally conscious curiosity has so far been left to small companies like Vectrix (now defunct), Brammo and Zero, who deserve credit for being e-bike pathfinders. In the past, major bike-makers have rolled out electric, fuel-cell or hybrid concepts with great fanfare and glossy presskits — then done bupkis to bring that technology to market. Yes, battery life needs to improve and purchase price has to come down, but electric bikes represent something sorely missing in today's motorcycle marketplace: a potential growth area and a way of getting more people on two wheels. Max respect to Zero for doing something about it while others sit on the sidelines and watch.