Have you ever seen a rush hour train in Tokyo? Multiply that by two and that’s how the buses are looking. Some people waiting seven hours and more to board one. The majority of gas stations are without gas and the ones that have it are rationing the amount you can buy. Here’s what it’s like trying to get around Tokyo 4 days after the 8.9 magnitude earthquake. Above: shoppers cleared out a ...

Have you ever seen a rush hour train in Tokyo? Multiply that by two and that’s how the buses are looking. Some people waiting seven hours and more to board one. The majority of gas stations are without gas and the ones that have it are rationing the amount you can buy. Here’s what it’s like trying to get around Tokyo 4 days after the 8.9 magnitude earthquake.

Above: shoppers cleared out a pallet of bread just minutes after it was delivered to this store. I was asked not to take this picture.

Tokyo, although not directly hit by the full force of the quake or tsunami, is certainly feeling the effects of the disaster. Public transportation — the way the masses move here — was shut down entirely at the time of the quake until the following day. In Tokyo and Yokohama, trains are now operating at 50 percent of their normal schedule on most lines, although some are up to 70 percent. But many other regions still have no rail service at all. As a result, busses and taxis are being bombarded. Generous vehicle owners driving past crowded bus terminals have been offering rides to perfect strangers.

Food. Where did it go? Unfortunately, millions of Japanese have reacted with feat and uncertainty, rushing out to buy more food than they need. I’ve dubbed it “The Panic Purchase” and it’s left convenience stores, supermarkets and even vending machines barren. It’s not that there’s a shortage of food in the country, it is the simple fact that deliveries can not keep up with demand. Same goes for any place that sells bottled water. I have been teaching friends and family how to purify water thanks to a tip from none other than Mr. Wes Siler himself. Thanks Wes!

So, along with panic purchasing comes panic in general. People are doing just that. Fear of the unknown, fear of another Big One, fear of what the media is correctly and incorrectly reporting, it’s all contributing to widespread panic. Although not blatanly visible in public aside from the bare shelves, you can see it on web forums, communities, Facebook, Twitter and Mixi. 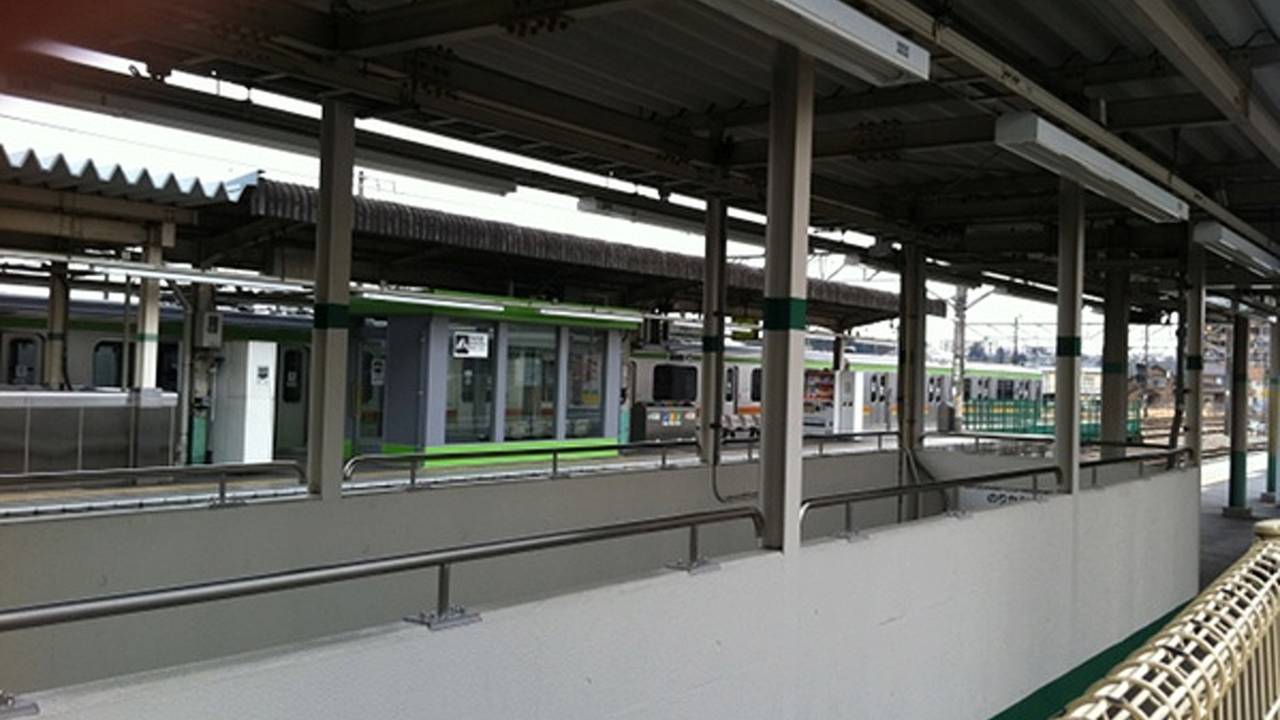 An empty train platform. This is a rare sight in a country where the majority of citizens commute by rail.

Fortunately for me and my family, I’m a veteran of the US Military where I was trained in disaster preparedness, response and survival. This isn’t the first time I’ve had to use that training. I’m able to keep those around me calm and collected. 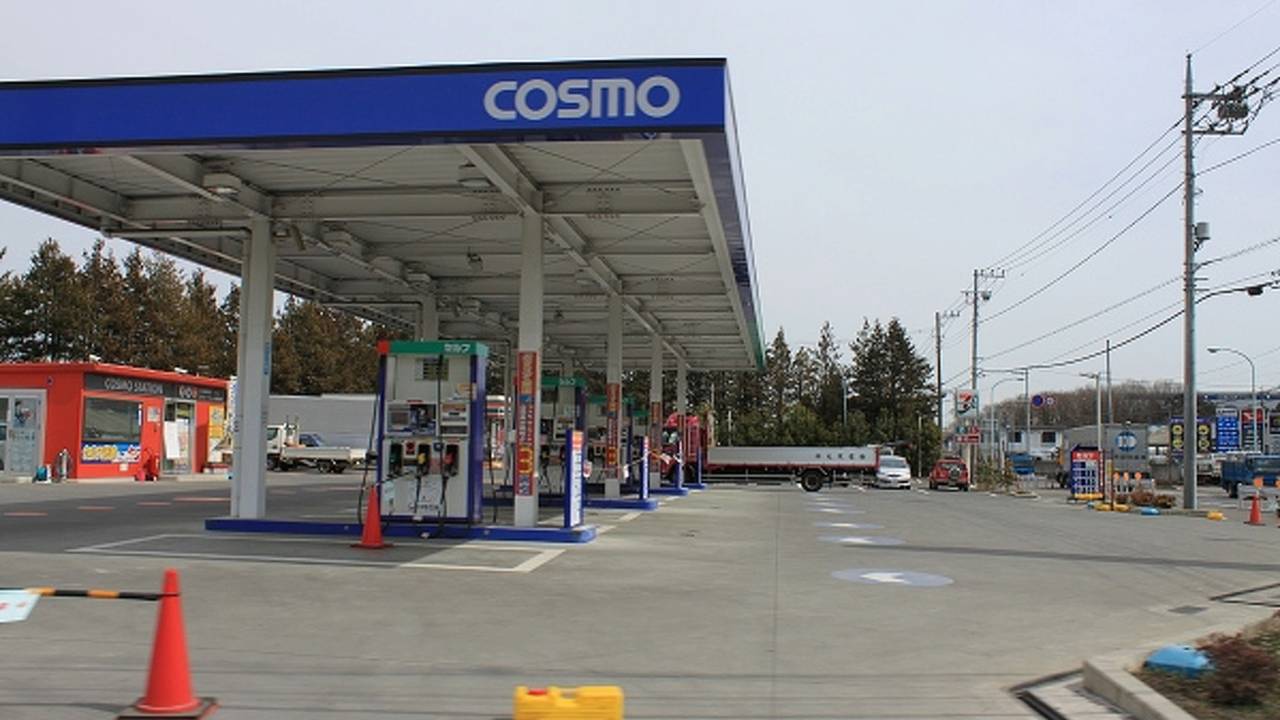 Speaking of panic purchasing, gas! Where has it all gone? Again, people think, “I need bread, water and gas!” And they buy as much as they can, depleting stocks. Deliveries were based on demand a week ago, when things were normal. But, there's no price gouging. Prices remain at pre-quake levels.

People are sitting in lines to gas stations, some over 1km long. Some people sit their with their engines idling, which is just dumb. Drivers have been getting stuck in lines for gas stations even when they don’t need gas. I’m lucky I happened to fill up my van just hours before the quake hit.

I have noticed many more motorcycles and scooters on the road. Obviously for a good reason. They use less gas and you can lane split to save time and money. Another sign of the times — people are riding two up. You rarely see the Japanese riding two up unless you run across a Bosozuko gang. Today especially I saw at least two dozen bikes running with passengers in the span of just an hour. 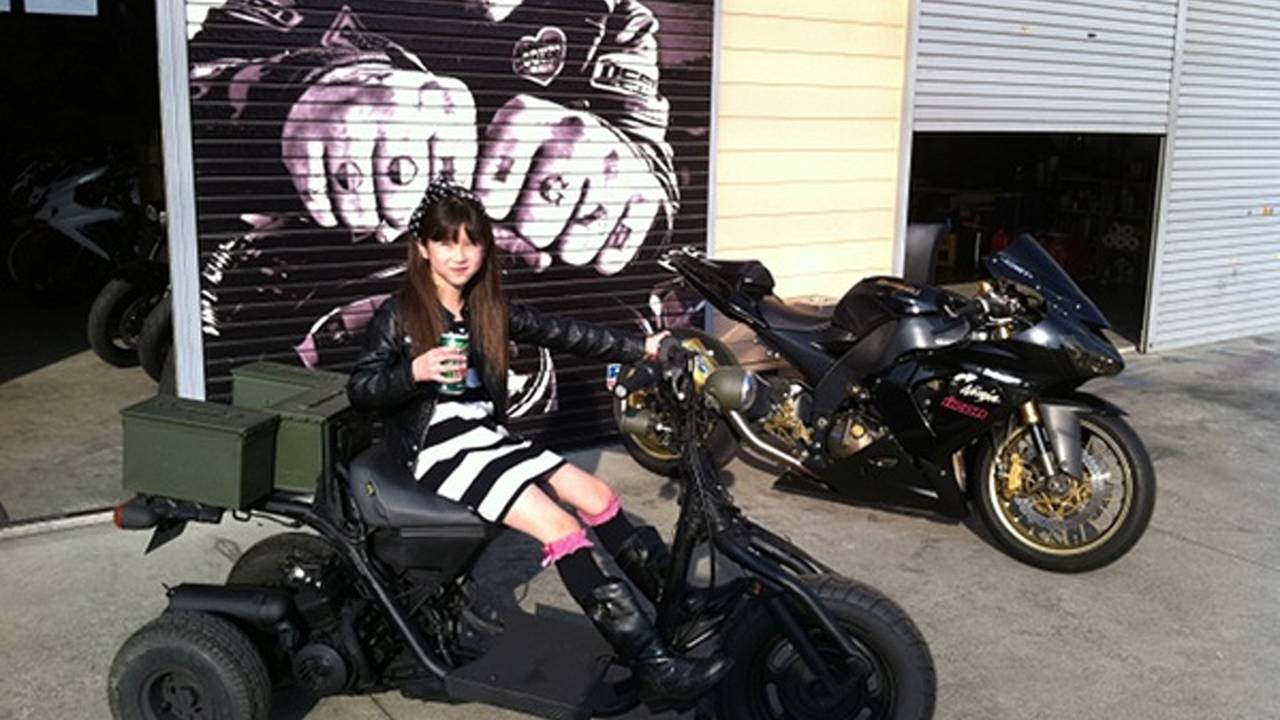 My daughter on the Gyro.

As for me, tomorrow I’m riding a bicycle 10km to the office to fix a CBR for a friend. Then, I’ll be on my custom Honda Gyro coming home. It isn’t much in the way of performance and prestige, but damn is it fun! I have a good excuse to use it now, I’m saving fuel. 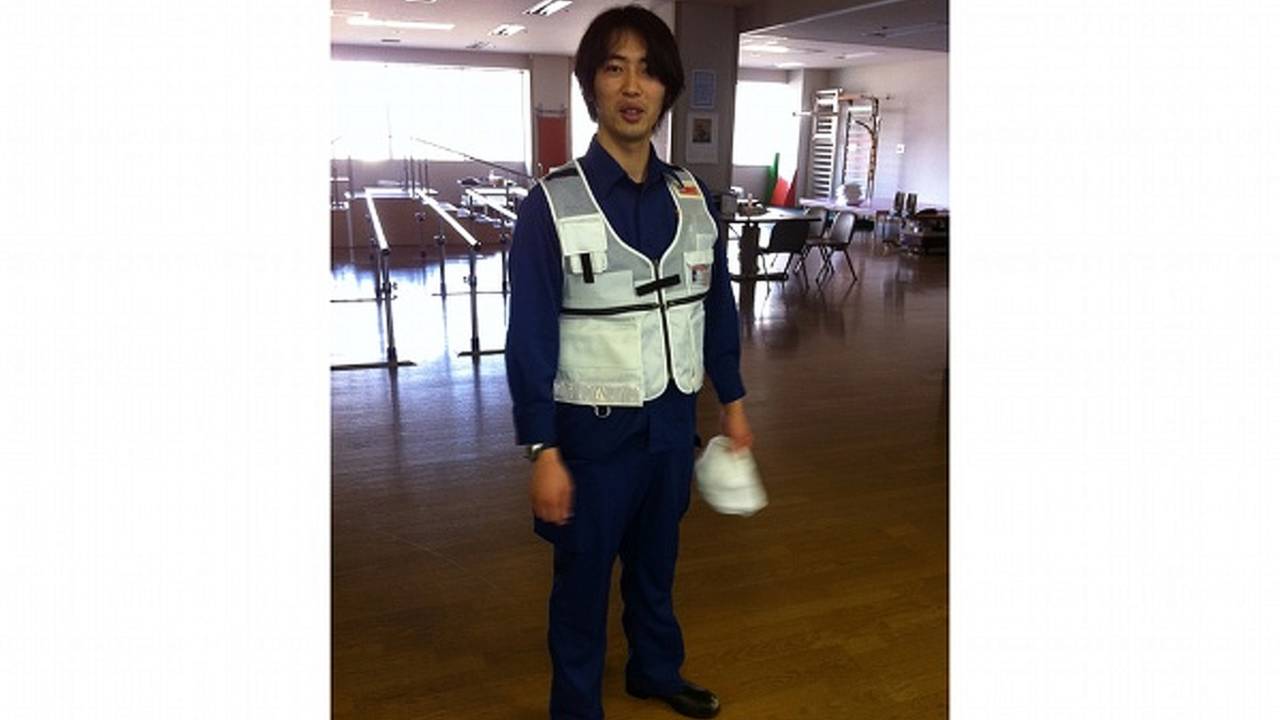 My friend Kato getting ready to run air rescues near Sendai.

I must commend the Japanese public. Even with all these problems, the citizens are maintaining respect, decency and order.

You can help by donating to the Japanese Red Cross.

By: Jason Fullington
++
Got a tip for us? Email: tips@rideapart.com