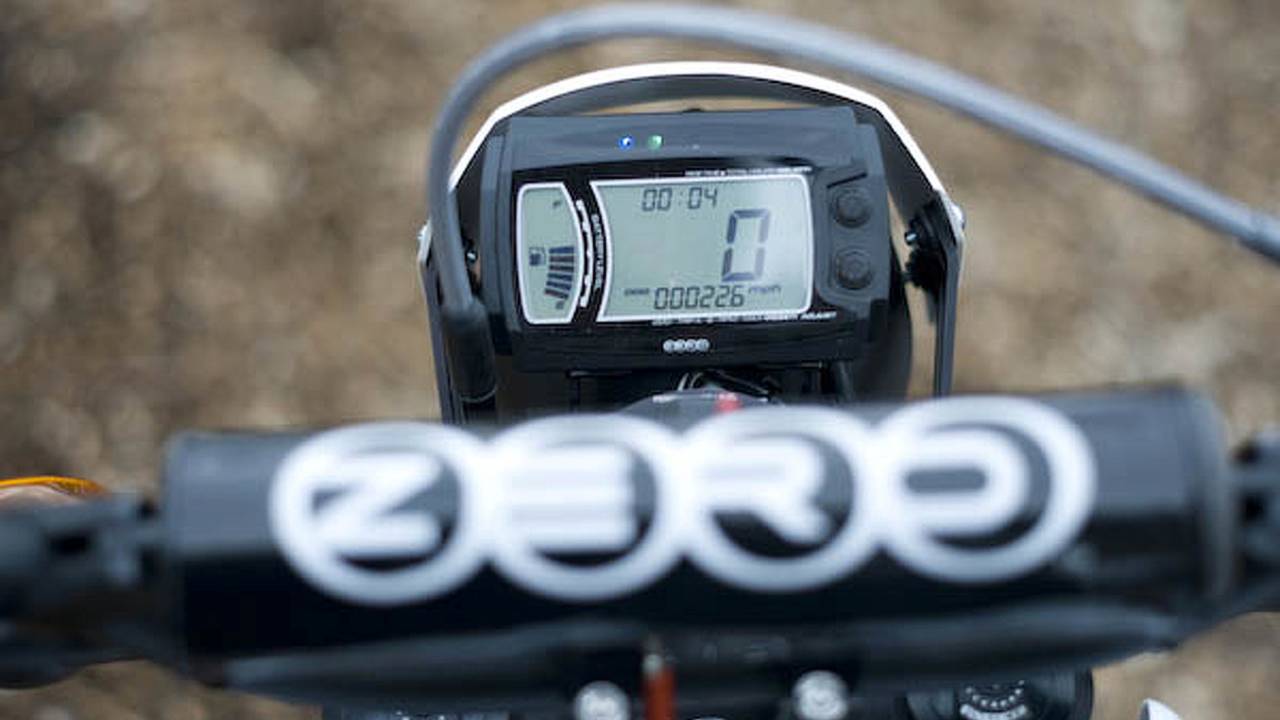 When I first rode the Zero X two years ago at Glen Helen, I was basically riding a weirdo chassis stuffed with a giant battery box, then fitted with bicycle parts and an electric motor. When we tried out the Zero DS and S models in Brooklyn last year, Zero had just figured out how to get the throttle response to act with the same kind of variable input as an ICE, steady throttle finally equalled s...

When I first rode the Zero X two years ago at Glen Helen, I was basically riding a weirdo chassis stuffed with a giant battery box, then fitted with bicycle parts and an electric motor. When we tried out the Zero DS and S models in Brooklyn last year, Zero had just figured out how to get the throttle response to act with the same kind of variable input as an ICE, steady throttle finally equalled steady speed. Could this year’s restyling and beefed up components really make that much of a difference? In a nutshell, sort of.

The clear winner in the lineup is the 2011 Zero MX. At $9,489 the Agni-powered MX is still on the pricey side and it won’t replace your thumper. Not by a long shot. That said, the MX is now a seriously fun machine for trails and small motocross tracks. If you ride dirt, have backyard trails or a nearby lot at your disposal, you should be looking at this bike.

Yes, it has obvious limitations with range that varies from 30-60 minutes based on how hard you ride. But, in terms of Zero delivering a machine that is engaging, fun to ride, and capable of tackling tough terrain that challenges the rider, the MX is fantastic.

No, it’s not the prettiest dirt bike with that giant white battery box, but now the chassis has real suspension, brakes, wheels, levers in all the traditional places, etc. The bike doesn’t clank, bottom out and groan through the ruts and the landings like the Zero X used to do at Glen Helen. It fact, the MX doesn’t make that much fuss at all.

Halfway through the second lap of the trails course that was set up, I stopped treating it any more gentle than the Yamaha WR250R I rode last month. The Zero MX isn’t as powerful as the WR250R, but the MX makes up for that with a curb weight of only 196lbs. In fact, the harder I rode, the less I paid attention to the fact that I was on an electric bike. The reminders came when jamming the brakes to back out the rear and set up for a hard turn. I kept panicking that the engine had stalled because it was so silent, without any of the engine vibration or sound I’m used to feeling that tells me I’ll have power to drive out of the corner.

Power from the 2kWh battery was always there, I just had to get over my knee-jerk reaction of planting my foot to save me from flopping over. By the last laps, I was going hard enough to throw it down the hill on a gravely, arced descent. There’s no way to tell if the bike is or isn’t still running after a crash, so I quickly learned to hit the kill switch before grabbing the bars to pick up the bike. Good times, right?

Unless you don’t do dirt, of course.

Right off the bat, this year’s DS is clearly better than the previous generation. The upgraded componentry, the revised dash and a “soft” carbon-fibre belt drive specially developed by Gates for Zero all combine to make the bike very smooth and whisper quiet on the road. All you hear from the bike is the electric whir and the tires on the pavement. Silently rolling through suburban developments and the hilly backroads in a pack of 10 bikes was definitely eery.

While the Zero DS is a viable form of transportation and better looking thanks to a light restyle, I can’t really say it’s incredibly fun or good looking. Then again, I don’t think I’m the target buyer for this bike. Sure, the Agni motor is good for 39lb/ft of torque at peak though it will spend most of its time at 19lb/ft of continuous power. The DS will cruise at 70mph and get you to work and back with a range of 43-58 miles. With a curb weight of 297lbs., sitting on the bike doesn’t feel terribly different to other dual sports. It holds its own well enough in the corners at speed, though the chassis did get a touch of the butterflies if the pavement gets wobbly.

With the federal tax credit, the bike starts at $9,455 and gets even cheaper if you live in places like Colorado. Basically, if you’re wanting to get into bikes but are either intimidated by traditional motorcycles or hate the associations that come with being a noisy biker and just want something to get you back and forth, then the DS and S models are an attractive alternative.

The problem is that even writing that last sentence makes me feel like I’m reviewing an appliance.

The new XU model that’s based off the X platform and intended for city use is in the same predicament as the S and DS models. Weighing 219lbs. with a seat height as low as 29.8 inches the bike is diminutive and unassuming. Again, the XU is functional transportation that’s offered as a viable alternative to traditional ICE-powered bikes and cars. It has a range of about 25-30 miles and can hit 51mph. The stature feels pretty similar to the Honda CRF230. But, with an MSRP that starts at $7,995 it’s not the cheapest. Neither is that 50lbs removable battery box the lightest to heft into the apartment or office for a charge. Especially without handles.

So basically the company is steadily developing proper motorcycles finally, the little motocrossers are rad and all the street bikes are a major improvement but still kind of beige, right? Yeah, pretty much.