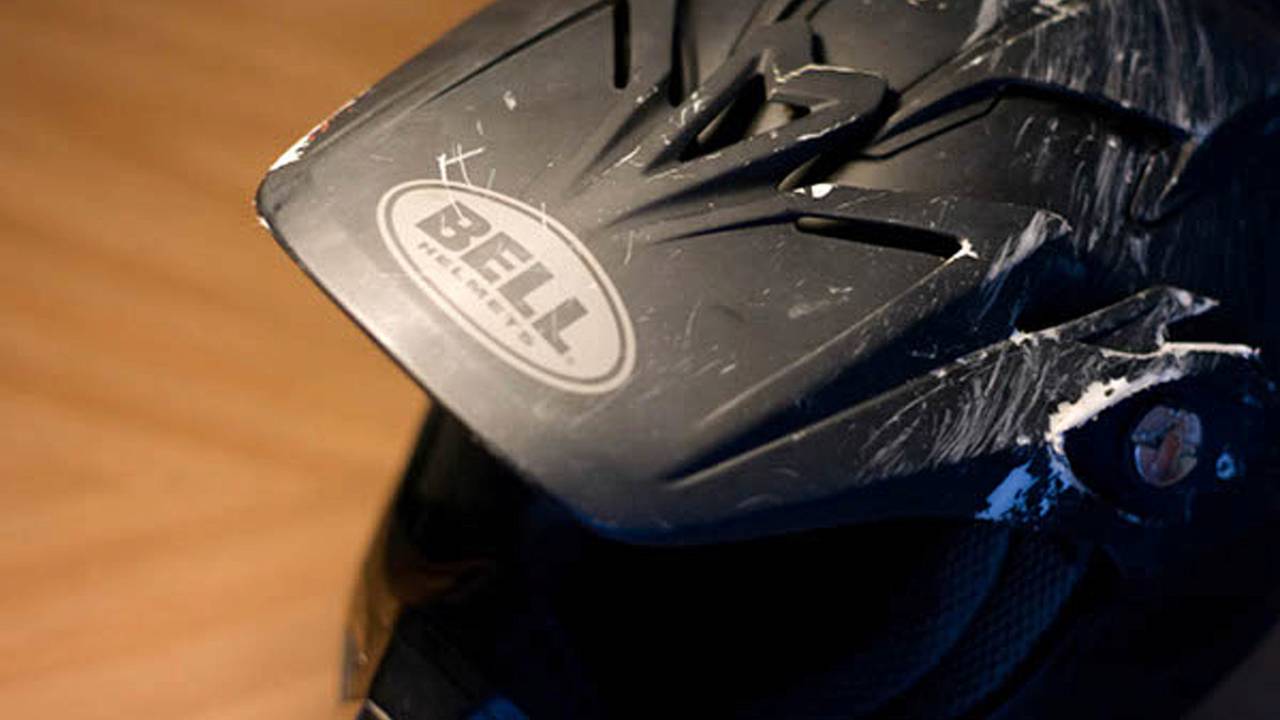 Everyone told me that wearing this level of safety gear on an adventure touring trip was overkill and it was kind of a pain in the ass. But when it was 45 degrees and raining, I was warm and dry; when it was 95 degrees and we were stuck in a traffic jam, I didn’t sweat to death; when I head butted the road at 50 or 60mph, I walked a way a bit woozy and unable to remember what happened, but not e...

Everyone told me that wearing this level of safety gear on an adventure touring trip was overkill and it was kind of a pain in the ass. But when it was 45 degrees and raining, I was warm and dry; when it was 95 degrees and we were stuck in a traffic jam, I didn’t sweat to death; when I head butted the road at 50 or 60mph, I walked a way a bit woozy and unable to remember what happened, but not even the least bit sore. Here’s a detailed look at the gear I wore to Labrador.

I was a bit worried about wearing a full-on motocross helmet on a trip that required days and days of big highway miles, but the Moto-8 was totally stable at highway speeds and a godsend when it got hot. As you can see, it’s now destroyed, which is a shame because this was a very nice helmet.

The only issue we had with the Moto-8 was fit, which is an issue with all helmets. There were actually two problems. One, the Moto-8 is a different shape to the Bell Star, so it took a little bit of back and forth to get the right size once a couple Larges arrived and we realized we needed Extra-Larges. Then, on the morning we departed, Grant, who hadn’t bothered test wearing his, found it to be hideously uncomfortable and we had stop at a dealer so he could buy something else. There’s not very much padding inside the Moto-8 so it’s very important that you make sure the shape is appropriate for your head or there’ll be pressure spots.

Made from a carbon/kevlar/fiberglass composite, the Moto-8 is exceptionally light (1,350g for a medium) and it’s made to the pretty good Snell M2010 safety standard. I prefer helmets made to the lighter and softer ECE 22.05 standard, but since this helmet saved my life in a crash, I can’t really complain. Ventilation is exceptionally effective and the peak rotates up or down using a clever system of retention screws that incorporate fold-away finger adjusters. It would probably have been too loud for highway riding, but after permanently damaging my hearing as a teenager I always wear earplugs.

MX goggles are essentially disposable, right? I buy a new pair before every trip, by the time it’s over they’re scratched to hell and full of crap. These Spy goggles weren’t any different. I bought them because they were the second cheapest goggles at Motorcycle-Superstore and I liked the all-white. I suppose they did an admirable job of not fogging and not scratching too badly until halfway through the trip, which isn’t bad for $35.

This is an old jacket that I’ve had for years and it’s no longer made, but I supposed the current equivalent would be the Alpinestars Durban Gore-Tex Jacket. Essentially, it’s a Cordura shell from which I removed the armor and that incorporates huge panels that zip off to reveal mesh vents across the entire torso and back. Unzip them and remove the Gore-Tex liner and it’s extraordinarily well ventilated, zip them up and button the liner back in and it’s warm and 100 percent waterproof. What more could you want?

Secondary features like huge pockets and a belt that keeps it tight to your body are really useful as are numerous other fit adjusters that expand so big it can accommodate motocross armor underneath, but be cinched back tight so it doesn’t flap around.

The best part? It’s survived two big crashes with only a scuff on one shoulder. Having said that, I’m beginning to think it’s cursed.

Motocross armor on a road trip? I’m OK off-road, but I was a bit worried about riding a fully-loaded 450lbs adventure tourer hundreds of miles from the nearest hospital through unknown conditions, so I figured I’d take every step possible to ameliorate risk. Steps like this jacket.

The only problem with wearing motocross armor that’s separate from the outer jacket is that putting it on and taking it off is a bit of a chore, but once it’s on, you don’t notice it. There’s plenty of options for adjustment to tailor it to your specific needs.

Stopped at some service station in Maine, a dumb hick actually asked if it was “some sort of MP3 player.” Really?

Again, I hit the road at 50 or 60mph and, seriously, I wasn’t even sore afterwards. A big part of that was probably this very protective torso and arm armor. Highly recommended.

These were the “OMG $1,200?!” Gore-Tex Pro Shell leather trousers that everyone got so upset about when they were unveiled last year. I actually have the whole suit, which incorporates a chest protector in the jacket, so I probably could have gotten away with wearing the whole thing on this trip, but that jacket’s a bit hot so I didn’t bother.

Basically, Pro Shell is a new material from Gore-Tex that laminates a waterproof, breathable membrane to the inside of hydrophobic leather. It’s fully waterproof, doesn’t soak up water, but feels and works just like normal leather. The thing you have to learn about it though is that the perforations are there to allow the membrane to breathe, not to flow air. Having said that, unlike the jacket, these pants work just fine when it’s hot.

I was a bit disappointed in the quality of the armor in these, especially considering the price. I swapped out the cheap memory foam in the hips for some more substantial proper armor foam and ditched the foam armor in the knees in favor of thermoplastic items from another Astars suit.  Once that’s done, these are some seriously nice pants.

The best thing to say about the 365 trousers is that I wore them all day every day for over two weeks and in all conditions and never even thought about them. They’re comfortable and they do the job they say they do. In the crash, they didn’t even get so much as a scuff. The leather is thick and the stitching sturdy and there’s double leather in all the right places.

Alpinestars doesn’t feature the 365 suit on its website, but if it returns, go for the pants, they’re a serious one-item solution to all motorcycle needs.

I already wrote a love story to these gloves, so my feelings are public knowledge. Unfortunately, I think wearing them for two weeks straight in all weathers means I have to retire them.

The heated grips on the BMWs meant these were all I needed at any temperature. Sure, my hands got wet when it rained, but they didn’t get cold and the textile uppers don’t soak up water and get all heavy and mushy.

Basically, these are dirt gloves with street protection in the form of reinforced leather palms and knuckle protectors. That meant they were perfect for Labrador since we did big distance on both surfaces. I’ll miss these.

It was these, even more than my “MP3” armor jacket that caught the most ridicule. But, again, we were doing dangerous things a long way from nowhere and I wanted to put the safest possible thing on my feet. That’s these Tech 10s.

These are heavily ventilated motocross boots, so they were comfortable in the heat, but a pair of Seal Socks transformed them into waterproof and warm as needed. I prefer this solution over winter boots as its just more versatile and I can buy new $20 Seal Socks instead of throwing away $400 boots when they spring a leak.

Now that I’ve had these Tech 10s for a couple years they’ve finally broken in and are all-day comfortable. I’m really glad that I went “overboard” on protection, it paid off.