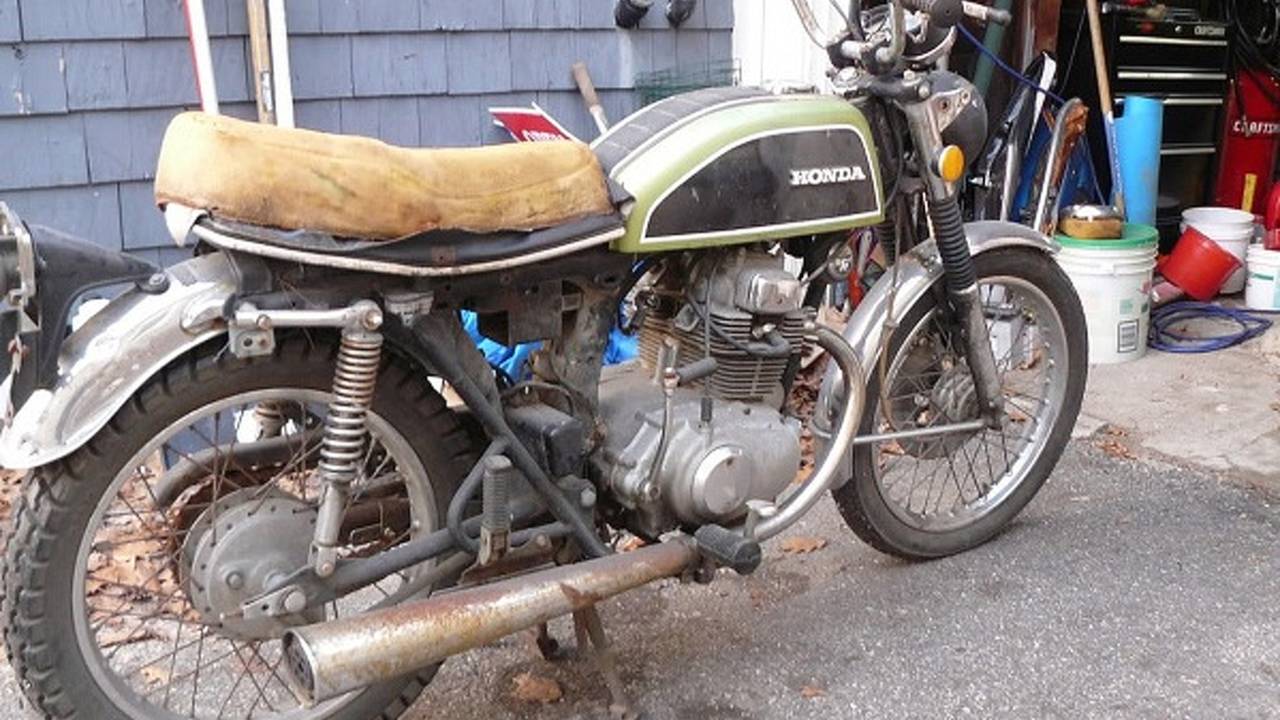 Metric Motorbike is a new shop in Portland, Maine specializing in practical, reliable, appealing customs based on old Japanese bikes. This Honda CB200 is their first build and a good indication of where they’re going; it’s sweetness personified, but practical and affordable too. Photos: Tom McPherson Update: an HFL reader purchased this bike last night. “I’ve been riding and working...

Metric Motorbike is a new shop in Portland, Maine specializing in practical, reliable, appealing customs based on old Japanese bikes. This Honda CB200 is their first build and a good indication of where they’re going; it’s sweetness personified, but practical and affordable too.

“I’ve been riding and working on old bikes since the late ‘80s when I bought a ‘74 RD400,” says Scott Link, the man behind Metric. “A year later I picked up a ‘70 Triumph TR6 and have had zillion bikes since then. A few years ago I started building custom bikes from the ground up after a buddy gave me an old CB750 basket case. The hobby has started to develop into a business as folks have started to ask me to build for them and some of the things I’ve learned to do along the way have become increasingly valued as vintage bikes and custom vintage bikes are on the rise.”

“This bike is a 1974 Honda CB200. I went on kind of a buying spree in the summer of 2009. That season I bought about 7 bikes in varying states of disrepair. That little 200 sat in my garage leaning against a wall until Christmas eve of that year. I couldn’t figure out exactly what I wanted to do with it and I let it sit there while I worked on a couple of other bikes.”

“I finally decided that a cafe based build was what I wanted to do. A sleek little bar hopper or very stylish commuter bike. I was definitely building this for resale as I’m 6’1” and 210lbs. There was no way I was going to be able to ride this comfortably for very long.”

“I tried to be mindful that being a 200cc bike this was most likely going to be starter bike for someone or maybe a great bike for a very cool girl to ride! With that in mind I didn’t want the full clip-on and rear sets cafe treatment, but a more comfortable modification of that using drag bars and the stock foot position to keep it comfortable but still give it an aggressive stance.”

“The rest was all about styling and reliability. I wanted to keep the cost down a bit so I did not install electric ignition but opted for Mikuni vm20 carbs which combined with spot on timing give the bike first kick dependability. And again the cool factor of having a kick start bike that someone of smaller stature can kick without risk of being hurtled through the air if they miss!”

“Christmas eve that year was a balmy 60 degrees which here in Portland, Maine is a treat so I took the opportunity to dig in to it right then. I built the bike slowly finishing up in August and early september.”

“I created a fiberglass seat that was designed to mimic the lines of the classic 200 tank and provide room for battery relocation under the seat bump. I loved the old Honda silver and red racing color scheme and gave it my own twist by darkening the silver to a metallic smoke gray.”

“I hand drew the tank decals using the Norton font, this has been done before but I love the look of it.”

“The biggest challenge with the build was the camshaft meltdown after reassembly due to top end oil starvation. After this happened I learned through researching that it is a fairly common problem with these motors as well as the 160s and 175s. I learned to never trust the manual!!”

“The mechanical front disc brake proved a bit challenging to set up and get right but works quite well once finished.”

“The bike was 100% stripped and built by me with no outside work done at all. I had a lot of technical help and moral support from the great folks at DoTheTon.com and HondaTwins.net.”

“I am currently building a ‘74/’75 CB360 “brat tracker” that build and whatever else is going on in the shop can be seen in my blog. I am also selling the fiberglass seats for those that are interested and have a line of t-shirts that I have asked local artists to design with the vintage bikes in mind.”