KTM won't be out done this year, officially unveiling the new 2015 1290 Super Adventure, using the 1301cc V-twin engine from the 1290 Super Duke R. The Super Duke R's motor has been tuned to 160hp thanks partly to all-new cylinder heads.

The Super Adventure is fitted with KTM's Motorcycle Stability Control system which prevents the front washing out under braking in a bend, as well as limiting the tendency of the bike to stand up and go straight when braking.

The new performance adventure model also gets semi-active suspension, cruise control and heated seat and grips. Options include electronic hill-hold control. The assumption is it operates like a manual car by applying enough braking pressure to keep from rolling backwards for a few seconds. KTM is going so far as to call it 'the safest motorcycle in the world,' again.

"...it's the stability control MSC that makes it the safest motorbike in the world, launched for the first time last year in the KTM 1190 ADVENTURE and KTM 1190 ADVENTURE R models. Developed in close cooperation with Bosch, this riding dynamics control ensures that the anti-lock brakes and traction control of the KTM 1290 SUPER ADVENTURE are controlled with respect to the current lean and dive angles, which means they even work while leaned over and cornering," according to KTM. 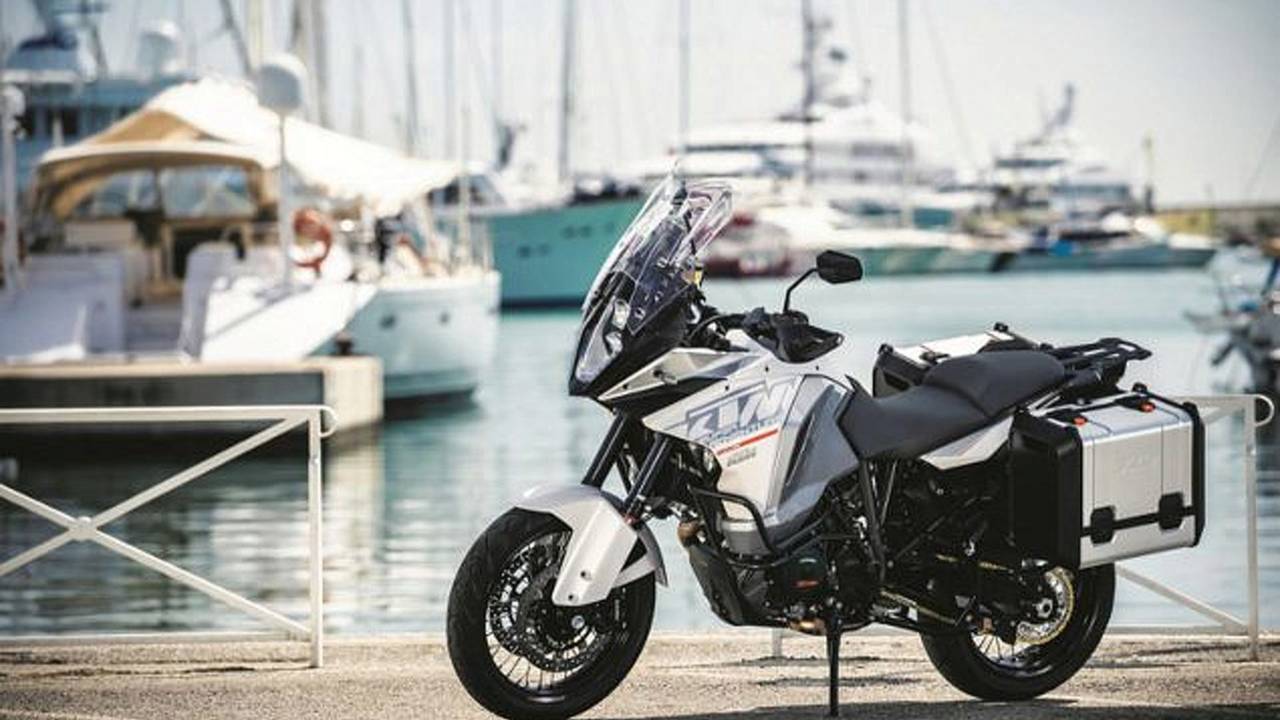 THE 1290 SUPER ADVENTURE:The name says it all. Embodying superlative technology in every respect, this bike aims at the segment of luxury touring machines, which is new for KTM, as far as its power, comfort and equipment goes – but of course with an explicitly dynamic touch.

Already exemplary on the KTM 1190 ADVENTURE, ride comfort was once again increased on the KTM 1290 SUPER ADVENTURE. For example, wind protection was optimised with a new windshield that the rider can adjust with a single hand. A heated seat and heated grips exude comfortable warmth if needed, and a large 30-litre tank provides an adequate range. 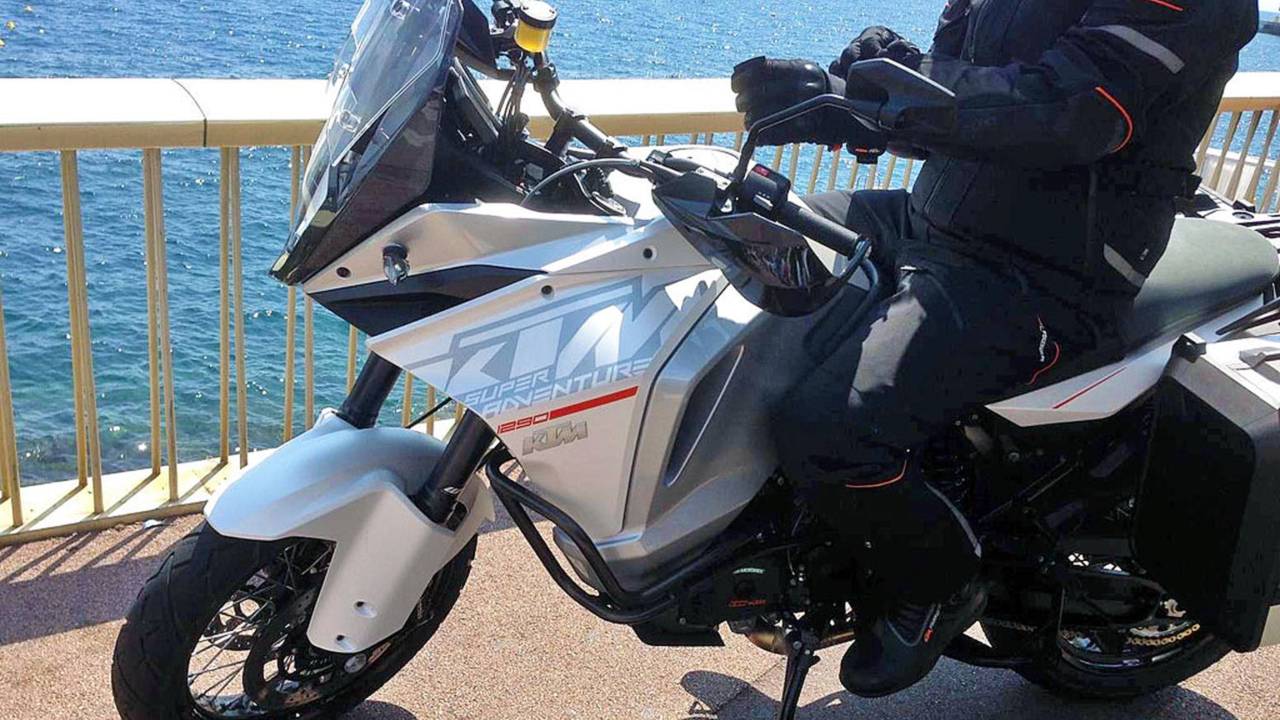