An Open Letter To Motorcycle Manufacturers on Female Anatomy 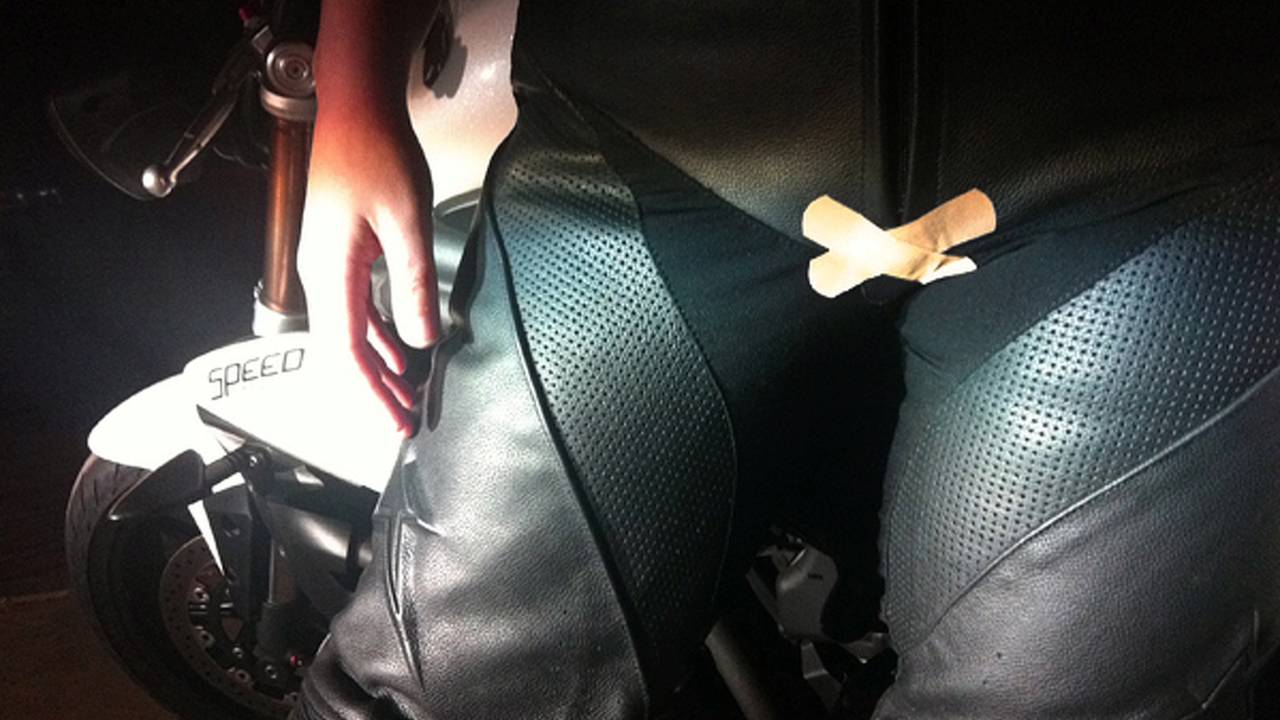 An Open Letter To Motorcycle Manufacturers on Female AnatomyCould it be? Could motorcycle manufacturers be unacquainted, unfamiliar or just plain...

Could it be? Could motorcycle manufacturers be unacquainted, unfamiliar or just plain uncomfortable with female anatomy? If the way in which pillion seat shape has evolved in recent years is any clue, the answer to that question could be yes. And no to vaginas. Bike makers, HFL's den mother has a bone to pick with you. — Ed.

There's a beautiful motorcycle sitting out in the driveway right now. Triumph, you've done well with the new Speed Triple. It's one of the most comfortable bikes I've ridden as a passenger — the pegs are in a great position, my head sits just above the rider's giving me a perfect field of vision without the nasty head bobble that so often comes with being able to see and the gas tank is a super comfy reach for bracing myself when slowing and stopping. So what I am complaining about? The damn triangular protrusion in the center of the pillion seat is all up in my business.

Which got me thinking: who the hell designs these passenger seats I'm riding on all the time? My labia and I would be much obliged if you could please pass this note along to the responsible party in each of your organizations. We're fairly certain they need to be shown the error in their ways, given a basic lesson in female anatomy, and then be directed toward the achievements of the bicycling industry which, by all appearances, has already put a lot of energy and effort into solving this problem.

So what is the problem exactly? You are shaping passenger seats with a ridge raised in the center, sloping down to the sides. Yamaha's R1 passenger seat is probably the worst I've personally experienced, but the offending triangular design can be seen across nearly all major manufacturers. You'll find it on the Multistrada, the S1000RR, the 848, 1098 and 1198, the Norge, and the VFR1200F. The list goes on. Yes, such a shape looks pretty for a seat cowl, but the functionality of said shape as an actual seat is downright awful.

Let's talk about lady anatomy for a minute. Girls (the folks using these seats a majority of the time, FYI) have this thing called a vagina. It lives between our legs and in most cases prefers to be handled with care. When a lady sits, her sit bones have a wider footprint than those of a male; it's that child bearing hips thing in action. That means our sit bones are left hanging out at the lowest point of the slope while the peaked center places a majority of the force on our delicate lady bits. Here's a picture I drew for you, just in case I'm not making myself clear:

Labias around the world would rejoice if you considered either of two alternate design options. Why not take a cue from Suzuki's GSX-R? A peaked solo cowl seat cover looks great, but the seat itself is flat and non-pokey.

Or, even better, just admit that you're putting passenger seats on bikes to get men laid and do everything you can to make it comfy for the target of their affection. Do riders a solid and consider putting a vagina-friendly channel on passenger seats. Bicycle seat manufacturers have figured out all kinds of neat tricks to be nice to lady parts. Feel free to take a hint from them.

Whatever you elect, just pretty, pretty please stop making passenger seats shaped like torturous triangles of labia death. That is all we ask.