Why I Ride A Slow, Uncomfortable, Unreliable, Noisy Motorcycle 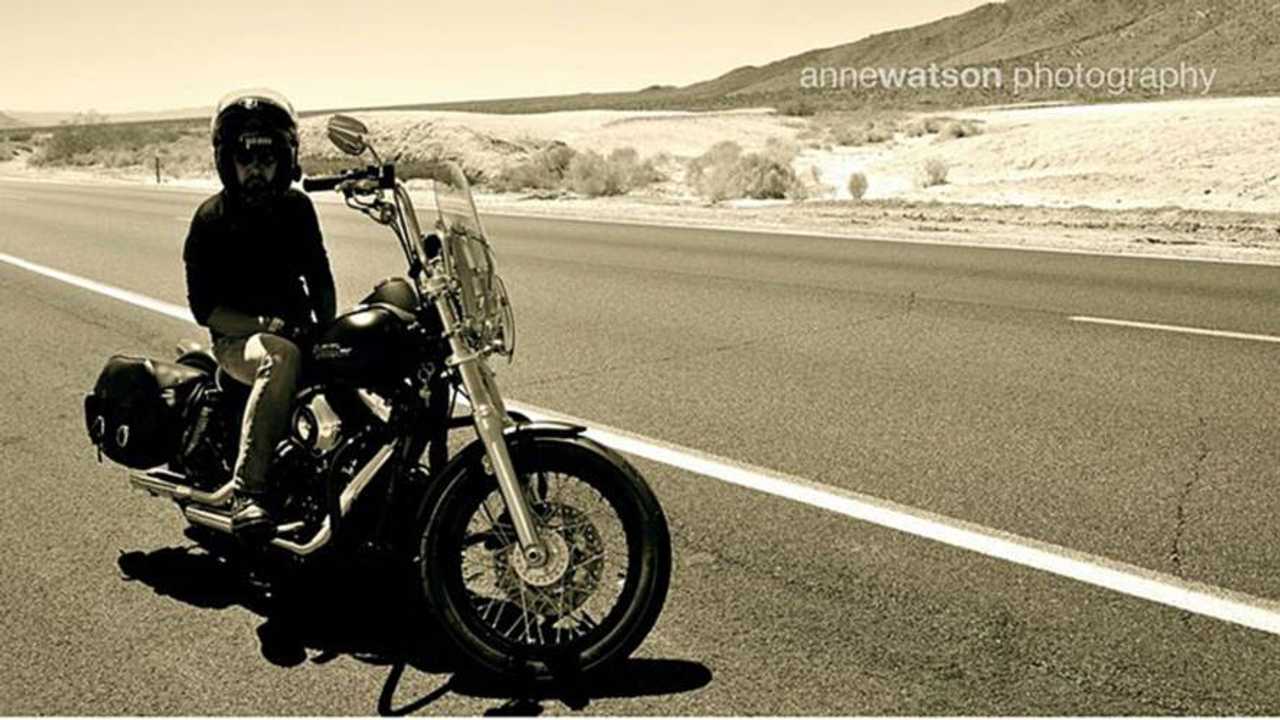 Why I ride a Harley-Davidson with 17-inch ape hanger handlebars, a massive sissy bar that has the technical sophistication of a very large lawn mower?

If you ever saw my motorcycle you’d think I was a complete idiot. You would ask yourself why on earth would someone ride something with 17-inch ape hanger handlebars, a massive sissy bar that looks like a throwback from an early 1970s biker film bolted to a motorcycle that has the technical sophistication of a very large lawn mower?

It’s also noisy. Very noisy. Under hard acceleration it sounds like a moose bellowing as if someone had just slammed its testicles in a car door.

I honestly didn’t want it to be like that. But when my bike left the Harley-Davidson factory its stock engine set-up meant it ran so lean that the heat from the air-cooled motor made it almost impossible to ride here in California when temperatures climb into the 80s.

So I changed out the stock pipes. But then I was told I needed a new air filter and a re-map of the engine. All of that didn’t make my motorcycle much faster but it did suddenly come alive. And it sort of cooled down.

Its exhaust can be truly obnoxious which is why I ride with a light hand on the throttle in built-up areas. When there’s nobody about and just me and an open road I revert to the moose bellowing. But after a while it can make even my head hurt and then I wonder about my sanity and why I ride this damned bike.

I have read and re-read the countless things I could do to make its V-twin 96-ci engine faster and perform better. But I’m not convinced. I look at my bike and I am not sure that it is either.

At idle it shakes like a carnival ride and if I look down for too long the vibrations make my vision go blurry and then my hands go numb.

I hate the fact every single bolt and fastening has to be glued in place to stop them falling out. Before each ride I always have to check it over so it doesn’t leave me standing at an intersection with nothing more than the handlebars, a seat and a pile of parts.

The ape hanger bars were an after thought. I’d seen some of the Mexican low rider motorcycles in my neighborhood with mean looking dudes using them on their bikes.

I’ll admit they look preposterous (not the Mexican dudes) and I have lost count of the number of people who ask me precisely why I have them. I can’t give them a satisfactory answer. I just like ape hangers.

I did have an idea once of how I wanted my bike to look. I thought a sort of 1950s bobber style with some classic retro parts. But it’s become a bit of a mish-mash and not quite how I envisaged it would turn out.

I paid good money for a special order 32-inch sissy bar for the back of my bike. Some people have said looks like I am riding a remote control motorcycle or others have asked if I ever receive radio wave interference through it. It serves absolutely no purpose, rattles like hell all the time and makes getting on or off the bike a contortionist’s act. But I like the way it looks.

In a moment of madness I once took the front fender off. But this resulted in the bike and my face being sand blasted from road grit. Even an artfully tied bandana between the forks when it rained meant all that happened was a jet of water was thrown off the tire and straight up my nose. In a matter of hours the fender went back on.

I also kept the stock solo seat too. But if I were honest it would be more comfortable sitting on a piece of cardboard. There’s no back support and I feel I can ride over cigarette butts and tell you if they’re filtered or unfiltered. But I like the feedback from the road that it gives me even if on long rides it kills my back.

There’s an ugly gash on my bike’s left peg where I thought I could easily squeeze between a parked car and a wall to ride down a back alley. And there’s a dent the size of a dime on the front of the gas tank, caused by a rock flung out of a truck tire on the freeway. I’ve left it as a reminder of what that would have done to my face if the rock had hit me.

The factory fit rear brake light, which some say looks like a limp chrome dick, works intermittently. The rudimentary fuel gauge that may well have come off a 1960’s child’s pedal car some times pops out of the tank when I least expect it.

And I constantly have to check the primary plug for leaks as I over torqued it once during an oil change and stripped the thread. The chopper-style headlight I bought for it and which replaced the perfectly serviceable original light, is about as useful as a candle in the wind. But in daylight and probably only to my eyes it looks good.

Of course there are far better bikes out there I could have bought. There are many that are faster and nicer looking that probably have more engineering sophistication in their front brake lever than my entire motorcycle.

But herein lies the problem. For everything that irritates me about my bike it always without fail makes me smile every single time I get on it.

I have ridden it through empty deserts, up mountains and across, around and through nine states covering more than 8,000 miles in the process. I have nearly been taken out by an 18-wheeler on a downhill mountain pass and I once ran over a rattlesnake with it in the Mojave Desert.

My bike has taken me though some astonishing U.S. backwater towns in 100 plus degree heat and then a few hours later up into the mountains and over snow covered roads.

And, just like legendary Western lawman Wyatt Earp, I too once rode into Tombstone, Arizona, on it.

It’s my motorcycle. It drives me nuts at times but it’s been through a lot with me and has now become a part of my life. And for that reason alone I will never, ever sell it.