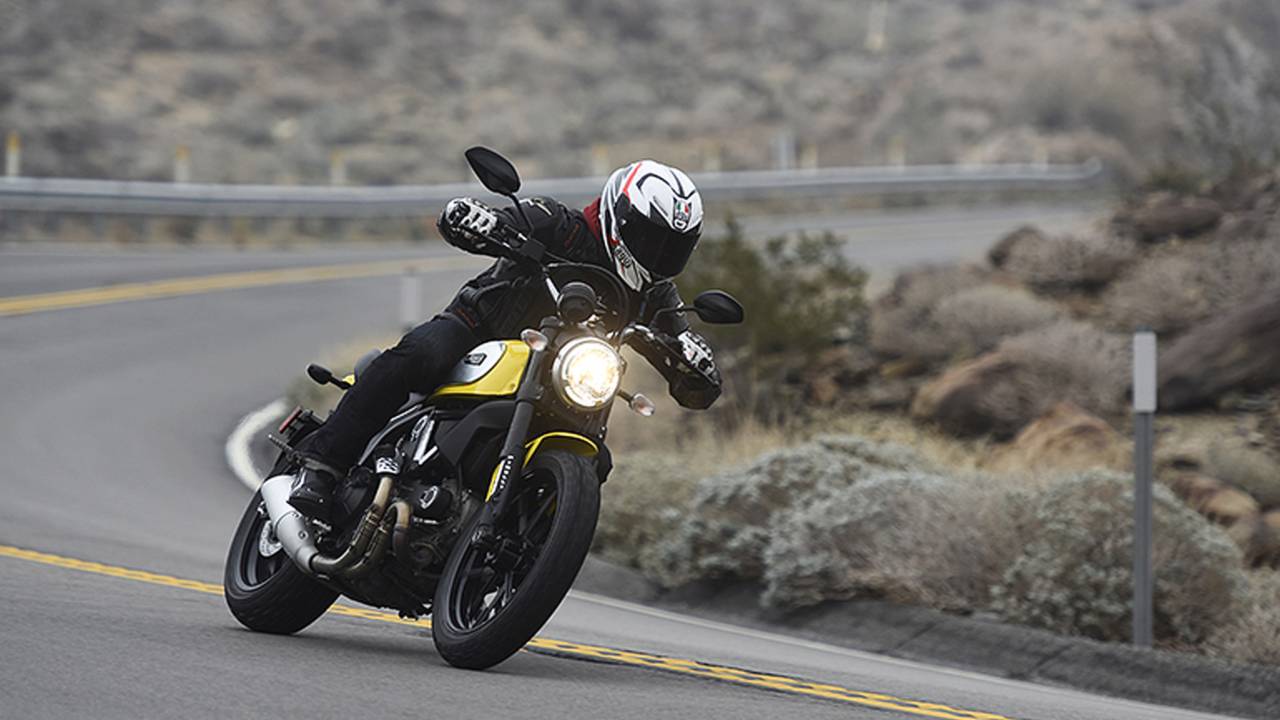 We've settled on 500 pounds as a great middle ground for bikes that are easier to ride and steer, but still come with enough displacement and power to get you where you need to go.

If you’ve ever tried threading the needle at slow speeds in traffic or just meandering your way around a busy parking lot, you know how difficult it is to deftly helm a heavy motorcycle. There are advantages to riding a lighter motorcycle in these situations since they’re generally more nimble. They’re also easier to lift should you drop the bike. But that doesn’t mean you want to ride something featherweight on a daily basis, since you also need a modicum of power. We've settled on 500 pounds as a great middle ground for bikes that are easier to ride and steer, but still come with enough displacement and power to get you where you need to go.

The SR400 hasn’t looked this good since, well, 1981 when it last showed up. And the bike looks largely unchanged, and that's a very good thing because it’s a classic. Thankfully, it does get modern brakes, suspension and tires. The 399cc engine doesn’t seem big, but the low end torque is good for a smaller bike, and the kick starter is reliable each and every time thanks to electronic fuel injection. The SR400 is a narrow bike with a 30.9 inch ride height, which means it’s easy to maneuver and bring to a stop. The fact that it’s a great urban bike with plenty of classic style is all the more reason to consider it.

If ADV riding is your thing and you happen to love Beemers, then the F700 GS is worth a look. It’s not in the big leagues of power and hauling capacity like the F1200 GS, but it is substantially lighter—by about 64 pounds. The low weight makes it superbly manageable, while the 75 hp, 798cc engine provides ample power both on and off road. Comfort is one of the F700 GS’s bragging rights thanks to the upright riding position, and it’s eminently capable on both street and trail with the proper tires. ABS is standard on the F700 too, so you know that control along with lightness makes for ideal safety.

When it comes to production motorcycles, it’s hard to find a more classic bike than the Bonneville. Iconic, handsome, and easy to ride, it’s an excellent choice for beginners and intermediate riders.

It will always look timeless thanks to the design and great urban riding stance—the fact that it’s light is just a solid bonus. The 865cc parallel twin isn’t exactly a powerhouse, but rumor has it that the Bonneville will finally get air cooling next year and a welcomed power bump as a result.

It’s the Ducati for the common man, and it might just be Ducati’s sweetest bike. Underneath its retro good looks, the Scrambler’s got 75 hp from the 803cc air-cooled and fuel-injected V-twin that originated in the Monster 796.

Of course, it’s not the power that nabs you, but the lightweight nimbleness, upright riding position, the crisp and simple gauges, the vintage ethos, and the fact that it’s actually affordable for most human beings.

Midway through 2014, Kawasaki did the right thing for the KLR650 by improving lots of the little things. It now boasts improved damping, a better seat with more padding and a narrower shape toward the front, as well as overall firmer suspension. As a result, it’s better off road, handles better on road and still has sufficient power from its liquid-cooled 651cc single. It might just be one of the best all around bikes you can buy, and the improvements make it coveted as a versatile and capable bike. We’re also glad the weight is far from being a hindrance.

It’s the bike that’s geared toward non-bike-riders who might otherwise be intimidated operating the clutch and shifting gears. It’s operated by a fantastic quick-shift dual clutch automatic transmission as an available option, and you can easily concentrate on the road and not worry about your left foot. The left hand, rather than operating the clutch, can perform a simulated manual shift at the push of a button.

The CTX700 also has the looks of an urban roadster with the height and ride position of a cruiser for great comfort. What’s more, it’s also a very manageable 500 pounds for maneuverability, and drives like a big scooter, even though it has far more power than one with its 670cc parallel-twin.

Who said a bike has to be big to be lovable? The Grom is downright tiny, but shockingly street legal and operates like a regular motorcycle. The Grom easily fits into the sub-500 lb bike category while clearly not being a daily rider—unless your commute is local and below 50 mph —due to its super-small 125cc displacement and diminutive size. But it's an absolute hoot to ride, it's tossable in every way, and it's ridiculously economical to buy at $3,199. Plus, it gets 103.5 mpg, which is just plain nuts.