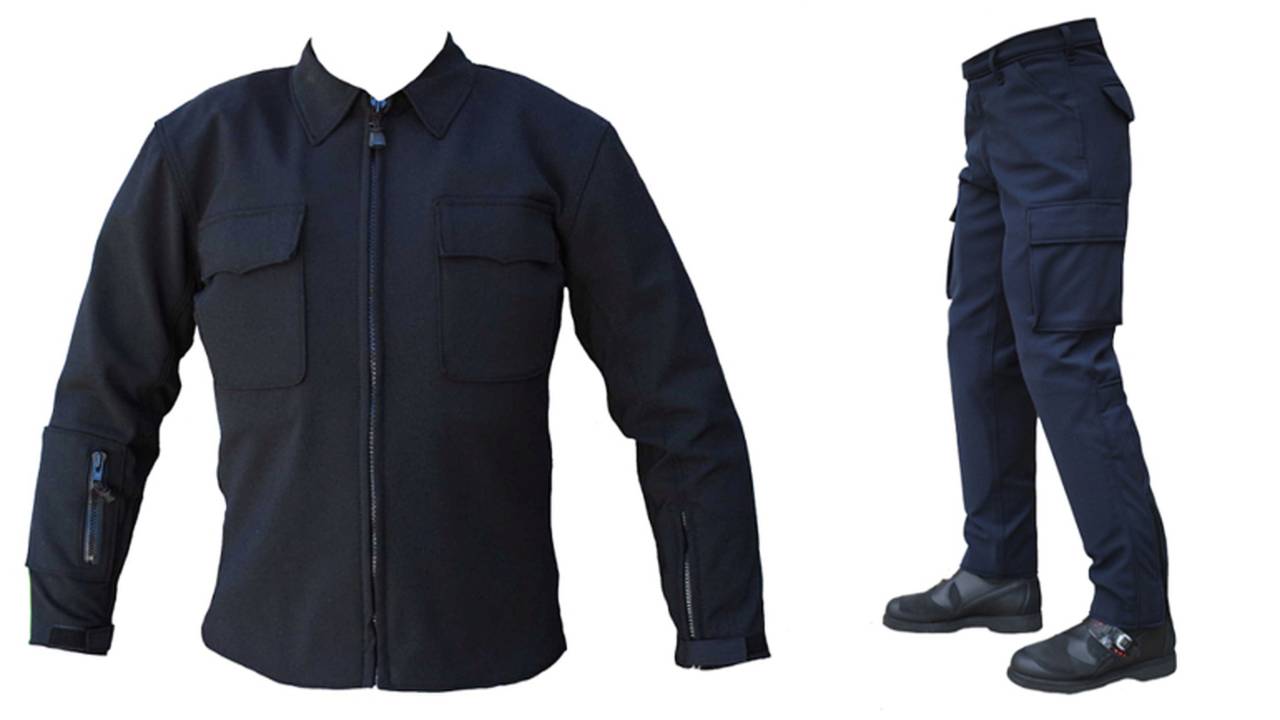 Motorcycle police are getting geared up thanks to the new protective line from Motoport USA. California officers are some of the first to get the new gear.

Motorcycle patrolmen in Anaheim, Calif., are finally getting more protective riding gear. A story by Joseph Pimentel in the Orange Country Register reports that the city’s 19 motor officers will soon be wearing “ high-tech and low-weight mesh Kevlar uniform that will provide more comfort and much-needed slide protection.”

The new uniforms will be supplied by Motoport USA, a San Marcos-based company that specializes in protective motorcycle apparel. Each officer will receive two sets of dark navy pants, a long-sleeve shirt, a jacket and boots that are shorter and more rugged than the knee-high horse riding boots. Each suit roughly costs $1500.

The mesh and stretch Kevlar fabric incorporates high-density foam armor that makes it 15 times stronger than the highest race-grade leather, according to Motoport CEO Wayne Boyer. The company has sold uniforms to more than 250 law enforcement agencies nationwide.

“The best leather in the world rips (from) anywhere from 50 to 100 pounds of force and every time leather gets wet and dries out it loses 20 percent of its durability,” he said. “This is machine washable and tears with 1,269 pounds of force… These guys can crash going 100 mph and the jackets and pants will hold up.”

Sgt. Rick Boyer (no relation) said, “This has pads on the shins, on the side, on the butt, the tailbone, pads on the elbows and shoulders and the jackets. There has been a tradition among motor officers to wear uniforms designed for cavalry officers, said Sgt. Boyer. But the traditional uniforms – popularized in the 1980s TV show CHiPs – were hot, uncomfortable and lacked any safety features. My dad rode a motor for 20 years for Riverside PD in the 1960s,” Sgt. Boyer continues. “I saw what happened to him (when he crashed). And we’re still wearing the same thing they were wearing then.”

The Register story also quotes department spokesman Sgt. Daron Wyatt: “There’s a saying in the business, ‘There are two kinds of motor officers – those that have been down and those going down.’ It’s inevitable at some point.”

Before the purchase, the city had two officers test the suits in the field. Officer Tony Karg found them more comfortable, cooler and provided a safer feeling than the traditional outfit. “It’s like wearing pajamas,” he said, adding the material is breathable, which keeps him cool on a hot day. “Having been down before, it’s a good feeling knowing that you’re protected.”