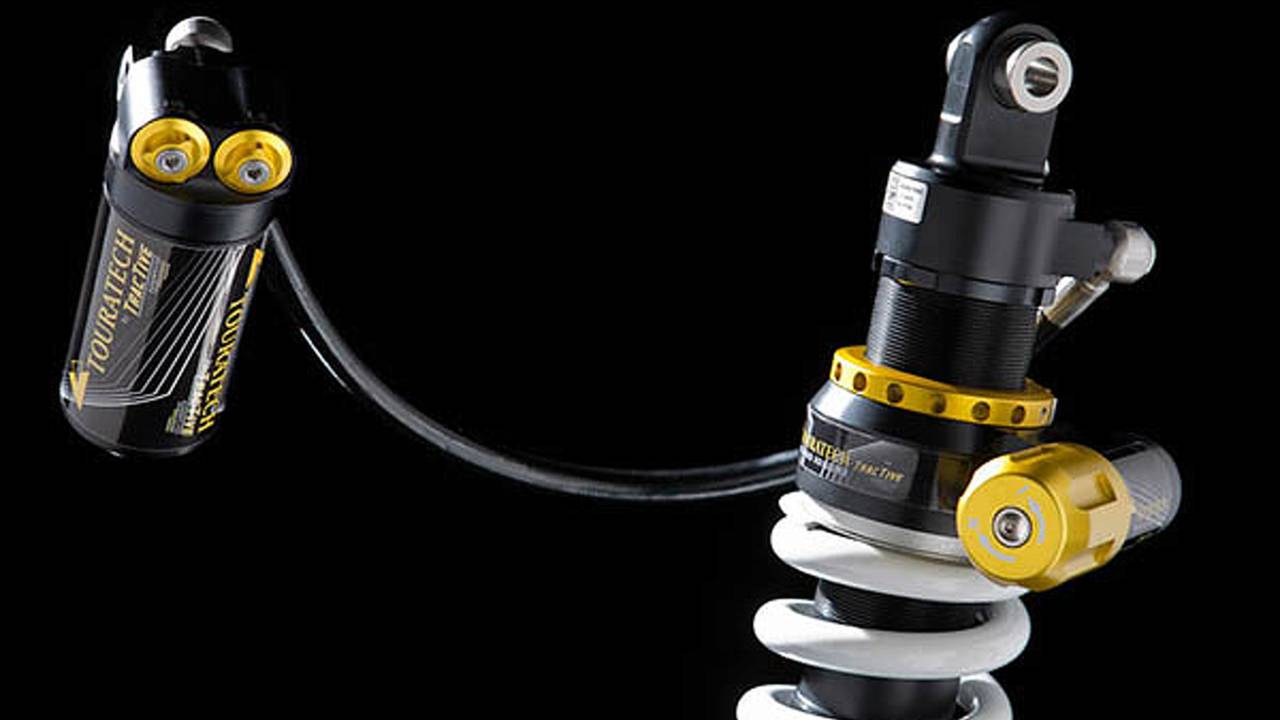 Touratech Extreme Shock: built for adventure"If NASA built suspension for adventure motorcycles, they’d be happy with this one," says Touratech...

"If NASA built suspension for adventure motorcycles, they’d be happy with this one," says Touratech Product Manager Matt Wilson. The company tasked its engineers with designing the absolute last word in ADV suspension, the Extreme Shock is what they came up with.

The Extreme Shock's specs read just like those of a high-end road racing unit: separate adjusters for high- and low-speed compression damping, adjustable rebound damping, remote reservoir, low-friction seals and adjustable ride height. Then things start to get a bit weird. There's also 50 percent more preload available than a stock unit, an over-size 16mm shaft made from high-strength chrome-moly steel and last, but not least, a unique Position-dependent Damping that increases damping rates as the shock nears the end of its compression to prevent bottoming out.

Why the need for such an over-built device? Start loading up an already heavy ADV bike with crash protection, fuel and gear, then ride it like a dirt bike and you're going to be putting absolutely massive forces through its suspension. Not only can you tailor the Extreme Shock to the specific load and conditions, but it's built strong enough that it'll keep working through whatever abuse you can throw at it. By preventing the suspension from hitting its stops, the shock also adds an extra element of control and safety exactly when you need it.

With prices starting at $1,795, the Extreme Shock is going to draw unwelcome comparisons to other NASA projects, but for those that need such an, err, extreme product, it's utterly unique in the market.