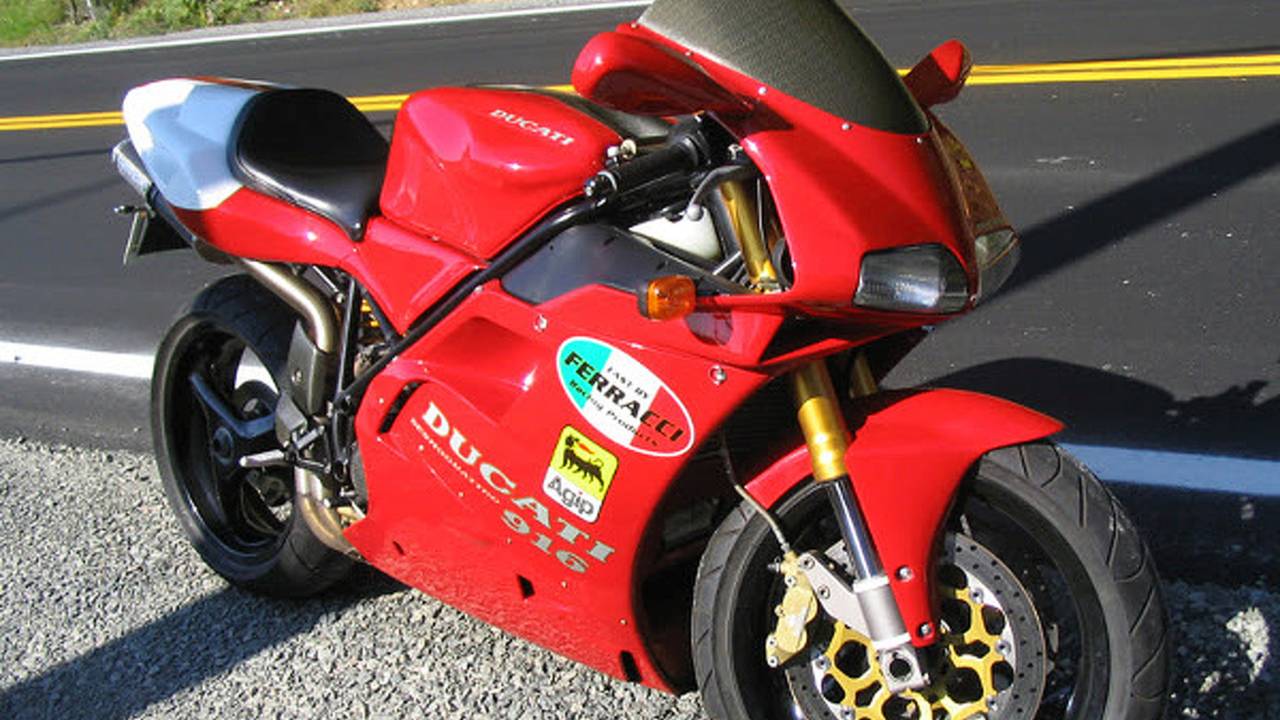 Real Rides: Jason's 916A superbike is a motorcycle that is optimized for performance — they often mimic racing bikes in terms of looks and ride. They...

A superbike is a motorcycle that is optimized for performance — they often mimic racing bikes in terms of looks and ride. They are designed and engineered for speed, cornering, braking and all-out acceleration. The Ducati 916 debuted in 1994 with a lot of fanfare due its new design and technological features. The Ducati 916 is one hell of a motorcycle, here is Jason Cormier's Ducati 916 and why he rides it.

Jason Cormier is a 27 year old jeweler from Moncton, New Brunswick who's been riding since he was 17 years old. Jason started riding because it was cheaper to insure than a car — his first bike was a 1985 BMW K100RS — and he has yet to look back. Jason says "I've always loved the rush I get from riding, I find it a liberating experience that jars me out of my daily routine. I still get butterflies in my stomach every time I take the bike out, especially with the Ducati."

The Ducati 916 was introduced in 1994 as a 916cc L-twin, fuel-injected, 4 valves per-cylinder, desmodromic, liquid-cooled bike with a brake horsepower of 114 and a top speed of 160 miles an hour. It was welcomed because of its new design and technology that was a beautiful balance between function and form. The engine was upgraded from the Ducati 888 with a smaller and lighter frame, more engine displacement and a new engine management system. The exhausts were moved to under the seat for better aerodynamics and gave the motorcycle a better look overall. The swing arm was also redesigned into an alluring shape that was also stiffer than previous SSSAs.

Jason had always liked Ducatis and bought his 916 in 2006 on whim — picking it over a Ducati 900SS. He ended up trading in his Suzuki SV650 for the 916 without test riding it knowing that it had a rebuilt title and Jason considers it one of the best decisions of his life.

Jason says "I've grown to adore the bike way more than anyone sane can comprehend." Jason says describing riding the 916 is difficult — it's a nasty machine that demands your entire attention and won't accept any half-assed measures at controlling it. Jason says riding the bike properly "rewards you with amazing feedback with handling that is rock-solid" with some amazing noise. He's had a lot of "old Ducati issues" — bad electronics, strange gremlins, flaking rockers — yet he's never been stranded on the side of the road. Seven years later he has over 30,000 miles on it, which he thinks is too low. He hopes one day to be one of those "lunatics" with a 100,000 miles on a Ducati 916.