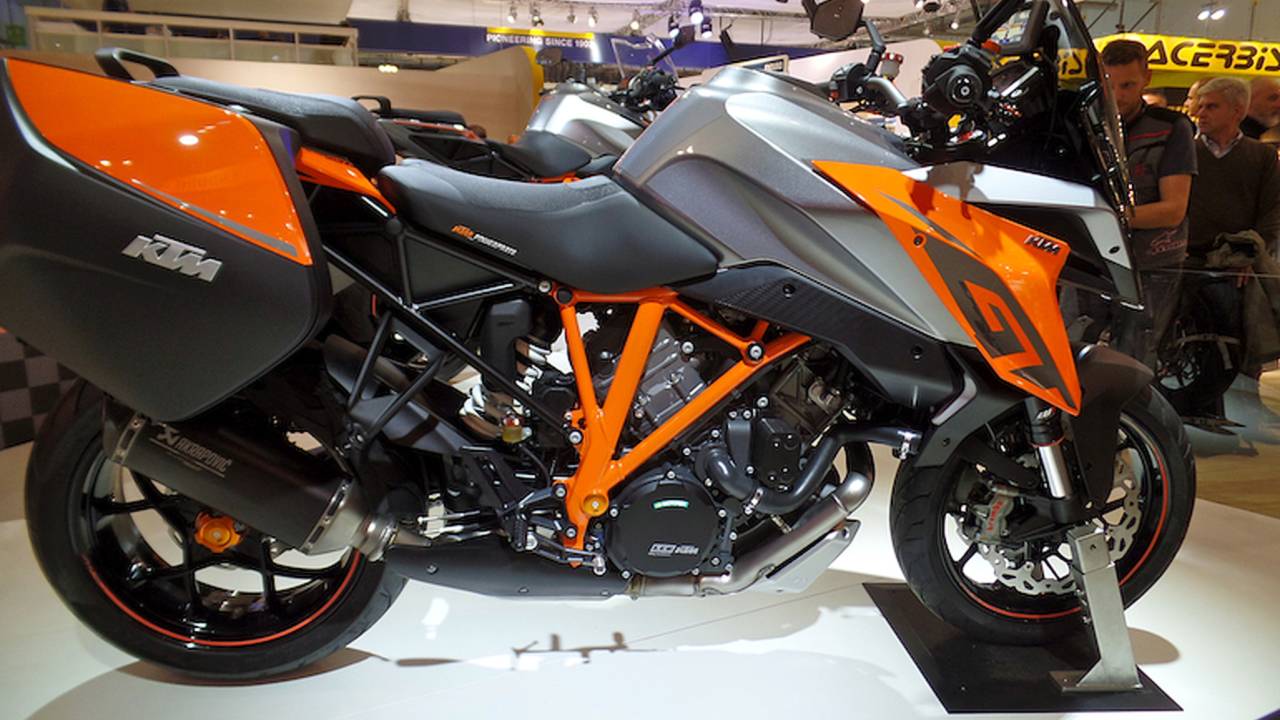 For when you're touring on a tight schedule.

KTM's 1290 Super Duke R is a rip-roaring beast of a machine that has earned drooling fans all over the world, but its proponents have always quietly lamented a lack of practicality. Problem solved: this is the new 1290 Super Duke GT.

The GT retains all the intoxicating vavoom (173 hp) of the 1290 Super Duke R while adding a host of features designed to make it tolerable for the long haul.

Don't call it a sport-tourer, though. You won't find that phrase anywhere in KTM's press materials and it's clear the Austrian company wants to avoid a certain negative image often associated with the genre.

"(The GT) is not a slimmed-down super-tourer with racing stripes," claims KTM, "it is an extremely sporty real-world champion."

Like most of KTM's higher-end bikes it is dripping with electronic features. Electronic suspension can be set to suit a number of different riding styles. Both the anti-lock braking system and traction control work while cornering, and cornering lights help you see what you're accelerating toward.

LED lights come standard front and back, along with self-cancelling indicators (also LED) and a quickshifter.

Weighing in at just 228 kg wet (502 lbs.), the GT has one of the best power-to-weight ratios in its class. And KTM goes to great lengths to promulgate the idea of a bike that can travel long distances to a track, then compete on said track.

It's uncertain when the GT will make it to the United States (it has yet to appear on KTM's US website) but in the European Union it is listed with a €21,200 price tag. That works out to be $22,350. But, of course, that conversion doesn't factor in different tax aspects. Your mileage may vary, in other words, but either way this is not an inexpensive machine.

Perhaps that's not surprising, considering the number of features that come standard, including heated grips and cruise control. Pannier mounts are free (and integrated into the frame) but you'll have to fork out extra dough if you want the bags that go with them.