Gear: Bell RS-1The new Bell RS-1 was created to find a middle ground in the Bell full face helmet lineup and is being called the new direct...

The new Bell RS-1 was created to find a middle ground in the Bell full face helmet lineup and is being called the new direct competition to the similarly-priced Shoei RF-1100, which happens to be my main full face helmet, at least until now.

The RS-1 falls between the $180 Bell Vortex and the tricked out $650 Bell Star and retails for $400. It enjoys many of the features of the premium Star by including the Velocity Flow Ventilation System, Click Release Shield System, and that wind tunnel tested aerodynamic shape while shaving some of the price by using kevlar/fiberglass shell instead of the full carbon fiber and using slightly different hardware.

The Bell RS-1 has a slightly more narrow interior shape than previous Bell helmets have had, which it shares with the new Bell Moto-9. Fortunately for me, this helmet seems to fit my head perfectly and I would compare it to my Shoei RF-1100 or Schuberth S2 in interior shape. My RF-1100 took weeks to break in and is now to the point to where I need to order new cheek pads because it has gotten too loose. I ordered a Large with the RS-1 and it fit perfectly from the first time I put it on, we'll see how it holds up as it gets broken in but it hasn't seemed to stretch at all the in the past few weeks. The closest I can compare the fit to would be an Icon Airmada or Alliance. Both of those fit me great out of the box, needed little break in, didn't feel tight on my face but also didn't float around at high(ish) speeds. The helmet is extremeley comfortable, though I have yet to ride with it farther than 70 or 80 miles so I haven't reaaly given it a chance to give me much fatigue.

I have been fortunate enough to never have really ridden with a super budget helmet and ,from my experiences, the visibility on all of my helmets has pretty much been the same (within the genre of full face helmets that is). The Bell RS-1 feels to have a similar field of vision as any of the helmets listed above which is to say it is excellent, but not necessarily better than anything else you would be looking at in this price range. The Click Release Shield System, however, is the best I have ever used. It is similar to the system that Shoei uses, just slightly easier for some reason I can't quite put my finger on and is light years better than the finger torturing Icon system. The "3Mode" face shield system also works very well with a locked, unlocked, and defogging setting. My only gripe is that I ride with my shield is the unlocked mode at pretty much all times and wish they switched it so the lever was parallel with the visor when unlocked instead of perpendicular, for aesthetic reasons.

Bell was kind enough to include the Bell Transitions SolFX Photochromatic Face Shield with the helmet and it is incredible. Let me start by saying that I didn't think I was going to like this shield and that I didn't think it was going to be able to do the job as well as using separate lenses. The first morning I rode to work in it, I spent the entire ride watching to see when it would change and arrived dissapointed to have seen nothing happened. I was quite surprised when I took the helmet off and, when examined from the outside, saw that the shield was quite dark. I then realized that at no time during my ride, uncluding the last mile where I have to ride directly into the sun every morning, was my field of vision too bright to ride safely. I will say that I do wish it got a bit darker, but more because I like the aesthetic and I don't like the outside world to be able to see my eyes, but that for the first time I truly only need one shield for my helmet regardless of what kind of light I have to ride in.

I always find it interesting when helmet reviews discuss a helmet as being noisy or quiet as I doubt many of them have a way to actually test the helmet for that scientifically. Before I rode with ear plugs, riding around in a full face didn't seem terribly loud but now after using them, if I ride without them the sound is deafening. Noise levels are so relative to what you are used to and what other noises are present that it seems ridiculous to say that a helmet I wore yesterday is quieter or noisier than one I wore a month ago because I think it's stupid to pretend like my ability to guage and remember sound is that incredible. All that aside, the Bell RS-1 does not strike me as noticeably louder or quieter to anything else you may compare it to, however I can definitely say that it is void of any weird and annoying noises like the awful whistle my RF-1100 makes. 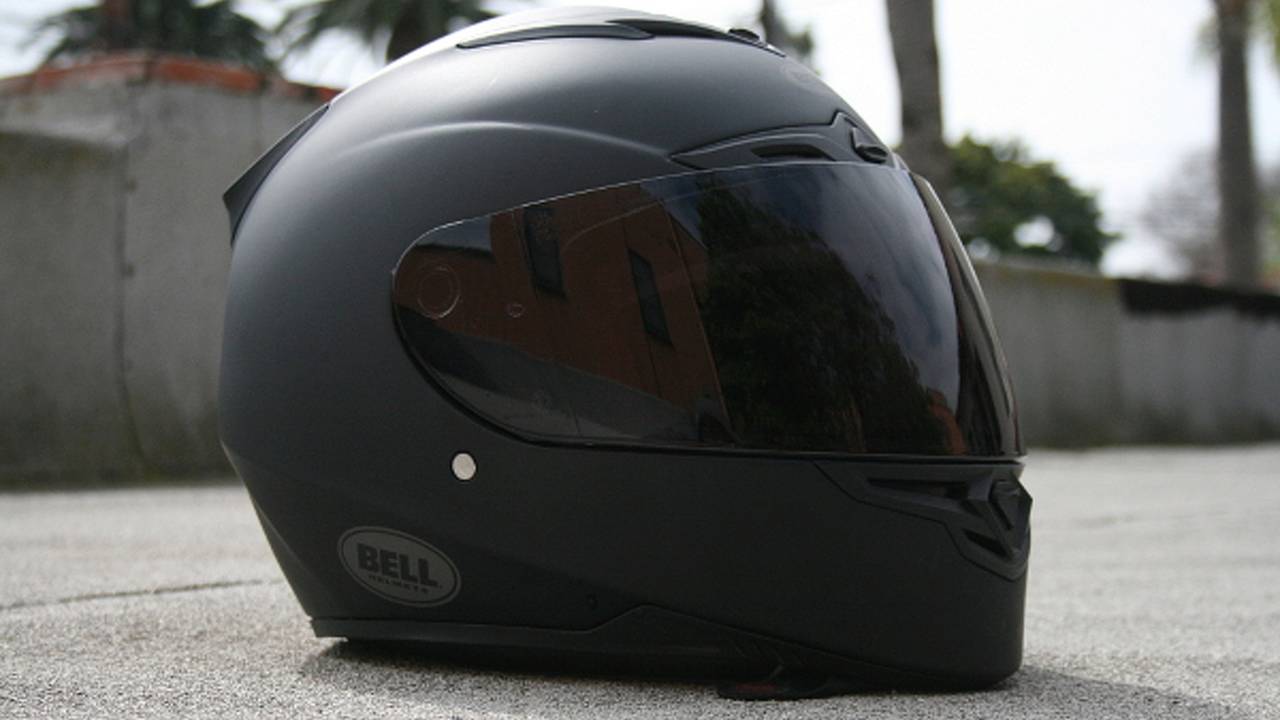 Weight is another area where I think people make a big deal over minor differences. The Bell RS-1 in a large weighs 1603 grams (via webBikeWorld) which is neither awesome nor terrible. None of the helmets in this class have set themselves apart for me in the area of weight outside of they are all lighter and cause less neck fatigue than the Scorpion EXO-700 I started with. The helmet does feel nicely balanced on the bike and I haven't found myself trying to tuck or lift my head to accomodate for buffeting due to poor design. The Bell RS-1 felt great with my head in any position on a BMW R1200RT, Suzuki DR-Z400S, Harley Sportster (don't ask), and Honda CBR1000RR.

This is the only area I truly find fault with the RS-1. This helmet feels the same to me whether the vents are open or closed, making it not great for either cold or hot temperatures. On cold (read 40-45 degree) mornings, it lets a ton of air in through the bottom of the helmet. The chin curtain is not big enough and can't decide if it wants to go under my chin or just lay across the front of it. When I place my hand across the bottom of the helmet the issue is completely resolved but, unless you're prepared to ride like that all of the time, it lets that cold air sting your eyes and chill your neck quite a bit. The hottest it's been so far is 85 degrees and I made sure to test out the top vents to see how effective they were at keeping my head cool and from sweating.

My RF-1100 is far from perfect but I will say one thing for it, when those vents are open you can feel the air running across the top of your head and it does wonders to keep you from getting too sweaty while moving. With the RS-1, in comparison, I couldn't tell when the vents were open or closed. I even stopped to check to see if I had maybe not gotten them open all the way but I had and they were just not getting the job done. Bummer.

I will say I went back to the RF-1100 one particularly cold morning and it took wearing it to appreciate the whatever voodoo magic Bell uses to keep the RS-1 from fogging up. I had forgotten that helmets got foggy inside after wearing the Bell for a few weeks, but those memories came rushing back quickly as soon as I pulled away from my house with the RF-1100. 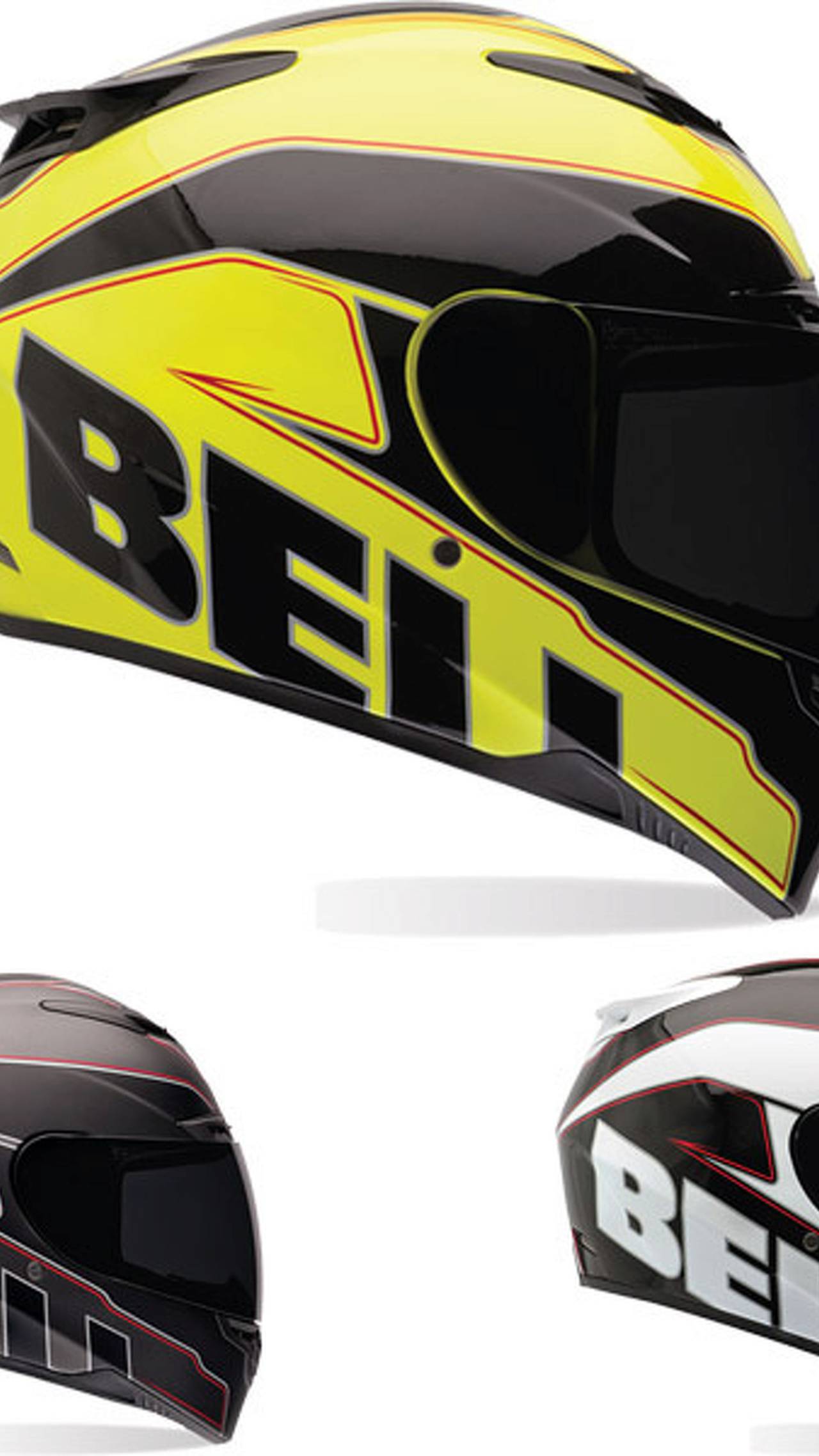 I asked for the Matte Black version of the helmet as it fits my usual taste and I write better reviews when I've actually worn the helmet a ton (which I don't end up doing if it is covered in flames and skulls). The finish on the helmet is excellent and feels much nicer than other matte finishes I have seen on helmets. It does have the same problem with showing the natural grease your fingers leave when you touch it. As someone who hates graphics, I do have to admit that I think Bell does the best job at creating graphics and using colors that look nice on a helmet, if you're in to that sort of thing. The fit and finish of their graphic helmets is on par with the best and most expensive helmets available.

The RS-1 is my favorite helmet in the Bell line. I like the shape of the back spoiler more than Wes's Star and think it is a better value. Compared to my RF-1100, the Bell RS-1 requires less break in, has a better shield mechanism, whistles less, and has the optional photochromatic lens. While I still think the Shoei has a cooler exterior helmet shape, I haven't worn it since I got the RS-1 and I don't know if I will, even after I get new cheeck pads for the Shoei. All of that said, I still might have a difficult time choosing the $400 Bell over the cheaper $180 Icon Airmada. The Bell has nicer features and works better all around, but once on your head and moving on a bike both give you a relatively quiet helmet with great vision and little to no buffeting.