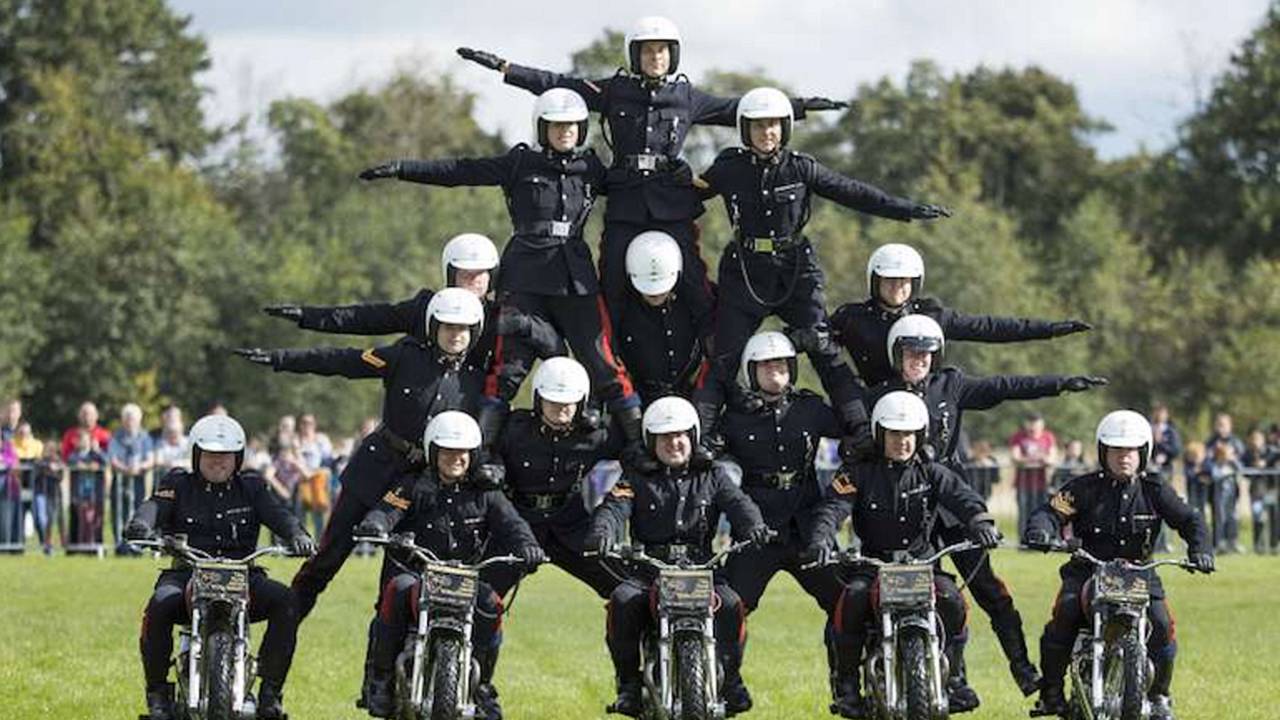 The legendary White Helmets stunt team is selling off its iconic Triumph motorcycles.

Fans of vintage British twins – the Triumph 750 in particular – will be pleased to hear that six of the White Helmet riding team bikes will be up for auction next month. Keen readers will recall that the White Helmets (officially, the Royal Signals Motorcycle Display Team) gave their final performance last month at the Preston Military Show at Fulwood Barracks.

Founded in 1927, the White Helmets original mission was to serve as motorcycle dispatch riders, carrying messages and orders in battlefield conditions. Over the years their function became more ceremonial, featuring stunt riding and coordinated group formations for public entertainment. As a public relations component, the task of the Helmets was promoting awareness of the Signal Corps and the British Army in general. At the grand finale in September, the team gave a parting salute to Headquarters North West Deputy Cdr Philip Harrison.

"This is the final time ever that we will have the opportunity to experience the breathtaking skills of the White Helmets motorcycle display team,” Harrison said. "Formed originally from Royal Signals dispatch riders, they have entertained millions of people over nine decades and done wonders for the Army's recruiting."

The ceremony was attended by 101-year-old Walter Pritchard and 94-year-old Lewis Banham, both of whom were dispatch riders for the Royal Signals during the Second World War. Banham had performed with the White Helmets at Madison Square Garden when he was on active duty, and expressed his disappointment at their disbanding.

"The Royal Signals has come a very long way since those formative days using motorbikes to carry messages across the battlefield,” said an Army spokesman. "In this digital age, the Corps uses cutting-edge communications technology to carry out its vital work, including in cyber capabilities, with highly trained personnel at the helm operating it.”

The six Triumphs will be auctioned at Charterhouse Auctioneers in Sherborne, Dorset, with estimates set at around $6,600 per vehicle. The sale is set for November 16.