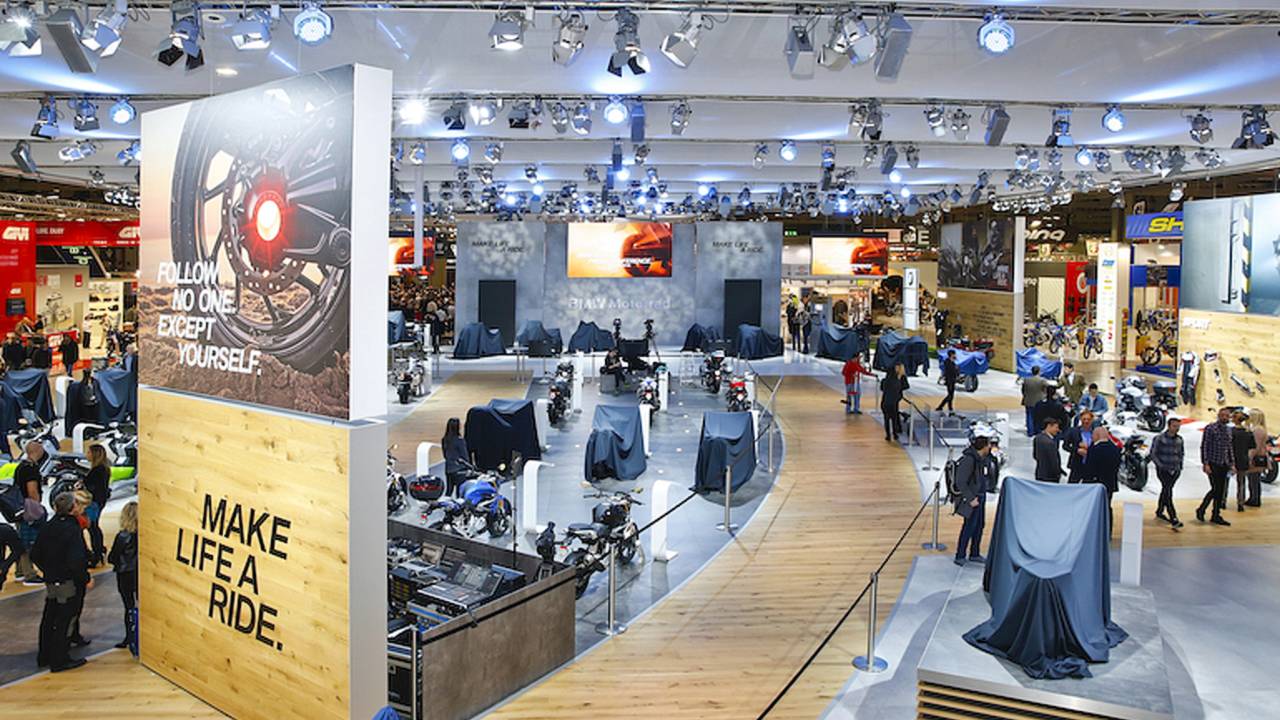 BMW Motorrad plans to show four new models, or variations thereof, at the EICMA show next week in Milan.

BMW Motorrad has announced the presentation of four world premiers at the EICMA show next week in Milan. The unveiling is scheduled for a media press conference on Tuesday, November 7, with a live worldwide stream on the BMW Facebook page.

The company will also display the current model range at EICMA, plus the extensive range of BMW accessories and a wide selection of customizing parts for the Heritage world of experience. Since the Concept Link electric scooter and Vision Next 100 futurist electric have been displayed previously, we may safely assume that they do not qualify for world premier status, and that the four new models will likely be variations on current touring and sport models.

As part of BMW’s Next 100 Years theme (“Iconic Impulses. The BMW Group Future Experience”) the Tron-style interplanetary rocket sled was shown a year ago in Los Angeles. The concept electric features frame-assisted steering; the Flexframe “allows the bike to be steered without the various joints found on today’s motorcycles. Turning the handlebar adjusts the entire frame, changing the direction of the bike. The amount of strength needed to steer depends on the situation: at standstill, the Flexframe allows a light steering whereas at higher speeds it remains very rigid.”

The Vision Next 100 also boasts an array of sophisticated electronics and intelligent systems working in the background, “so it knows exactly what lies ahead, it can suggest ideal lines and banking angles, or warn riders of hazards ahead.” A Digital Companion resides in the lower third of the field of view, with an inverted triangle with two horizontal lines at the top. “Like the display in an airplane cockpit, this symbol indicates the current banking angle and ideal lines. If the bike’s current position does not match what is suggested, the rider can correct it as necessary. If he or she responds too late or not at all, the bike will correct itself.”

In the less-distant future, the Concept Link electric scooter will likely incorporate some of the advanced riding and safety aids in a practical transporter for urban use. BMW is obviously well along in the development of using “digital connectivity to become a means of transport and communications device in one.”

Stayed tuned for all the new stuff from BMW and the other manufacturers at the EICMA show in Milan.