Link Upgrades to a Bike in Latest Zelda Game 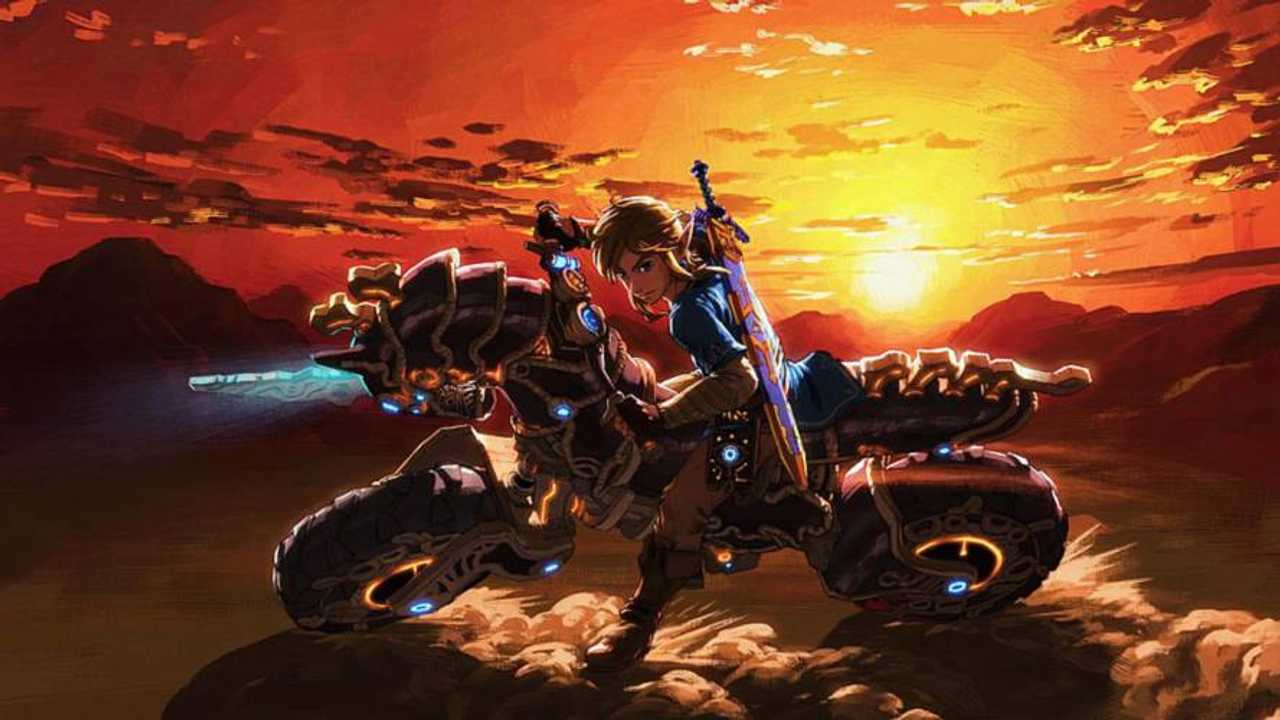 After almost 20 years fighting off bad guys, Link finally gets his motorcycle license in The Breath of Wild's latest expansion pack, The Champion's Ballad.

After almost 20 years fighting off bad guys, Link finally gets his motorcycle license

Breath of the Wild is the latest installment in Nintendo's The Legend of Zelda video game series. Until now, protagonist Link had favored more classical means of transportations, befitting his fantasy/medieval world of Hyrule. Horse, boat, gigantic birds called Loftwings: through his countless adventures to save Princess Zelda and her kingdom that somehow keep getting into trouble, Link has explored different means of transportation—I would if I kept having to travel that world to fight bad guys. Thanks to an expansion pack launched a few months ago, Link is now one of us!

IN CASE THE MASTER CYCLE ISN'T ENOUGH: The Five Best Motorcycling Video Games Ever Made

The Champion's Ballad expansion pack 2, launched back in December, introduced a new technology: the Wild Master Cycle Zero. You read that right: Link gets a magical motorcycle! Forget the horse, this is way cooler! However, unlike most other rides he's had that were part of the storyline and pretty easy to get your hands on, you have to complete quests to receive the Master Cycle. I guess fighting off bad guys is the Hyrulean equivalent of going through the DMV.

DOESN'T GET ANY BETTER: LeanGP Brings Tilting Race Controllers to Your Living Room

People who watched the game's trailer and got excited over the idea of ripping it on two wheels in Hyrule will have to be patient: you pretty much have to complete all the quests from the expansion pack before receiving your magical rider's license. I guess it doesn't matter so much when your main weapon is called the One-Hit Obliterator.

Once you do unlock the bike, however, it pretty much becomes Link's best friend and makes all the traveling that much easier. Shaped like a skeletal horse—I know it's meant to look like a horse in an armor, but it reminds me of the what the Horsemen of the Apocalypse come riding on—the Master Cycle acts like a sweet dirt bike. Watch Link take turns motocross style with his foot stretched out as a pivot, jump over hills and watch the seriously wacky suspension stick the landing.

Your mission, should you accept it, is to defy the Ancient Guardians to save the world once more and earn a sweet ride in the process.