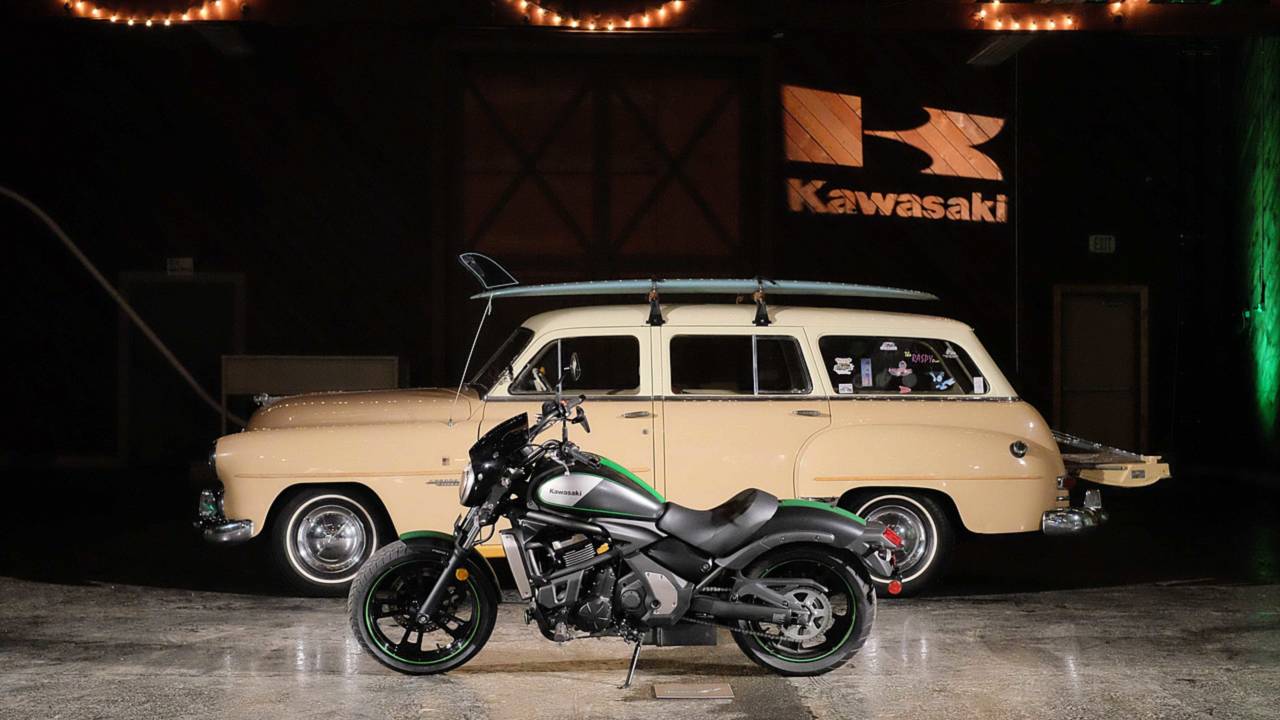 Team Green with a touch of gold.

Held in San Pedro, California, the Kawasaki Breaking Boundaries Build-Off sought to find the creative potential of the company's Vulcan S cruiser in the design-happy hands of four separate outlets/shops: RideApart, Austin Speed Shop, Iron and Air Magazine, and Tracker-Die. If you don’t know much about the Kawasaki Vulcan S, it's a cruiser built around the company’s popular 649cc engine available in their Ninja and Versys, but specially tuned to provide better low-end and mid-range torque profiles.

Emcee for the evening and PR Manager + Brand Experience for Kawasaki Motor Corp. USA, Kevin Allen, explained that the Breaking Boundaries Build-Off was first conceived in the Kawasaki marketing department as a fun experiment for the Vulcan S.

The Vulcan S is a fairly affordable cruiser that comes in just under $8,000 and has the potential to serve as a promising platform for customization. What better way to see what could be done with the Vulcan S than to give it to a few folks eager to cut some metal and turn a wrench?

Intrigue Under the Sheets

The judges finally pulled the covers off the competing builds, and the judging began in earnest. Lets have a closer look at them.

Congrats to our Senior Editor Jesse Kiser for putting together a winning build! Because I was going to write a brief article, I abstained from voting. However, if pressed, deciding which of these bikes was my favorite turned out to be difficult. In the end, if I had to live with one in my own garage, I would run the Vulcan SS by the Iron and Air boys because it fit me. I’m a bit of a sucker for comfort and a little cafe styling. I do really love the scrambler pipe and that high seat on Jesse's build, and the weirdness of the Austin Speed Shop and Track-er Die bikes. Great builds all around.