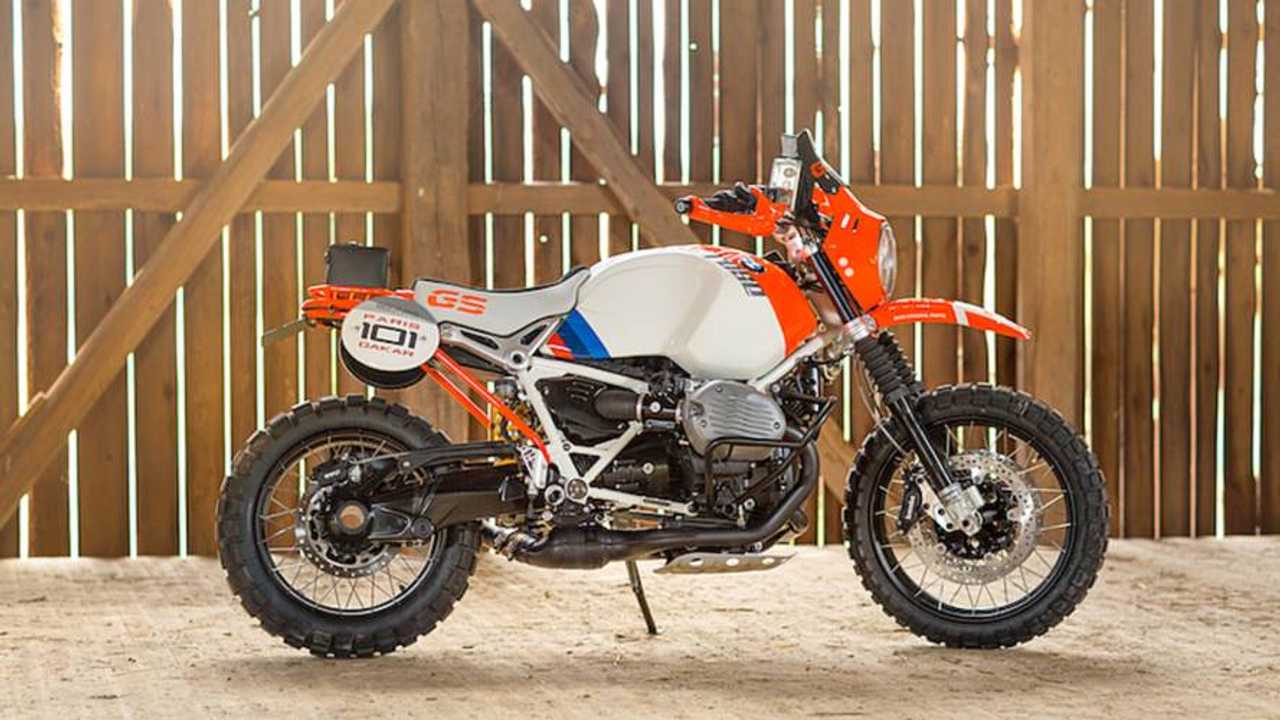 The festival, held near Biarritz, France, has become a must-attend event for members of the Greasy Hands Preachers scene, and BMW has played a part for a number of years.

Meanwhile, the Concept Lac Rose bike suggests that rumors of an expanded R nine T line coming later this year may be on the mark. The Paris-Dakar Rally-inspired bike draws its inspiration from when a BMW won the event.

Lac Rose is the French name of the rose-coloured Retba salt lake that used to be part of the last leg of the Paris-Dakar. The podium was located lakeside. BMW factory machines modified by HPN rode to three consecutive victories in the mid 1980s. The Concept Lac Rose honors Gaston Rahier’s win in 1985.

However, BMW says that despite its off-road roots, this bike is primarily street-focused.

“Essentially the bike is a cool and laid-back roadster with a few typical off-road features which allow you to leave the street and follow a dirt track into the unknown,” said BMW Motorrad Head of Design Edgar Heinrich. “It is this combination of customizing, coolness and unconventionality which make this bike so special.”

The hallmark R nine T’s two-cylinder flat twin engine with shaft drive forms the heart and soul of the bike. It is held in a tubular frame with contrasting colour design. Elements such as the protective headlamp grill, the oil cooler protector, and the perforated underride guard recall BMW’s traditionally utilitarian thinking.

Meanwhile, the Wheels & Waves festival continues until Sunday (12 June). Wheels & Waves mixes a surf competition, art exhibitions, sprint races, and ride-outs through the area and across the border with Spain. The event was developed by the Southsiders Motorcycle Club in 2012 and has exploded in popularity. Last year, roughly 10,000 visitors took part.