Riding Into the Darkness 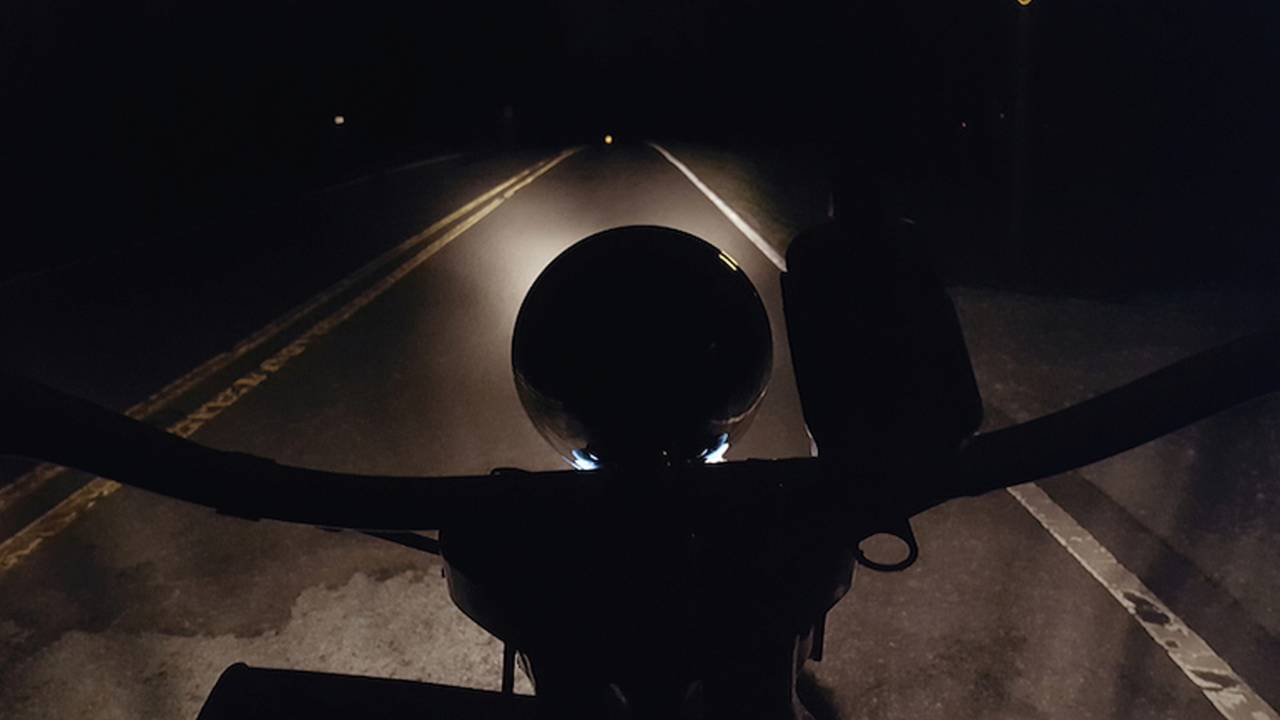 Writer Panhead Jim finds himself alone in the dark with his not-so-trusty 1933 Harley-Davidson.

For the last two hours, my focus had been split between navigating my 1933 Harley-Davidson through Friday afternoon traffic and staring at my amp meter. Forcing my brain away from the more catastrophic possibilities, I convinced myself that my new generator must still be working and there was probably just a loose wire in the dash.

Something as trivial as a loose wire didn't even warrant a stop and I always thought it was stupid that Harley's engineers chose an amp meter as the one gauge for the dash. Wouldn't an oil pressure gauge have been more sensible?

So, as the sun sank behind me I pressed on toward the Atlantic Ocean and didn't give a second thought to the fact I was rapidly approaching the middle of nowhere.

My arrival in "the middle of nowhere" was marked by the complete failure of my 6 volt headlight, leaving me in total darkness. Both sides of the road were lined with tall pines and between their height and overhanging branches, I found myself riding down a dark tunnel that starlight failed to penetrate.

The battery still had enough juice to keep the coil going, so, holding a pocket flashlight in one hand, I slowly made my way down the road. I could make out the white line; I was able to keep the bike on the road and slowly navigate the turns, but a last-minute swerve to avoid a fallen branch was almost enough to make me lose my nerve.

A handheld flashlight provided enough light to keep me on the road and out of the ditch as long as I kept my speed to about 5 mph. Photo by Panhead Jim.

All I needed to find was an old country store or maybe just someone with a lit driveway. Peering down the long, desolate road, salvation appeared in the form of a bright light a few miles off. As I cautiously approached I saw that it belonged to the parking lot of a small church. Whether it was divine intervention or just a bit of luck, I pulled in and started looking for that “easy” fix.

A well lit parking lot in the middle of nowhere, it must be a miracle. Photo by Panhead Jim.

After a cursory inspection failed to produce any obvious culprits, out came the cell phone and I started making some calls. First call went to Tim, who was waiting for me down at the coast. You see, this wasn’t just a weekend jaunt but the start of a coast-to-coast ride. There’s nothing like calling your buddy the night before a three-week motorcycle trip to tell him you are already broken down on the side of the road.

For some reason, I thought he had an extra generator or something to get me going, which, of course, was just wishful thinking. But he did agree to drive out to my location and pick me up. We figured I could hide the bike behind the church and come back for it in the morning. My only other option was to set up my tent and spend the night camped beside the church. Even being in the middle of nowhere, I was pretty sure that would draw some unwanted attention.

Time to unpack and start checking for loose connections. Photo by Panhead Jim.

Since I had plenty of time on my hands, I decided to message Rob Nussbaum, owner of Retrocycle, on Facebook. I’ve never met Rob in person, but I knew he had a reputation for being an expert when it comes to vintage charging systems and he had helped me with some parts during my build. He seemed like a good choice to bounce some questions off of. I figured he’d get back to me the next day with some suggestions to try when I came back to pick up the bike. To my surprise, he messaged me right back with his cell number and soon we were diagnosing the system over the phone.

Rob took me through the normal troubleshooting routine starting with the battery.

“How old is the battery?” he asked.

On a new motorcycle, this wouldn’t have been an issue because newer bikes use alternators, but I was on an 83-year-old bike that uses a generator. What Rob quickly pointed out, which I had completely missed, was that when I switched batteries the polarity of the generator had reversed.

Only two bolts hold the regulator in place, so within 5 minutes I was ready to repolarize the generator. Photo by Panhead Jim.

Luckily the remedy for this was very simple. All I had to do was touch the positive battery cable to the field and armature cables from the generator. That switched the generator to the correct polarity. This may sound like a bit of a hassle, but all three of these cables connect at the regulator, so you simply disconnect them, touch them together for a second, watch for a nice blue spark and you are done.

With the cover on, my regulator looks bone stock for 1933. Obviously I'm using a slightly "upgraded" model. Photo by Panhead Jim.

Once the polarity had been restored to normal, I reassembled the bike and kicked it over. Luck was still with me as the battery had enough juice to light the spark plugs one more time. As soon as the motor came to life, I revved it up and looked down at the amp meter. The needle was reading on the positive side of the gauge, which was promising. I reached down and flipped on the headlight. Instantly a beam of white light shot across the church parking lot and a choir of angels began to sing.

Actually the singing was Tim’s stereo. He was pulling into the parking lot just as I got everything fixed.

My 6 volt headlight is nothing compared to today's modern headlights, but it is a hell of a lot better than a flashlight! Photo by Panhead Jim.

I quickly packed up my tools, spoke a silent apology for dripping oil in front of a church and continued on to the beach.

Arriving around midnight, I was a few hours overdo, but not too late to get a good night's sleep in preparation for the next day. That day would see myself and my old schoolmate, Tim, riding west on our antique Harleys with hopes of reaching the Pacific Ocean in just 21 days.

We had spent the previous 18 months building two pre-war motorcycles and now they were sitting outside, loaded down with tools, camping gear and as many quarts of oil as we could reasonably carry. Hopefully it would be enough to see us through nearly 4,000 miles of unknown roads, bad weather and who knows what else that awaited us between North Carolina and California.