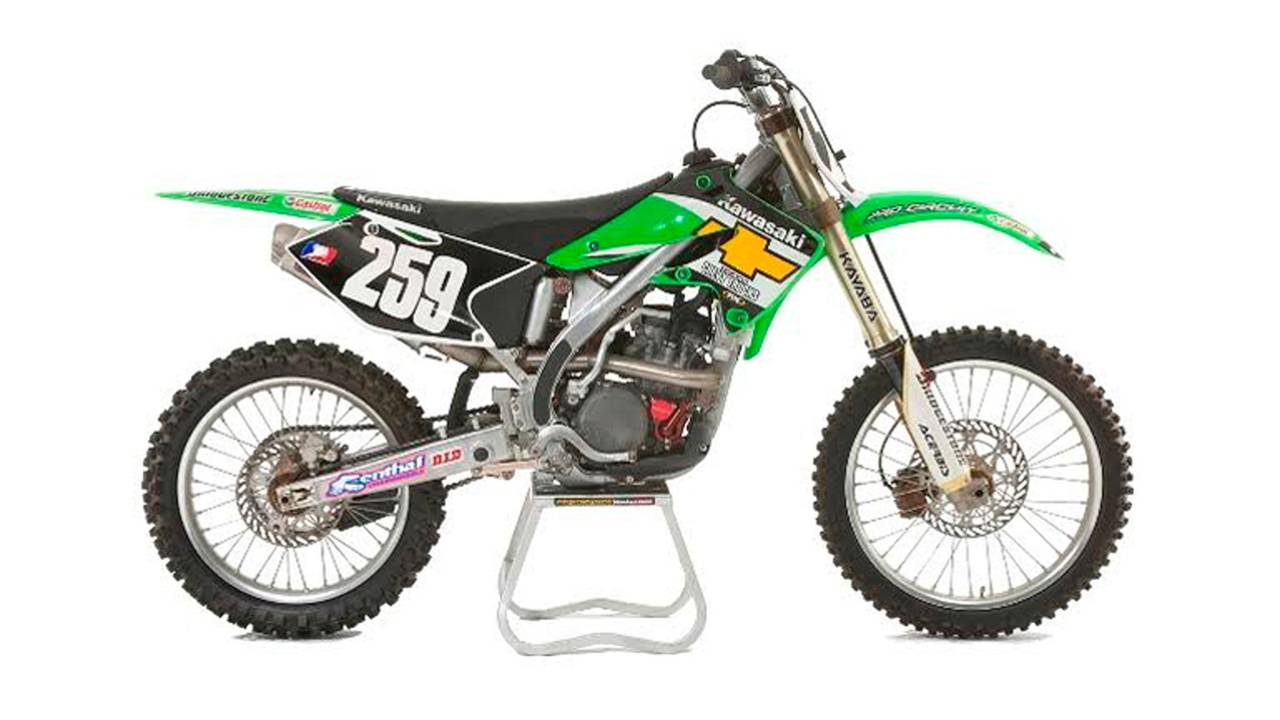 Kawasaki Remembers Thumper Revival in this latest piece from Papa Wealey. Look back on the history of Kawasaki 4-stroke MX bikes with us.

Kawasaki’s USA 50th celebration continues with a nod to the return of four-stroke motocrossers. Back in the ‘70s and ‘80s, riders had a few choice nicknames for four-stroke motocross bikes. “Thumpers” was a kind one, but less flattering labels like “anchors” and “sleds” also prevailed. Fortunately, this all changed for good as the four-stroke revolution began, ultimately including Kawasaki’s launch of the KX250F in 2004 and 450F in 2006.

Built around high-revving, short-stroke single-cylinder engines with dual overhead camshafts, four valves, slipper pistons and liquid cooling, this new MX breed strongly borrowed from high-output supersport and superbike technology. Boiled down to the essence, they were slices off a road-racing engine. Sharing the lineup with Kawasaki’s 65cc to 250cc two-stroke models, the new four-strokes immediately expanded the appeal of the Team Green program for amateur racers, while giving pros a choice of battle weapons.

Kawasaki continously improved the KX250F, with a new aluminum perimeter frame for 2006, and fuel injection and a Showa Separate Function Fork (SFF) for 2011. The KX450F debuted with an aluminum frame, then added a five-speed gearbox for 2007, fuel injection for 2009, and selectable power modes and Launch Control for 2012.

The KX250F got a complete makeover for 2017, with more power, narrower dimensions, reduced weight and Launch Control, inspiring Dirt Rider magazine to call it “really fun and fast,” and “more responsive and easier to ride.” After a full redo in 2016, the 2017 KX450F also receives multiple upgrades, with Transworld Motocross magazine labeling it “one of the best-handling Kawasakis we’ve ever ridden.”