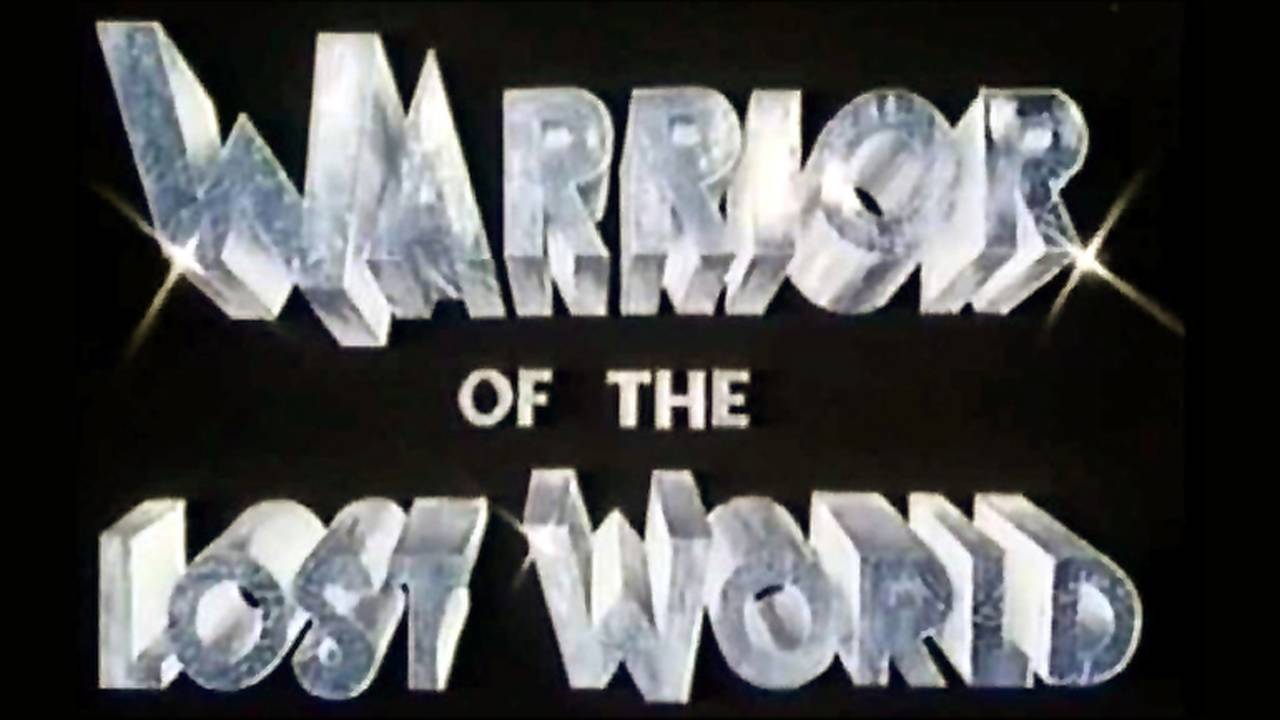 Just a year after Road Warrior became a huge surprise hit, cheap B-movie makers tried to cash in with their own post-apocalyptic tales. Warrior of the Lost World was made quickly in Italy, with the majority of the planning and budget going into stunts, not script or talent.

This movie takes place in the not too distant future, where society has fractured into many strange warring tribes and an authoritarian government rules through oppression, distraction,  and entertainment; 2020 by my guess.

With no explanation given, a random 1980s motorcyclist (Robert Ginty) with a heavily armed and talking robot motorcycle rides into town. Unfortunately, though this was shot in Italy, the producers could find no ruins (huh?) or desolation, so unlike the Mad Max movies there is no wasteland to set the tone (They should have tried filming near the hotel I stayed in for EICMA – CC). After running afoul of both the police, and a violent gang of New Wave 1980s mall rats who live in a junkyard, our nameless hero (he is only identified as The Rider) crashes through a mountain into the titular lost world.

At this point, things start to get confusing. The lost world seems to be where all the Jedi are hiding out from the evil Prosser (Donald Pleasence of all people). They heal the wounded Rider (Robert Ginty) with the power of their minds, and maybe a flashlight, and recruit him to their cause.

Former NFL great and blaxploitation regular Fred Williamson is there, but dressed as if he wandered in from a different movie. Persis Khambatta (the hot bald alien from the 1979 Star Trek movie) is also there, and at least has a purpose and some lines: her father, the leader of the resistance has been kidnapped by Prosser and only the Rider can save him.

Next we get some scenes of the decadence, yet also cruelty and fascism that goes on under the authoritarian rule, in the central city, by way of a strange modern dance routine at a nightclub or something. It is totally out of place, and as if a page from the script for Cabaret had gotten mixed up in this sci-fi adventure.

Somehow the rescue attempt is botched, and instead of taking 5 seconds to pick up Persis, the Rider and her father fly off in a helicopter, leaving her to be brainwashed. Now our hero must join all the warring bands (ninjas, amazons, New Wave geeks, and the rest) to attack Prosser and save the woman he loves, and the world, too. To do this he must best them all in an MMA-style fight.

I have not even scratched the surface of how odd all this is. This movie is as if the writer/director paid someone to build a custom, wisecracking, Atari powered motorcycle, with guns and rockets, then just made the rest up as they shot it. The movie sounds as if they recorded all the dialog afterwards in a studio, through an old telephone, and the motorcycle can only flash simple messages, which it also repeats three times out loud – every time.

Rotten Tomato Rating: No rating, but 17 percent positive rating by audience. IMDB rates it a 2.3 out of 10, which may be the lowest of any movie I've reviewed.

RideApart Worth Watching: This film is less worth watching than even the worst of the Mad Max films, but it has a talking motorcycle: 4 out of 10. However, Mystery Science Theater 3000 covered this title way back in the Joel era, and watching that version is highly recommended: 9 out of 10.

Worth Noting: There is another totally unrelated, similar movie called Warriors of the Wasteland, which also has motorcycles and Fred Williamson. I'll review that one at a future date.

In case you were wondering, the futuristic talking motorcycle is an air-head BMW boxer, and the fascist Omega police ride Moto Guzzis. The cars the police drive are European Ford Taurus sedans, with a huge rear wing grafted onto them, that seem to be powered by nitroglycerin from the way they explode.

This movie is so worthless it is all over YouTube and other sites. You can watch the full version here, or the MST3k version of it here. If you don't have 90 minutes to kill, there is best of the MST3k quips here, and the original trailer reveals what you are getting yourself into here.

Thanks to commenter Archangel for the tip on this one. I'm always looking for new movies, books and other motorcycle pop culture to consume, so drop us a line if you have a suggestion.