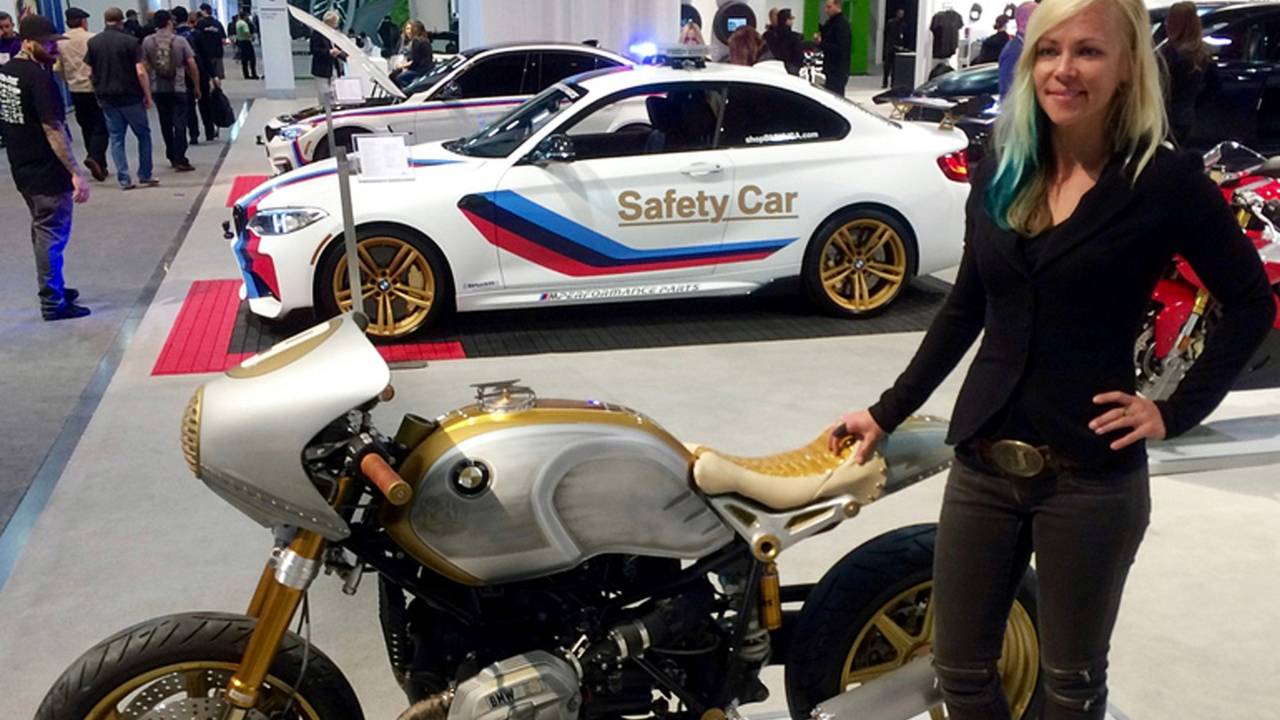 This bike is definitely the real deal.

The annual SEMA (Specialty Equipment Marketing Association) Show in Las Vegas, Nevada is a big deal in the automotive realm, drawing some 70,000 visitors to Sin City last November. Motorcycles make up a miniscule part of the hardware on display, but one attention grabber in 2016 was the Real Deal BMW custom R nine T by partners Jessi Combs and Theresa Contreras.

Jessi wears several hats in addition to car and motorcycle fabricator, having logged a podium finish in the Baja 1000, working as a TV commentator, and being “the fastest woman on four wheels,” with a record of 399 mph in the North American Eagle in 2013, (and a top speed of 477.59 mph last year). Theresa has a degree in fine arts from Cal Poly, plenty of body shop experience, and is an accomplished custom painter and machinist.

“Building an R nine T was a unique build for the both of us,” Jessi recalls. “While we have built plenty of motorcycles, cars, and trucks, the wide boxer engine had us designing and building outward in order to give the bike a proportionate stance, rather than trying to slim it all up.”

Clearly those are the words of someone with an acute awareness of design.

"We based the bike off of a land-speed inspired theme,” continues Ms. Combs. “The custom fabricated front fairing, the RSD hub adapter for the billet wheels, and Theresa’s custom paint seem to be getting a lot of attention.”

The Beemer stopped more than a few SEMA browsers in their tracks. Jessi likes to credit one of Real Deal’s sponsors, K+N filters.

“We use K+N on most of our projects,” Jessi explains. “I have them on all my personal vehicles. On this bike we were able to get rid of the air box, so the K+N filters enhanced our ‘naked’ look.”