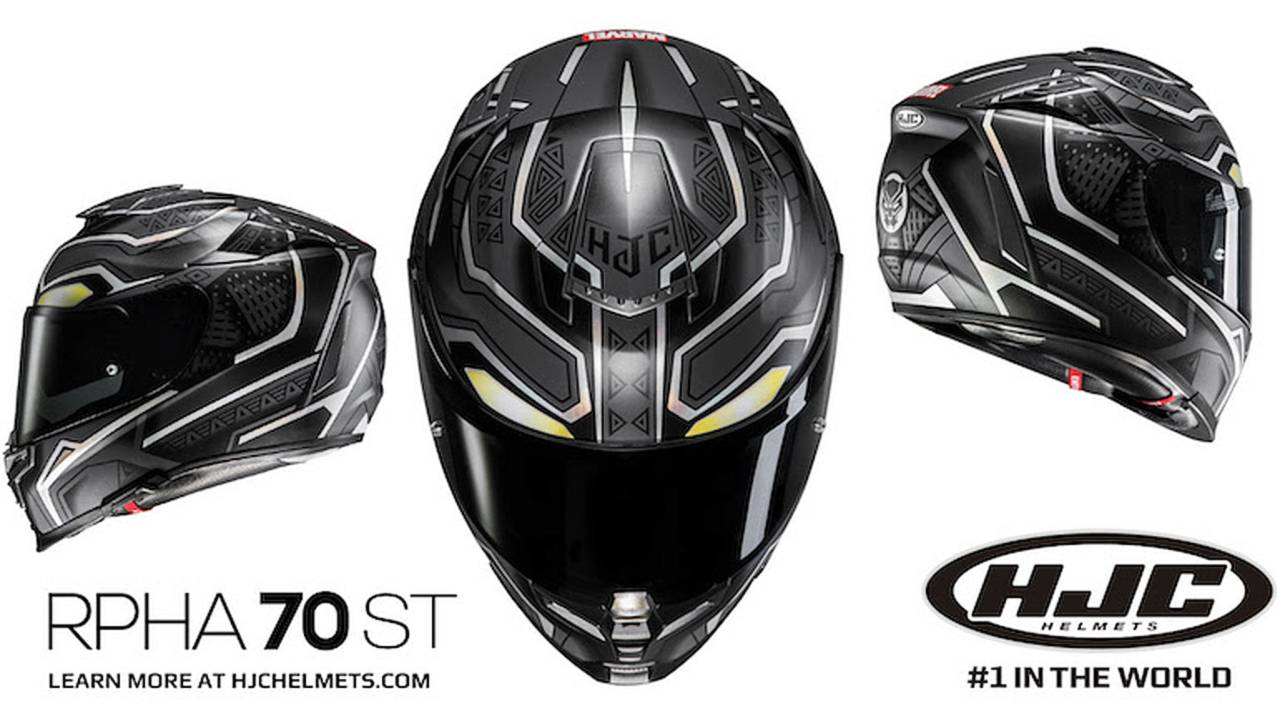 Hot on the heels of the release of Marvel's new Black Panther movie, HJC has pulled the cover off a new helmet honoring the superhero.

WAKANDA!: Five Safest Helmets for Under $200

HJC Helmets began producing licensed Marvel character graphics back in 2016 and has paid tribute to a number of the company's heroes, including Deadpool and the Punisher. The South Korea-based helmet manufacturer has also issued helmets connected with a number of other Disney properties, including the Star Wars and Cars series of films.

The RPHA 70 ST Black Panther features Wakanda tribal details to replicate T’Challa’s Black Panther suit. The helmet has bright eyes, metallic accents and a semi-flat finish, which HJC says makes for "detailed, yet subtle graphics." You'll find the Black Panther logo on the rear, which looks a bit Thundercatsy to our eyes.

Proving that it should just stick to making helmets, HJC's press release for the new lid declares: "This helmet is fit for a king, the king of Wakanda, that is."

We're willing to bet the company is hoping more than just singular fictional characters will buy the helmet, however. Priced at $609.99, the Marvel graphic helmet is consists of the RPHA 70 ST, HJC’s latest model in the premium RPHA series. We're pretty big fans of that series. Former site director Chris Cope crashed while wearing an RPHA 11 Pro and came out of the experience OK.

Meanwhile, although it is not made of Vibranium, the RPHA 70 ST is constructed of PIM+ materials for an ultra-lightweight shell with superior shock-resistance. The helmet is equipped with a drop-down, inner sun shield and adjustable ventilation for different riding positions.

The RPHA 70 ST Black Panther will be available in March.