Jay Leno is the King of Brough Superiors 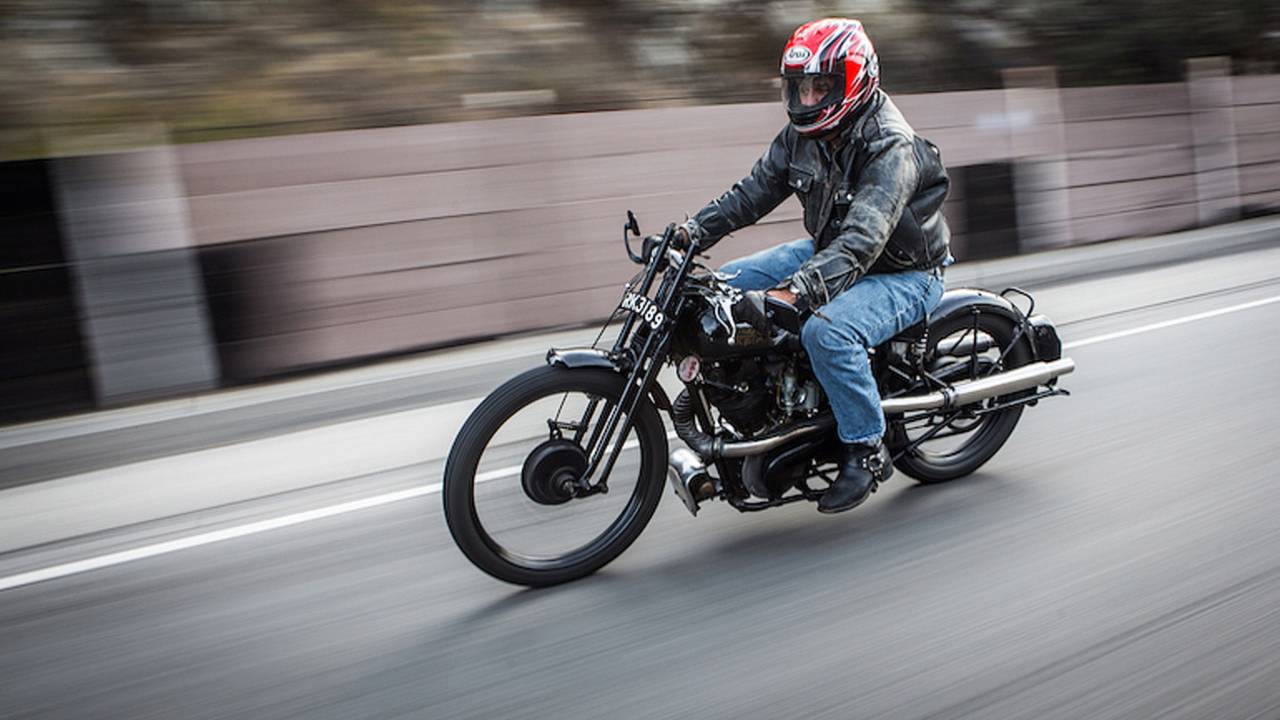 Having collected motorcycles for the last four-decades, Jay Leno’s stable has blossomed into a wildly impressive collection that includes a lot of Broughs.

How the former King of Late Night is giving T.E. Lawrence a run for his money

Since buying his first motorcycle as a youngster—a humble 350cc Honda—Jay Leno’s stable of two-wheelers has grown into one of the world’s finest motorcycle collections. A cornucopia of rare, weird, and unique iron, it features well over one hundred exquisitely restored machines like a 1918 Pope, a 1922 five-cylinder front-wheel-driven Megola, a Henderson Four, and what is reportedly the planet’s most extensive collection of classic Brough Superiors.

Leno grew up on the east coast and was always a fan of motorcycles, but after moving across the country in the early ‘70s to pursue a career in comedy, his passion for two-wheelers took a backseat to his stand-up. According to the Los Angeles Times, his latent interest in bikes was reignited not long after when Honda released the six-cylinder CBX.

"The CBX inspired me," Leno told The Times. "I had to have one."

With a renewed enthusiasm for bikes, and an influx of cash thanks to his burgeoning comedy career, Leno began collecting motorcycles by the mid-‘80s. By 1992, Leno had replaced Johnny Carson as host of the Tonight Show, and his bike collection featured some real high-dollar machines. There was a Ducati Hailwood replica which he bought new, a Vincent Black Shadow, and his first ever Brough Superior, a 1939 model that he bought for $5,000 in ‘80s.

“People thought, ‘You’re out of your mind. That’s crazy—five-thousand dollars,’” recounts Leno. “But now they’re half-a-million-dollar motorcycles. When I was a kid I used to restore stuff that wasn’t worth anything because that’s all I could afford. Now, being in show business, I’m making pretty good money so I started buying all the bikes I wanted as a kid.”

More on the SS100: A look at one of the most iconic motorcycles ever made

Leno says he thoroughly enjoys doing his own restorations and maintenance, and has repeatedly stressed the importance of actually riding his bikes and not just collecting them.

"I actually enjoy working on my bikes as much as I do riding them. For every hour I ride them I spend an hour and 10 minutes working on them, polishing them or whatever. I just like being around them. When I’m home I live in the garage,” said Leno.

Said garage now houses numerous fine Brough Superior examples, each individually worth hundreds of thousands of dollars. His fleet of the prestigious British machines features a first generation Brough, a police unit example, a 1924 Isle of Man TT Racer, several SS100 examples (including a 1925 model which was 1/69 ever built, and a 1930 model, both of which got their own episodes on Jay Leno’s Garage), and an original example built by Mr. George Brough himself.

Throughout the years, Leno has been a very positive force in the motorcycling community. Along with collecting and protecting some of the rarest bikes in existence, he also donates ample of amounts of money to assorted moto-related charities. He has also used his influence to help with lobbying for motorcycle related laws and issues. His efforts have been recognized by the AMA, and the organization honored Leno by inducting him into the AMA Hall of Fame.

Though his riding days are seemingly winding down, Jay Leno will probably always have an immense passion for motorcycles.