How a Banjo-Playing Brit Defies the Solo Traveler Myth 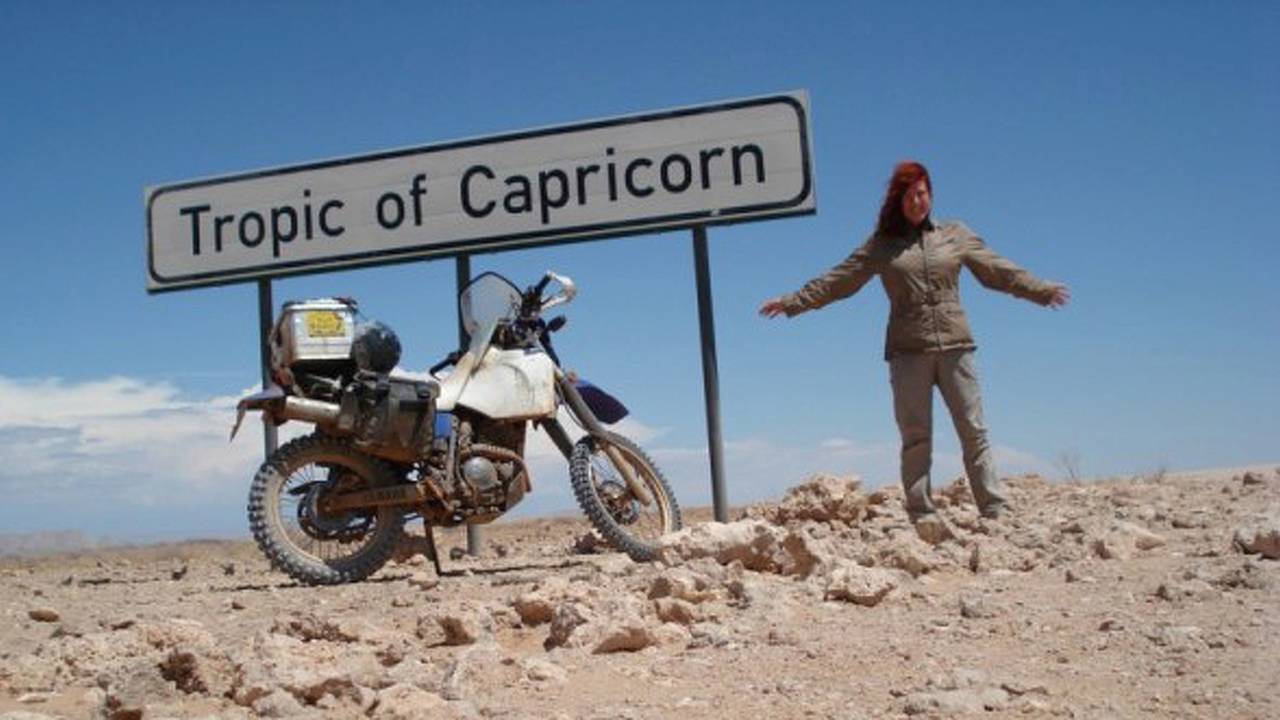 Lois Pryce doesn't have the "fierce adventurer" typical look. Yet, with thousands of miles under her belt, she's giving Indiana Jones a run for his money.

Nowadays, it feels like everyone has the secret—or not-so-secret—fantasy of leaving everything behind and travel the world. I do, and you probably do too, but us dreamers rarely do anything but dream about it. Then there are those bold enough to take the leap and turn this fantasy into their life and feed our own little fantasies in the process.

Lois Pryce did just that. The British writer, former BBC employee, houseboat-dweller, and girl-band banjo player doesn’t have the typical rugged look of someone who has experienced the world. With her fiery red hair, retro-inspired looks, and infectious smile, you wouldn’t believe at first glance that this lady has been held at gunpoint in Africa or that she has crossed the South American continent, let alone on a bike!

Yet her own odometer proves that she has already traveled thousands of miles across the Americas, Africa, and the Middle East, and she did it all on the back of her trusted Yamaha TTR250. For the past 15 years, Pryce has been gathering tales from around the world that she has been sharing in books, public speaking, and blogs in the hopes of inspiring others—especially women—to get out there and play.

A dent in the road is just an excuse to find a new path.

“The world is a much safer place for women than one is commonly led to believe,” Pryce told The Telegraph.

That is not to say that you won’t get your fair share of adventures and mishaps—the world is a big place after all; it’s all about welcoming the unexpected.

From having to fiddle her TTR back to life in front of a boisterous South American rugby team to facing mobs and bribe-seeking officers at the Congolese customs, each roadblock has given her stories their flavor. Even better: it has never stopped Pryce from jumping back in the saddle and face new adventures. From the UK to South Africa, from Alaska to Tierra del Fuego in Argentina, Pryce has been fighting the solo female traveler stereotype, proving that it can be done and that it can be done safely.

On her mission to demystify solo traveling, she also wishes through her writing to break down preconceived ideas about the world and its people. This has been particularly true after her trip to Iran where she faced curiosity rather than bigotry.

Never has the saying “the world is your oyster” been truer than when you look at Pryce’s tales of two-wheel adventures. With three books and a TEDTalk under her belt, it goes to prove that she’s not the only one curious to see the world from a different perspective.