Going the distance, (not) going for speed.

Unlike the automobile market, modern diesel-powered motorcycles are non-existent. While carmakers like Mercedes, Kia, and Ford produce economical diesel options, motorcycle OEMs all but neglect the technology. That wasn’t always the case, however, as the Indian motorcycle market popularized the Royal Enfield Taurus (a.k.a. Bullet Diesel) from the late ‘80s through the ‘90s.

Based on the brand’s long-running platform, the Taurus shared the Bullet’s round headlight, metal fenders, teardrop gas tank, and bench seat. Instead of a petrol-powered single, though, the Taurus housed a 325cc diesel engine mated to a four-speed gearbox. The engine boasted Royal Enfield’s smallest engine capacity and the power output reflected as much. With just 6.5 horsepower, 11 lb-ft of torque, and a 40-mph top speed, the Taurus was more of a wanderer than a raging bull.

However, the docile diesel achieved upwards of 90km/l, which converts to over 200 mpg. Along with its impeccable fuel economy, the Taurus engine further reduced maintenance costs. Royal Enfield ditched the turbo and intercooler unit found on conventional diesel mills, making it easy for customers to work on as well. That basic architecture also made production easier and the model benefitted from the low diesel prices of the period.

On the other hand, the engine’s high compression ratio produced heavy vibrations, with users complaining of wrist and shoulder issues as a result. Like most old diesel powerplants, The Taurus also emitted thick black smoke from the single exhaust. Despite its unmatched mpg, the Taurus’ emissions output couldn’t pass India’s increasingly stringent standards by 2000. Thus, Royal Enfield discontinued the model, eliminating one of the only diesel motorcycles ever mass-produced.

Looking back at the Royal Enfield Taurus, it’s easy to see why OEMs don’t develop diesel-powered models today. A 432-pounds, 6.5-horsepower motorcycle with a 40-mph top speed doesn’t sound like it would keep up on modern roadways. However, the Taurus still represents proved that diesel-powered motorcycles can achieve unparalleled fuel economy figures. Of course, they have to pass emissions regulations first. 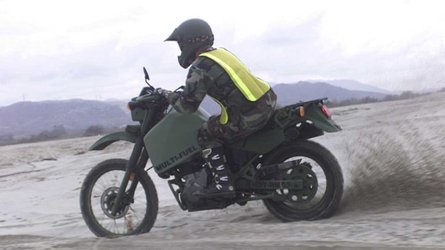 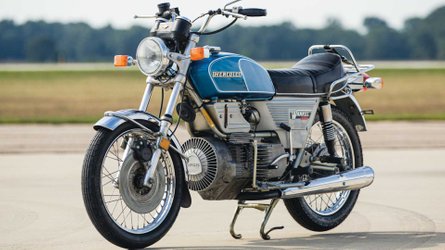