The real friends were the workhorse bikes we met along the way.

When you think about Japan’s Big Four motorcycle OEMs, what do you think of? Bikes, first and foremost—but what else? Honda and Suzuki both make automobiles, and branches of Yamaha make everything from musical instruments to medical equipment.

Even though Suzuki no longer sells its cars in the U.S., various models including the Jimny are incredibly popular in many other countries. Kawasaki makes heavy equipment and marine craft—and hey, planet Earth does have an awful lot of water we humans could be traveling through if we chose.

One thing that’s talked about far less is that time Toyota sold motorcycles in its showrooms. Although that period came and went long before some of us were born, production lasted from 1949 through 1960. There was a wide range of bikes, too—going from simple setups that were more like bicycles with small-displacement engines attached, to more high-end models that we’d think of in 2020 as proper motorcycles. Incidentally, Toyo Motors machines were not made by Toyota, exactly, but they were made for Toyota—a story we’ll get to in a moment.

The History of Toyo Motors

Toyo Motors (which, incidentally, has nothing to do with Toyo Tires) was founded in what is now the city of Kariya, located in Aichi prefecture, Japan. Founder Kazuo Kawamata was extremely interested in combustion engines, and had been studying and teaching himself about them from his 20s onward. After helping to develop the Roland, which was Japan’s first-ever front-wheel-drive car, Kawamata found himself in touch with none other than Kiichiro Toyoda—whom you may know better as the founder of Toyota.

After exchanging some letters, Kawamata scored a part-time job at the Toyota Motor Research Laboratory in 1942. Now, he was the kind of guy who just couldn’t stop thinking about and working on engineering problems. Keeping himself busy, Kawamata also developed the early Bismotor engine for bicycles. Further development and funding of this project directly led to Kawamata’s independent production of improved bicycle engines. Not long after that, Kawamata founded Toyo Motors in 1949, which was immediately positioned as a subsidiary of Toyota.

As you’re probably aware from the history of Honda’s Super Cub, regular folks in Japan were looking for reliable, efficient transportation in post-war Japan. The Super Cub was ideal because it didn’t blink at sketchy road surfaces, and it was also relatively simple to understand and repair yourself. A similar situation led to the rise of Vespa in Italy and throughout Europe during the same time period.

Some years prior to Soichiro Honda launching the Super Cub on an unsuspecting world, that same cultural mentality led Toyo Motors to introduce bikes to a transport-hungry Japanese public. For a time, things looked very positive for this company that seemingly beat everyone standing in 2020 to the punch. By 1952, annual production was over 10,000 bikes a year—which was definitely no small feat. As you’ve probably guessed by now, though, the picture didn’t stay so rosy for very long.

Unfortunately, endless quality control complaints dogged Toyo Motors throughout the company’s short life. You see, unlike the Big Four today, Toyo Motors made the fateful decision to outsource just about all of its manufacturing. It then assembled the finished bikes from those outsourced components in its Kariya factory. As a result, reliability was extremely poor. Although Toyo engineers and employees alike pushed to reconsider the idea of making those components in-house, the story goes that Kawamata wasn’t interested. It’s unclear how much of this is an exaggeration, but piles of defective parts allegedly began to build up inside the factory.

All it seemed to take to finish off Toyo Motors was at least one other scrappy local OEM to come along, learn from Toyo’s mistakes, and do the whole “reliable two-wheeled Japanese transport” thing properly. In 1958, Honda introduced its Super Cub—and any remaining patience for temperamental, unreliable workhorse motorbikes tanked shortly afterward.

To be fair, Toyo Motors was just one of over 100 Japanese motorcycle manufacturers that came and went over the years. Various circumstances led to their demise, too. In 1959, the Isewan Typhoon—better known as Super Typhoon Vera outside of Japan—swept through the island nation. In all, it killed over 5,000 people, and rendered nearly 1.6 million people homeless. This storm was considered the third deadliest natural disaster in Japan throughout the entire 20th century.

We’ll never know how many burgeoning motorcycle company stories also got swept away in the debris. Motorcycle development had been booming in Japan, as it was elsewhere in the world. However, most other countries didn’t also have a massive natural disaster come along and wallop most of their residents. 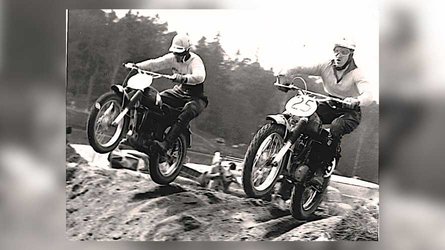 That Time Husqvarna Almost Gave Up Motorcycles Altogether In 1961 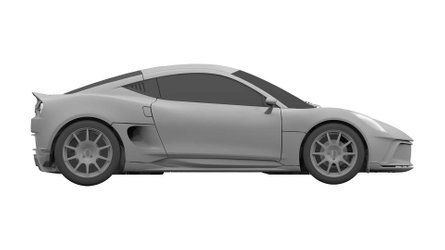 That Time Yamaha Almost Made An Electric Sports Car