Book Review: Everything You Ever Wanted To Know About Vespa 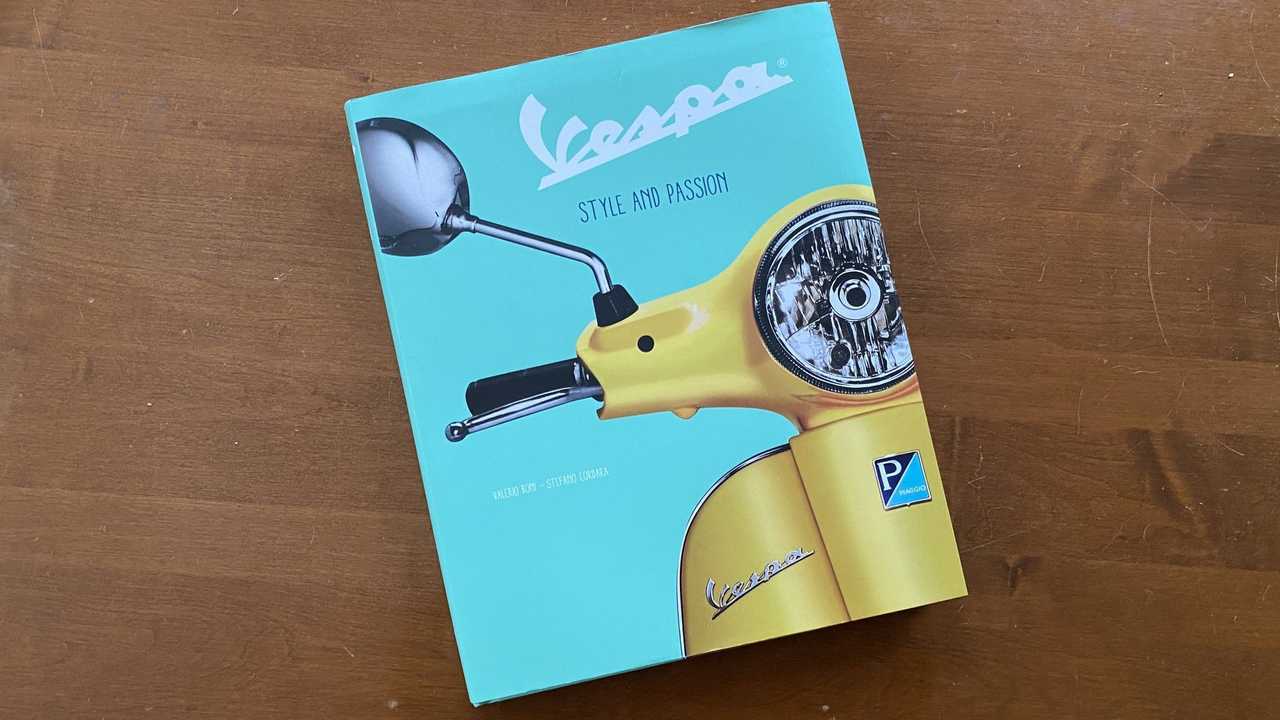 This book goes through the model history, achievements, advertisements, and more.

The story of Vespa is the story of a plucky little scooter that helped Italy get back on wheels after World War II. That's only the beginning of the story, though. The brand has become a cultural icon. When most people think of scooters, a Vespa is what they think of. A new book, Vespa: Style and Passion by Valerio Boni and Stefano Cordara, tells the story behind the story of Vespa.

It begins with the story of the Piaggio family and their company, founded in 1887. It has an extensive history with ships, trains, and airplanes, but found itself on the losing side of World War II. Enrico Piaggio to create a fast-selling, consumer-friendly, affordable vehicle to help people get back on a set of wheels after the war, not to mention keep the company in business after the huge military contracts were gone. That's all the Vespa was supposed to be, but it grew far beyond what anyone could have expected at its 1946 introduction.

The book details the story of how the original Vespa 98 came to be, including some of the original concept drawings. It does the same for many other important models from Vespa's history, all the way to the present day. It's a fascinating look at how much has changed, as well as how much has stayed the same.

Part of what made Volkswagen famous in the 1960s was its unique, unusual advertising campaigns. Vespa followed a similar route, with colorful, quirky advertising. The book dedicates an entire chapter to Vespa's advertising and marketing and how it has evolved over the years.

Part of Vespa's marketing success comes from product placement in major movies of the time. No less than Gregory Peck, Audrey Hepburn were seen on the big screen riding a Vespa. The book even includes a humorous behind-the-scenes moment from the filming of Ben Hur, where Charlton Heston and Stephen Boyd traded their chariots in for a Vespa and a bicycle to ride around the set, still in ancient Roman uniform. Its movie appearances continue to this day, such as its brief but awesome appearance in Deadpool 2.

Although the Vespa was designed to be an around-town runabout, people have taken them on adventures that would make Charley and Ewan proud. Jeremy Clarkson's Top Gear journey from the bottom to the top of Vietnam was impressive, but that's just a drop in the bucket compared to what some people have done. There's practically nowhere on earth that a Vespa has not visited, from the Sahara desert to the Arctic Circle. The book talks about some of the most famous and insane journeys people have done on Vespas.

Along those lines, Vespas were never meant to be raced, but of course, people have been racing them anyway. There's a saying in automotive track day circles that "It's better to drive a slow car fast than a fast car slow." I suppose this philosophy applies to the Vespa as well. Even the fastest models, like the GTS 300 Supersport, are quite slow compared to any racing motorcycle. That's okay, though. It certainly looks like fun.

Vespa: Style and Passion is a great coffee table book for anyone interested in Vespas. It's full of great information as well as pretty pictures, making it ideal for any scooter fan.

The Vespa Racing Sixties Edition Is Coming To India Next Month
++