These Are The Deadliest Counties For Motorcycles 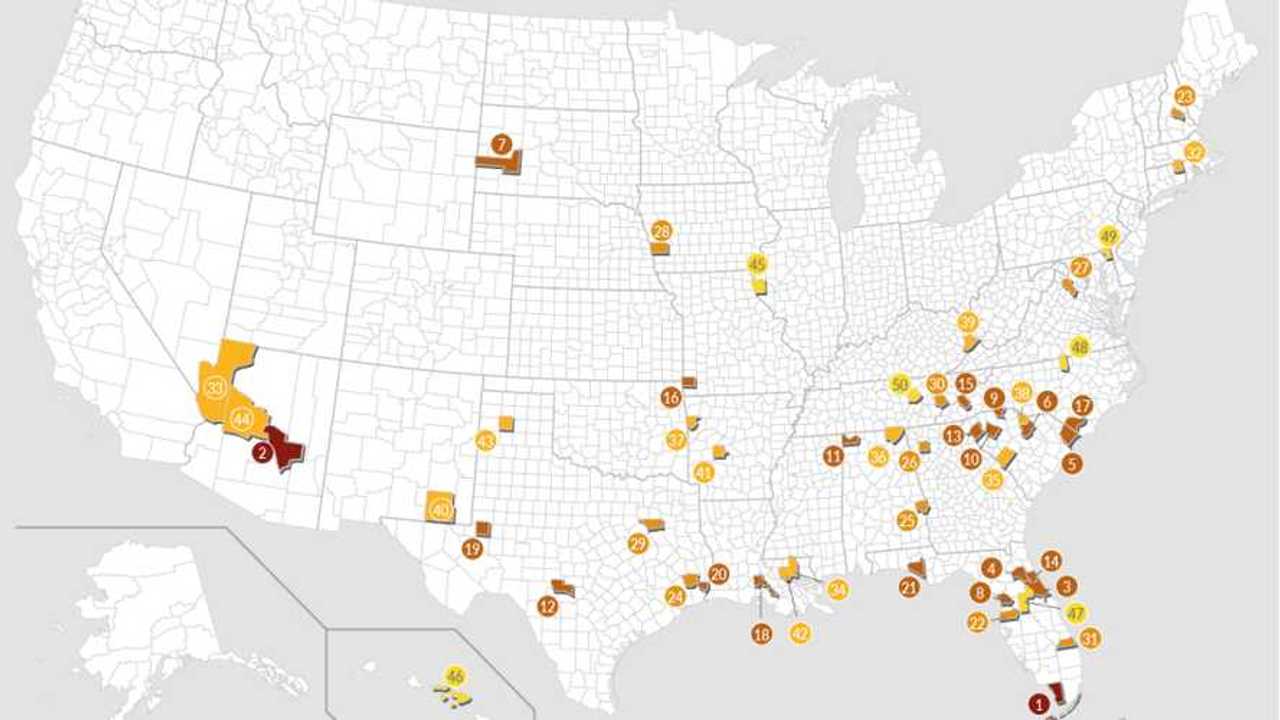 We take a risk anytime we go out for a ride, but some places are riskier than others. Sometimes it's a matter of circumstances. Other times, we help create a danger to ourselves. Parker/Waichman LLP has released a list of the most deadly counties for motorcyclists from 2014 to 2018, both per capita and by total fatal crashes.

Some counties on the list, though, will be quite familiar to riders. Number three on the list is Volusia County, Florida, with 27,472 fatal crashes per 100,000 people. Volusia County encompasses the Daytona area, home to one of the largest motorcycle rallies in the country. There were 152 fatal crashes between 2014 and 2018. While not all of them are connected to the event, some of them certainly were. Similarly, number seven on the list is Pennington County, South Dakota, which includes Sturgis and the Black Hills. Number 23 is Belknap County, New Hampshire, home of Laconia and the Lakes Region.

Let's Be Careful Out There:

I've ridden in all three of these areas, and come out of them alive. I can certainly see how each of them could be dangerous for the inattentive rider. South Dakota's Black Hills contain some of the most fun, challenging riding I've ever experienced. New Hampshire's Lakes Region has many twisty roads with blind corners, easy to miscalculate, or for an oncoming car crossing the center line to give you a bad day. Daytona doesn't have such challenging roads, but the traffic in the area is... interesting. The roads will be the least of your worries with all the oblivious drivers around.

One place I have not yet been is number 30 on the list, Blount County, Tennessee. This is the home of the Tail of the Dragon, US 129 in Deals Gap. There were 24 fatal motorcycle crashes here between 2014 and 2018. The entire area is a motorcyclist's playground, and some people play a little too hard.

Of course, none of these numbers will stop us from riding. Plus, there certainly weren't 43,110 motorcycle fatalities in Monroe County. These numbers do give us a good general idea of where some of the more places to ride in the country are, though. It's worth keeping in mind and proceeding with caution.