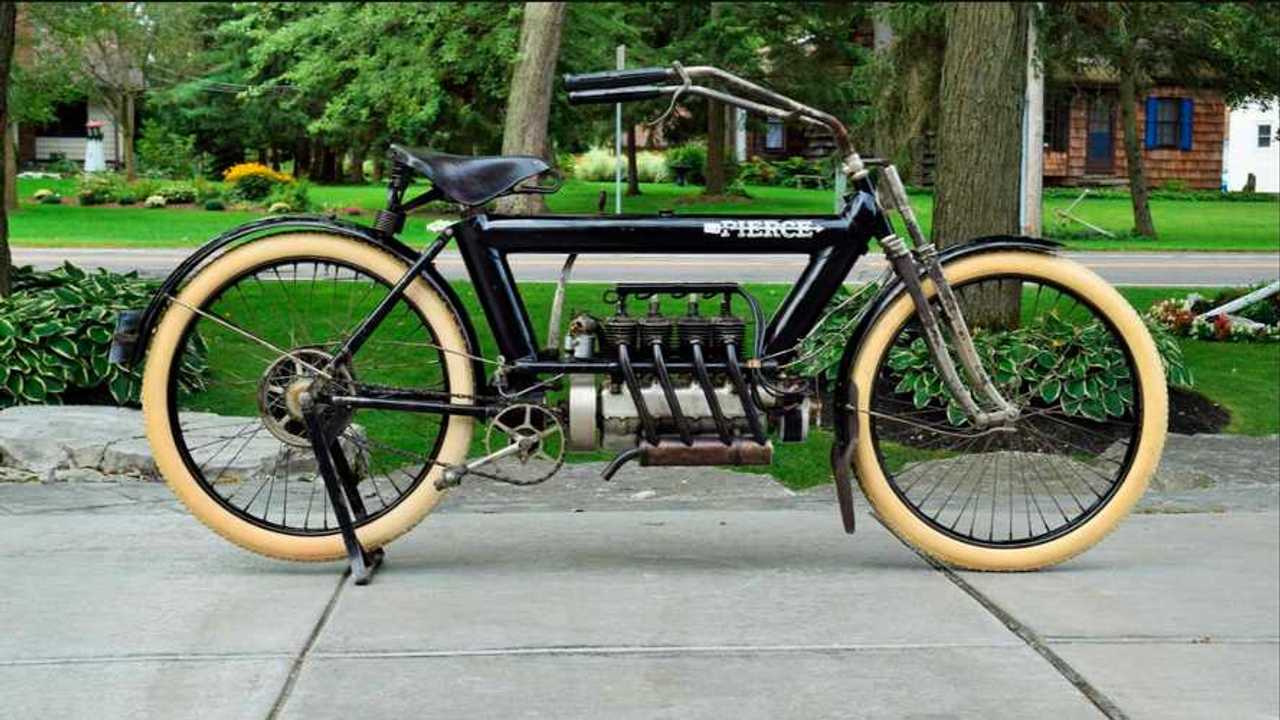 Here's what just south of a quarter million can buy you in 2020.

Let’s say you're a luxury automobile maker, and you decide that you want to also get into the motorcycle business. No, we’re not talking about Aston Martin. Today, we’re talking about Pierce and the four-cylinder motorcycles it produced between 1909 and 1914.

A highly original 1911 Pierce Arrow Four just sold at Mecum’s Indy 2020 auction for an impressive US $225,000. Only 500 in total were ever made, and the earliest examples lacked clutches and gearboxes. Models made from 1910 onward had both a clutch and a two-speed transmission installed. They weighed around 275 pounds, and could attain a claimed top speed of 60mph.

This 1912 Harley-Davidson 8A Runs And Is Up For Grabs

How do you hit the ground running when you’re an automotive manufacturer with moto aspirations? You reverse-engineer someone else’s successful machine. Pierce company founder George N. Pierce had a son called Percival Pierce, who to our knowledge, did not actually attend Hogwarts. What he did instead was travel to Europe and fall in love with the Belgian FN four-cylinder motorcycle, which also featured shaft drive. Naturally, he brought a 1908 model back home to the U.S. with him.

By 1909, the Pierce Motorcycle Company had taken the FN’s engine, forks, and shaft drive system and stuck them into a chassis of its own devising. By using 3.5-inch tubing for its frame, Pierce was able to successfully hide the fuel and oil tanks—as well as all the wires and cables—inside the frame. The engine itself wasn’t a straight copy of the FN, having been redesigned to produce 707cc of displacement, along with a square bore and stroke and T-head sidevalves. Essentially, Pierce engineers took what they’d learned from the FN, said “we can do better than this,” and used it as a springboard to do their own remix. If you’re curious about what it’s like to ride a bike like this in modern times, moto journalist Alan Cathcart wrote about his experience riding a 1910 model in 2017 for DriveMag Riders.

The 1911 bike that just sold at Mecum is completely unrestored and features its original paint. Experts consider this particular bike to be one of the cleanest models still in existence in 2020. Sadly, although the bikes were made to exacting quality standards, each bike’s build costs outstripped its asking price. You don’t have to have an MBA to know that type of strategy isn’t going to get you very far as a business. By the time the 1912 Henderson Four came along with its 934cc engine that produced a stonking 7 horsepower, the writing for Pierce Motorcycle Company was on the wall. They were bankrupt by 1914, leaving naught but 500 beautifully crafted bikes and a thick miasma of what-ifs behind.