This bird is a tough nut to crack.

Flying Fortress aside, modern Moto Guzzi has a bit of a reputation for being pretty old-fashioned. Depending on whether you love or hate them, that’s something you either appreciate or don’t. Back in the early 1950s, though, Mandello del Lario just wanted to help everyday Italian citizens get back on their feet after the war. That’s the entire purpose behind the 1953 introduction of the Zigolo.

Like many moto manufacturers in the aftermath of the war, Moto Guzzi just wanted to create cheap, effective transportation for people to start getting around and living their lives again. The Zigolo had a 98cc two-stroke engine that made approximately 4 horsepower when new. It was also Moto Guzzi’s very first partially-enclosed motorcycle design. While it definitely wasn’t meant to be fancy, models in good condition today still have a certain extremely retro appeal to their shape. 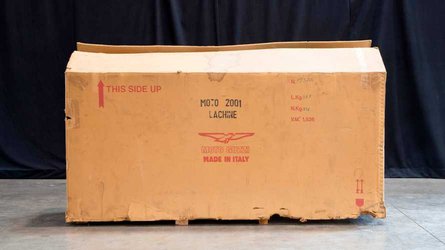 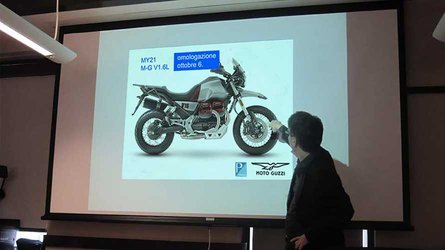 If you’re wondering about the name, so are we. I consulted with our in-house Italian language expert Sabrina, and she said it wasn’t a word she was familiar with, but pointed me toward this Linguee lookup. It seems like it could be a bird, or a nut, or perhaps a nutty bird? Maybe even Italian for ‘kakapo,’ I half-joked. Thing is, the Zigolo isn’t very fast and definitely can’t fly, so maybe it IS a kakapo? At any rate, it’s not a gigolo, which is what Google wanted to make it when I tried that way. Thanks, Google.

Anyway, Redditor Abo_91 posted this charming video of a coworker resurrecting his rusty 1954 Zigolo after it having not been run in over 50 years. What’s extra hilarious is the surrounding conversation between Italian-speaking Redditors about what is and is not the appropriate level of profanity in the Italian language and everyday speech.

According to Abo_91, there are no plans to restore this bike at this time, but it’s cool to see it running. It’s also kind of amusing to see it tearing past modern cars on the street, like a Tesla and a Renault Espace.

The Zigolo’s reign lasted from 1953 to 1966, and the Turismo model (of which this is an example) only ran from 1954 to 1956. It came with extra fancy bits including a Veglia speedometer and a built-in luggage rack to tote all your toteables. The Turismo had a solo saddle, but if you wanted a dual saddle, you could also have bought a Zigolo Lusso from 1954 to 1957.