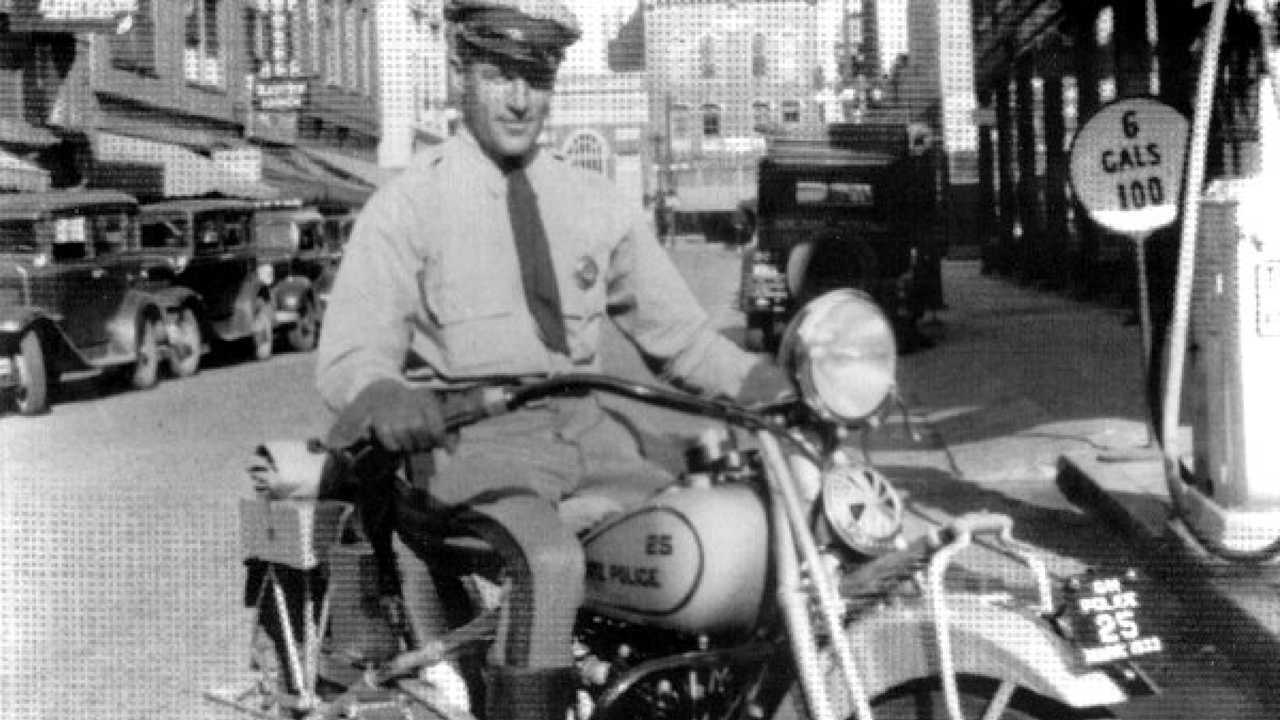 It wasn't for gun control.

I've read on the internet that the reason early Indian motorcycles had their throttle on the left was that the police wanted to be able to shoot a gun while riding. Is this true?

You're Never Too Old:

In the early days of motorcycles, there was no standardization as far as what controls were supposed to be where. That's how you got hand shifters, foot clutches, foot shifters on the right, and brakes and throttle on the left. This was the case with all motorcycles, not just Indians. British bikes, in particular, were known for having their controls reversed from what we know today. This was a major plot point in an episode of Happy Days where the Fonz was accused of committing a ride-by robbery. The robber snatched a purse using his left hand, and Fonzie's 1949 Triumph Trophy TR5 Scrambler Custom had its throttle on the left, which meant the Fonz couldn't possibly have committed the crime.

Indian, at the time, also put their throttle controls on the left handlebar. Their early bikes had a carburetor on the left side of the engine, so in an era before standardization, it made sense to put the throttle on the same side as the carb. When the carb moved elsewhere in later models the throttle remained on the left for consistency with earlier bikes.

The right handlebar grip was also put to use to control spark advance. This function has been handled automatically for many years but in early cars and motorcycles, the operator had to set the spark advance manually. I imagine that with practice this would become as natural as shifting your own gears.

The military and police departments did buy a lot of Indian motorcycles. It is true that having the throttle on the left did allow a right-handed rider to use his gun more easily while on the move, since spark advance does not need to be constantly adjusted like the throttle. This was only a beneficial side effect of the existing control layout, however. Indian did not design these bikes specifically to allow you to shoot while riding. If police truly needed this capability, they would have modern motorcycles with left-hand throttles today.

Interestingly, Indian also offered right-hand throttle conversion kits, making it easier for riders accustomed to Harley-Davidsons to adjust to their bikes. Similarly, Harley offered left-hand throttle conversion kits for riders used to Indian's traditional layout. Eventually, throughout the 1960s and 70s, manufacturers worldwide finally agreed that all controls should be in the same place on all motorcycles so that anyone could ride any bike. Not only is it easier this way, but it's also much safer to not have to think about where the brake is in an emergency.