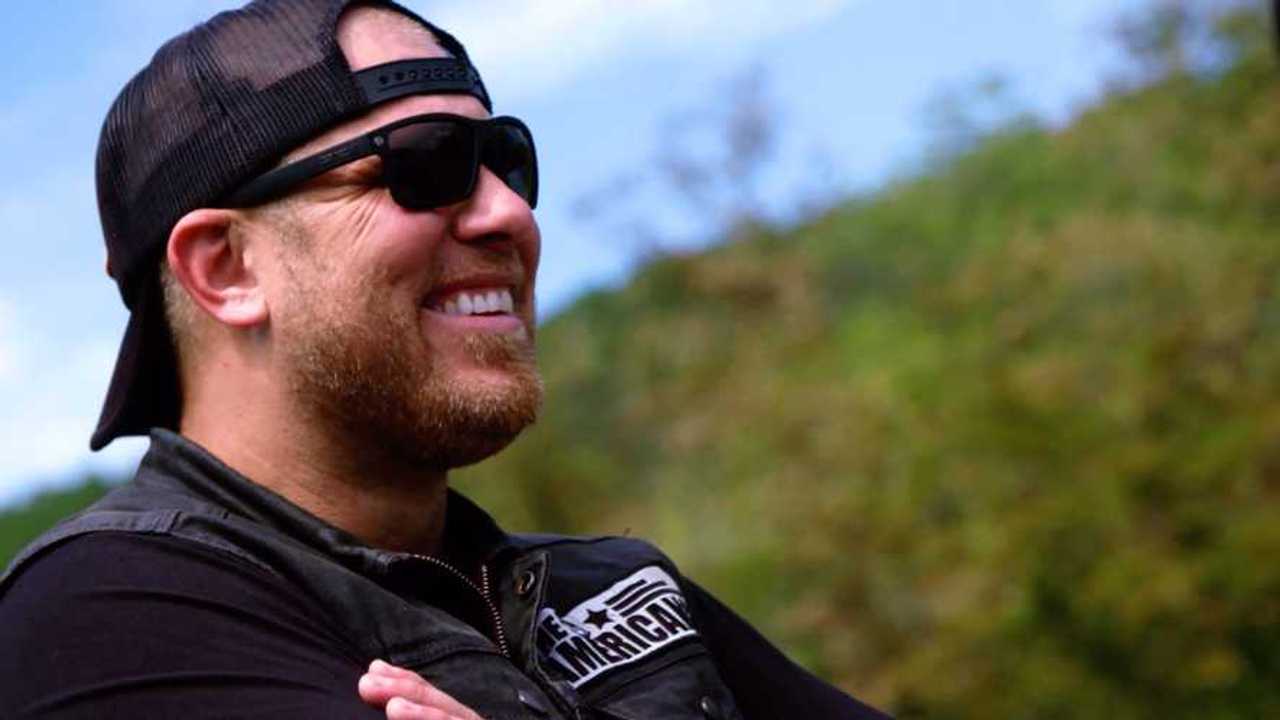 Sandoval and his chihuahua Scooter Trash have ridden over 80,000 miles for charity.

Adam Sandoval is a name that’s been all over the motorcycle news recently, and for good reason. Earlier this month he led the world’s largest parade of Harley-Davidsons—3,497 to be exact—beating the previous world record by over 1,000 riders.

There are a number of other records Adam’s broken, however. He spent years riding across the country raising awareness and funds for his mission, Scootin’ Across America, appropriately named after his riding buddy Scooter, a 5-pound chihuahua. Years ago, Adam sold all his possessions, his house, and his bikes. He set out to raise money for the American Legion’s Legacy Scholarship Fund, benefiting the children of fallen veterans who were lost on or after September 11.

Before he left, he’d never taken a trip over 600 miles.

“The first month in I realized I brought too much stuff. Three months in, I was only 10 percent done with what I had committed to.”

The motorcycle community stepped up to help him take on his challenge, however.

“I snapped a belt in the middle of nowhere one night. On my bike that’s major. It’s not like you can take the wheel off and put a new belt on. You have to take the whole side of the engine apart.”

He found a guy with a little local retail store, not even a repair shop. Together they put out phone calls, posted about it online, and throughout the course of the evening, people were driving in from other parts of the state to bring him spare parts.

“The motorcycle community is one of the most charitable communities in America. They took me into their homes, out to their favorite local restaurants, cooked me dinner and gave me spare boots and jackets. It’s amazing what kindness is out there.”

A lot of things made his own journey difficult, especially given the fact that he made his trip on an older bike. He ran on a very thin, original seat.

“Along the way people tried to offer me a better touring seat, so it became a challenge to me to keep the original seat the whole trip. People to this day will visit the bike at my campground, throw a leg up over it, and be like, how did you do this?”

The hardest part was the day-to-day grind, though.

“Riding a lot of miles in a day is something motorcyclists enjoy. You might ride 1,000 miles in a day. That’s tough. But when you ride those numbers for 400 days straight, that’s where the fatigue comes in.” And when you’re riding like that, it becomes apparent real quick that maintenance is going to be critical. “If you’re not taking care of your bike, you’re going to lose days on the road, and that’s more expensive than the amount of time it takes to stop and make quick fixes.”

In addition to taking care of his tires, oil changes and fluids, Adam keeps his engine running clean with Techron Powersports and Small Engine from Chevron.

“When you’re riding around, you’re not getting consistent fuel. One gas station is different than another, and that’s something we can all relate to. You’re looking for the highest octane you can get. The impurities and inconsistencies in the fuel from ethanol will contribute to gum and varnish buildup inside of the engine.”

“If you’re like me, you don’t want any engine problems slowing you down. When you’re on the road, it’s about one thing, and that’s the ride.”