Ask RideApart: How Late In The Season Can I Ride?

I was wondering how late in the fall I can take my bike out?

We Answer Your Other Questions: 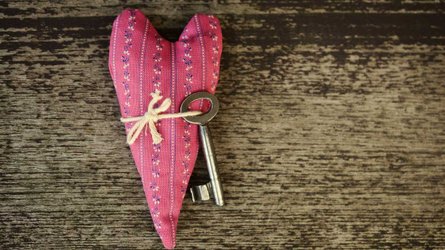 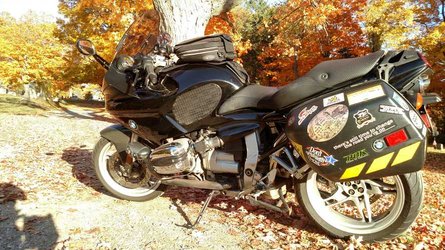 Ask RideApart: How Can I Make My Bike More Comfortable For The Long Haul?

You’re one tough cookie Luke. As soon as I have to start wearing sweaters around the house, I know my season is over, so good on you for making the fun last.

Unless you live in Quebec where winter tires are mandatory from December to March and you bought an extra pair of snow-friendly rubbers for your bike, there aren’t any guidelines for the right and the wrong time to ride your motorcycle. At least not legally.

This means that if you live North of the country and you’re courageous enough, there doesn’t need to be a clearly defined “riding season” in your version of the universe. Some people even willingly take their rides out in the winter so really, it all comes down with how motivated you are.

That being said, there are a few things you should be aware of if you are compelled to continue to ride when others are plugging their bike’s battery on tenders, adding fuel preservatives, and calling it a day.

Of course, it all starts with keeping warm. Just like taking your bike out in the middle of winter, ensuring your comfort in the saddle will make a world of difference between an enjoyable experience and a trip to the doctor for frostbites. Keep in mind that at highway speeds, the temperature you feel with the wind is a dozen degrees below the one displayed on the thermometer, so gear up.

Not even the warmest piece of gear is infallible in the face of cold’s nip, so layering up to add and remove pieces as the temperature fluctuates is a must. You can even add a set of heated gear to your collection to efficiently face frostier temperatures. Considering fall can have a bit of a bad rep when it comes to the number of sunny days, waterproof equipment isn’t a luxury either because once water seeps through, cold isn’t far behind.

Also, keep in mind that chances are the compound in your tires isn’t designed to face cold temperatures. This means your tires take longer to warm up and might lose a bit of their elasticity and their ability to “stick” to the road, in case you feel particularly dare devilish. You might not have the same quality of traction you do in the summer. There are winter tires for bikes, that's if you feel the need to start swapping tires every time.

One of my favorite things to do during fall is to go where the leaves are pretty. A lush landscape of red and yellow leaves contrasting the evergreens has a flavor only us northerners can truly recognize and understand. That being said, as pretty as the leaves are in the trees, once they start littering the road, they turn into a bit of a hazard. Especially if they’re wet.

Be mindful that like grass clippings in the summer, ice in the winter, and leftover gravel in the spring, dead leaves are fall’s natural safety hazards. Anything that has the potential of reducing traction is. Adapt to that possibility and try to avoid an avoidable slip.

Watch out for Jack Frost!

The further we crawl towards the return of winter, the higher the chances are you’ll have to deal with frozen puddles and frost after the sun sets and before it rises. Speaking of rising and setting sun—darkness rolls in a lot faster once we’re on the left side of the school year calendar. Once the sun goes down, so does visibility and temperatures—something else to keep in mind especially if you’re exploring unchartered territories.

And of course, there’s a reason why in the fall, some of your friends disappear for a few days at the time and reappear in pictures on social media, posing with the 700-lb hoofed beast they just hunted down: it’s deer season. In a battle between deer and motorcycle, nobody wins.

Be on the lookout for a jumping Bambi that might decide to frolick across the road as you’re leaning out of a blind curve. According to Famers Insurance, the risks of hitting an animal in the fall are higher than in the summer while over a third of collisions involving animals happen between September and November.

Bottom line, it’s not a matter of how far into the season you should go for a ride, it’s about wanting to do it and adapting your behavior accordingly. Safe riding and don’t let the frost bugs bite.