When Repaving Turns Dangerous For Bikes 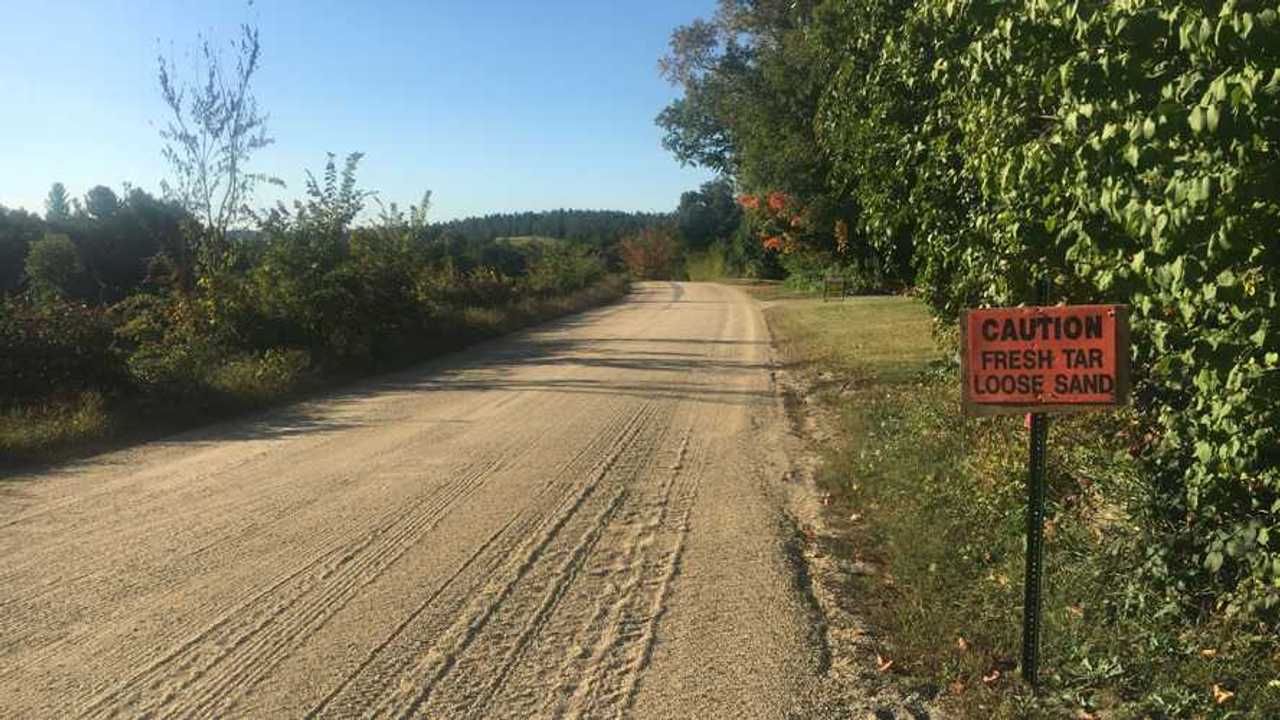 Tar plus sand equals a terrible combination for motorcycles.

Last week I was riding through the town of Temple, New Hampshire, when I came across a sight I could not believe. Many of the town's paved roads were now covered with loose sand. Apparently, their method of repaving consists of dumping a bunch of tar on the road and then dumping a bunch of sand on top of it. While not an issue for cars, this presents a huge problem to those of us on two wheels.

There Are Better Ways:

Many of us are already familiar with a similar paving technique involving tar and crushed stones rather than sand. This method is still somewhat dangerous for cars and bikes alike and was the cause of the only car crash my mom has ever had in her life. Passing traffic tends to sweep the loose stones away after a day or two, though, so at least the condition corrects itself fairly quickly. It has now been roughly two weeks since I first saw these formerly paved roads turned to sand, and I still can't see bare pavement on most of them.

I asked a friend of mine who supervises paving jobs what she thought of this. She said she'd never heard of it in her life, and can't imagine why anyone would ever do it. Also, as a part-time MSF instructor, she shares my concerns about motorcycle safety with this technique. Yet other friends who have lived in New Hampshire for a while tell me that this is a standard operating procedure for small towns to repave their quiet country roads. The sand absorbs the extra tar, preventing it from caking up on our vehicles. I can understand that point of view, but in this case, they used so much sand that I seriously wondered if they were converting these paved roads to dirt.

I'm fortunate that I was on my KLR 650 when I ended up on one of these sandy roads. Sand on top of the pavement, however, is never a safe situation. This is why northern towns sweep the roads after winter to clean up what they dump on snow and ice. Even pure dirt roads are safer because the dirt is typically packed down into a consistent surface. Loose sand easily slides against the hard surface of the pavement, causing your bike to slide around as well. Even on my KLR, I got off these roads as quickly as I could and will not return until the sand is clear.