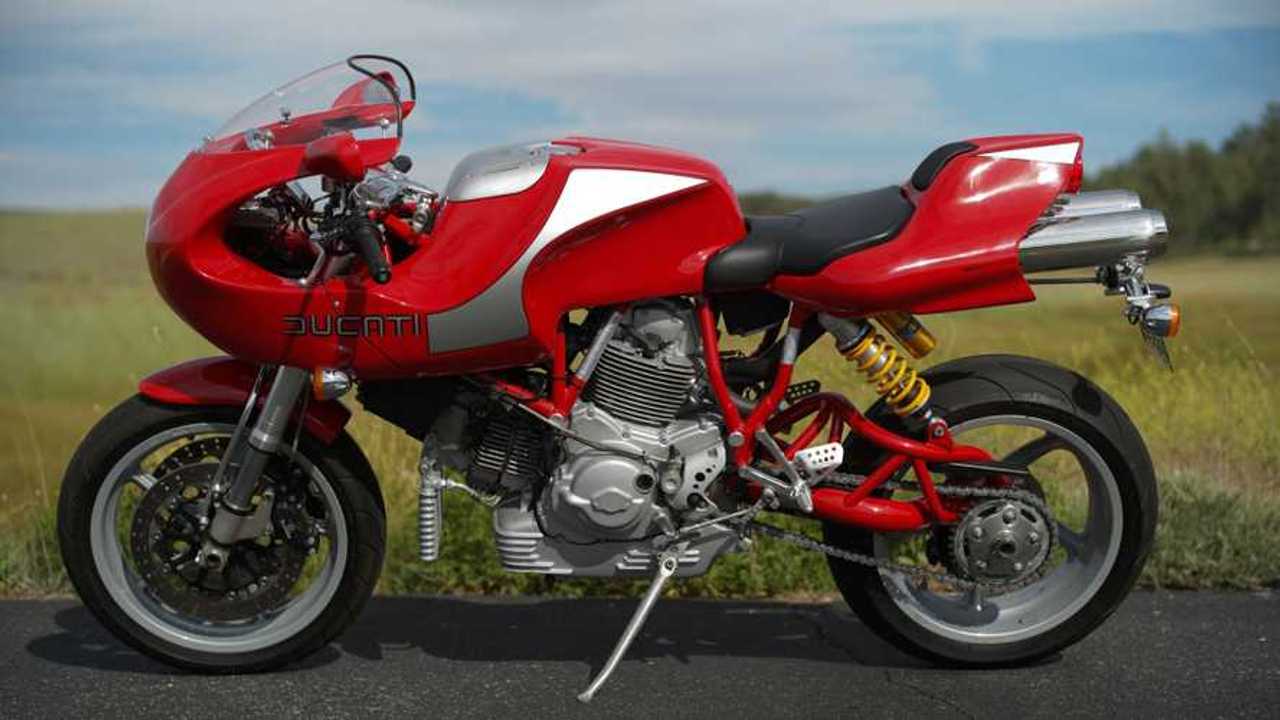 Ok. I’ll say it: I’m a sucker for the vintage racing look. Those bubble fairings are absolutely stunning and have a little je ne sais quoi that catches my eye every time. So of course, when I saw this beauty advertised, I had to take a closer look. Folks, meet the limited-edition Ducati MH900e (or Evoluzione).

Back in 2001, Ducati called on South African designer Pierre Terblanche to design a limited-run, retro-looking, street-legal racer. Terblanche was no stranger to the Ducati silhouette; he was the creative mind behind such designs as the early Multistrada, Supermono, and Hypermotard. Terblanche’s mission for this special design was to pay hommage racer Mike Hailwood. Hailwood made a triumphant return to racing in 1978 after an eleven-year hiatus, taking the win at that year’s Isle of Man TT in the saddle of a Ducati 900SS.

Hence was born the MH900E—a quirky-looking design with two exhaust pipes sticking out from under the tail, a trellis swingarm, and a bulky fairing integrated into the gas tank. The bike ran on a 904cc 90-degree V-Twin. The engine was mated to a six-gear transmission and boasted an output of 74 horsepower and 56 lb-ft of torque. The bike was mounted on an inverted telescopic fork and adjustable monoshock at the back—modernized to an Öhlins unit in recent years.

Only 2,000 MH900e were produced between 2001 and 2002—with serial number badge decorating the gas tank. This specific unit received number #1,154. The owner did a few upgrades, including a Staintune exhaust, a new battery, new belts, a Sport Classic front shock, as well as a new speedometer.

As we wrote these few lines, the bid had reached $3,000 with yet another week to go until the end of the online auction. This is the occasion to get your hands on a special (quirky) and rare Ducati.