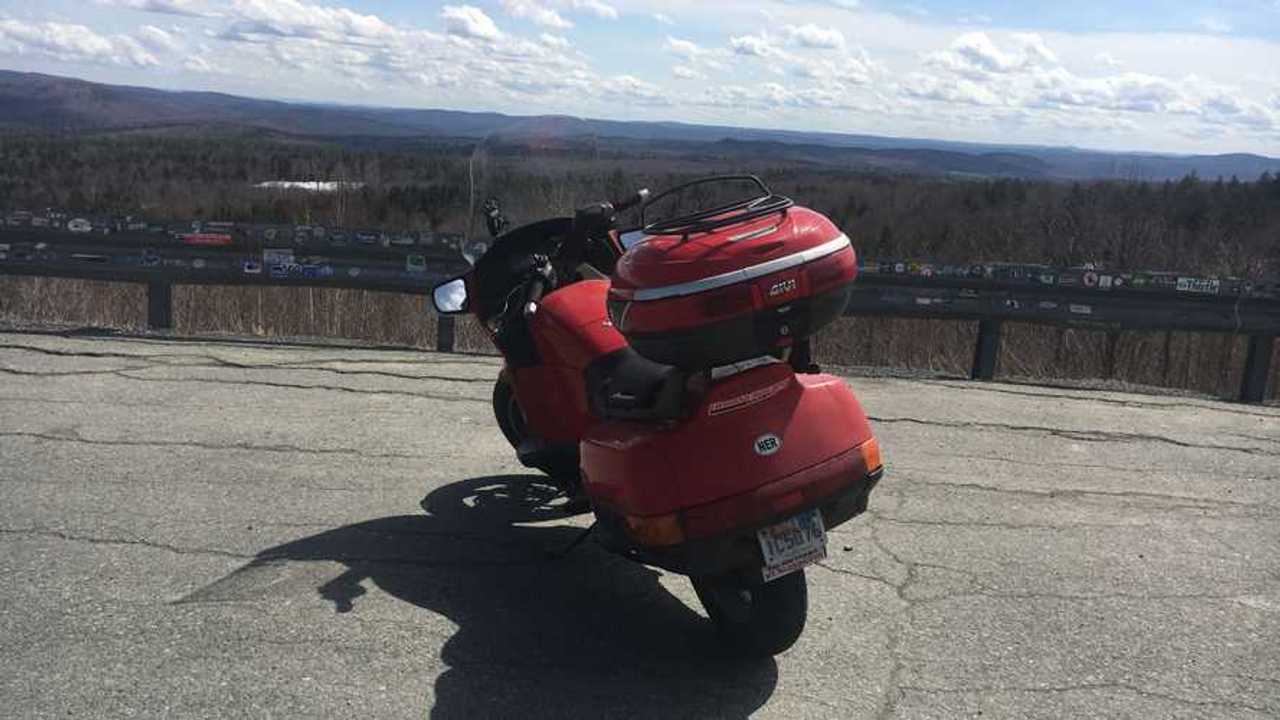 Previously, on RideApart... I needed new tires for my Honda PC800, and I was frustrated at the lack of tires available in its unique size. In the end, rather than the same old Metzeler ME880s I've always run, I bought a set of Michelin Commander 2s, 10 mm wider than my stock sizes, after enjoying them on my Honda Shadow. Our resident wrench Kate Murphy helped me mount and balance them. The rear fit fine, and after minor modification to my front fender to accommodate the wider rubber, I was on the road with fresh tires.

The Trials And Tribulations Of Tricky Tires

As we've covered before, new tires are not excessively slippery. The Michelins did feel completely different from the Metzelers, however, so I took it easy while I got to know them. As with any new tire, the main difference was their round profile, making the bike much more eager to lean than my old tires with flattened tread. They were also much quieter, making me realize why people in the PC800 community referred to the "moaning Metzelers."

I'm in the middle of moving with a ton of work to do, but the first 60 degree temperatures of the year yesterday inspired me to say, "screw that, I'm going riding." I took a 5-hour tour of the highways and by-ways of New Hampshire and Vermont, which got me well acquainted with my new friends from France. They are not only more precise in their handling than my old Metzelers, but more comfortable of a ride as well. Coming from the car world I usually think of those two tire characteristics as opposite ends of the spectrum, but it's true.

After a couple of hours to get used to them, I attacked Vermont Route 100 with zeal. The Michelins let me command (pun fully intended) the bike anywhere I wanted it to go, thanks to a combination of good grip and precise, predictable feedback. The PC800 may be a sport tourer, but it's no sport bike, so it'll never attack the twisties like one. Yet I was able to indulge myself enough on Route 100 that, for the first time, I actually found the PC800's power lacking. It's not that it's bad, but that I was able to hustle down the road with more confidence and effectiveness than before, and more power would've helped me do even more.

To say I'm happy that I switched to the Michelins would be an understatement. Do your research, especially if you're changing to a non-stock size so that you know if they'll fit or not. Forums and Facebook groups for your exact model can clue you in, with perspectives from people who have already tried it. That's what I did, and I'm glad I did it. This is going to be a good riding season.