This Custom Bike Has Maserati Power 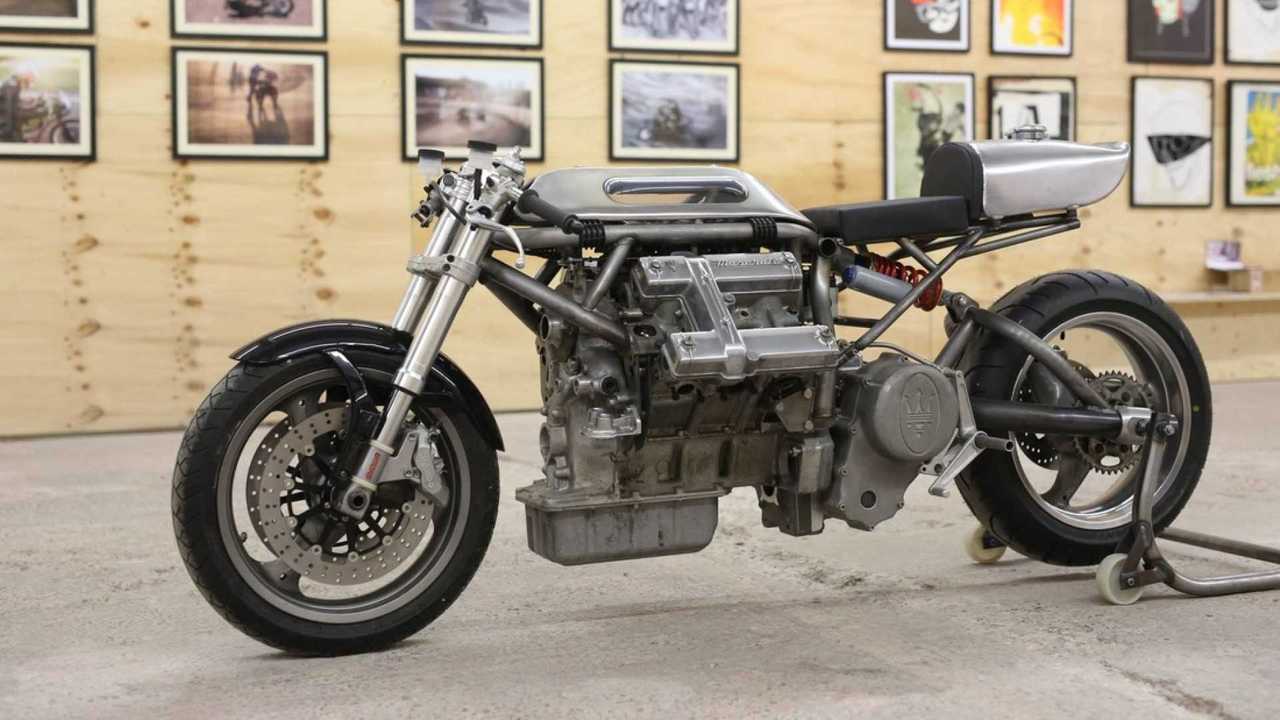 A Maserati V6 and custom drivetrain power this unique machine.

Whether it's the purr of an Aprilia or the growl of a Ducati, there's something undefinable about engines from Italy that makes them super special. Chris Barber of Crossbreed Cycles knew this going into his latest custom bike build, but he chose an Italian engine of a different color: a Maserati V6.

Although Maserati is better known for its larger V8s and V12s, it has dabbled with smaller engines in cars like the older Quattroporte of the 1970s. The engine in this bike was originally used in the Maserati Merak, as well as the strange looking Citroen SM. Barber chose this engine because of its extremely short length of 13 inches front to rear. The cam chains run through the middle of the engine rather than the end, and the water and oil pumps are internal, too. This compact, self-contained design makes the engine a particularly good choice for a motorcycle.

Since this is not a car, the rest of the motorcycle drivetrain had to be adapted to the Maserati engine. Barber uses a Baker Frankentranny, complete with a kick-start (imagine that on a Maserati automobile), with an S&S clutch and custom primary drive chain. All of these components share oil from the engine sump. A Ducati ST2 alternator and rotor provide power and ignition where the original car parts are missing.

The rest of the bike is a completely custom job built around the Maserati engine, which sits transversely like a Moto Guzzi or a Honda CX500. Details are sparse on the rest of the components, but Crossbreed Cycles has extensive photos and design drawings of the build on its website. Really, the rest of it isn't quite as important as the fact that this is a motorcycle with a freaking Maserati engine.