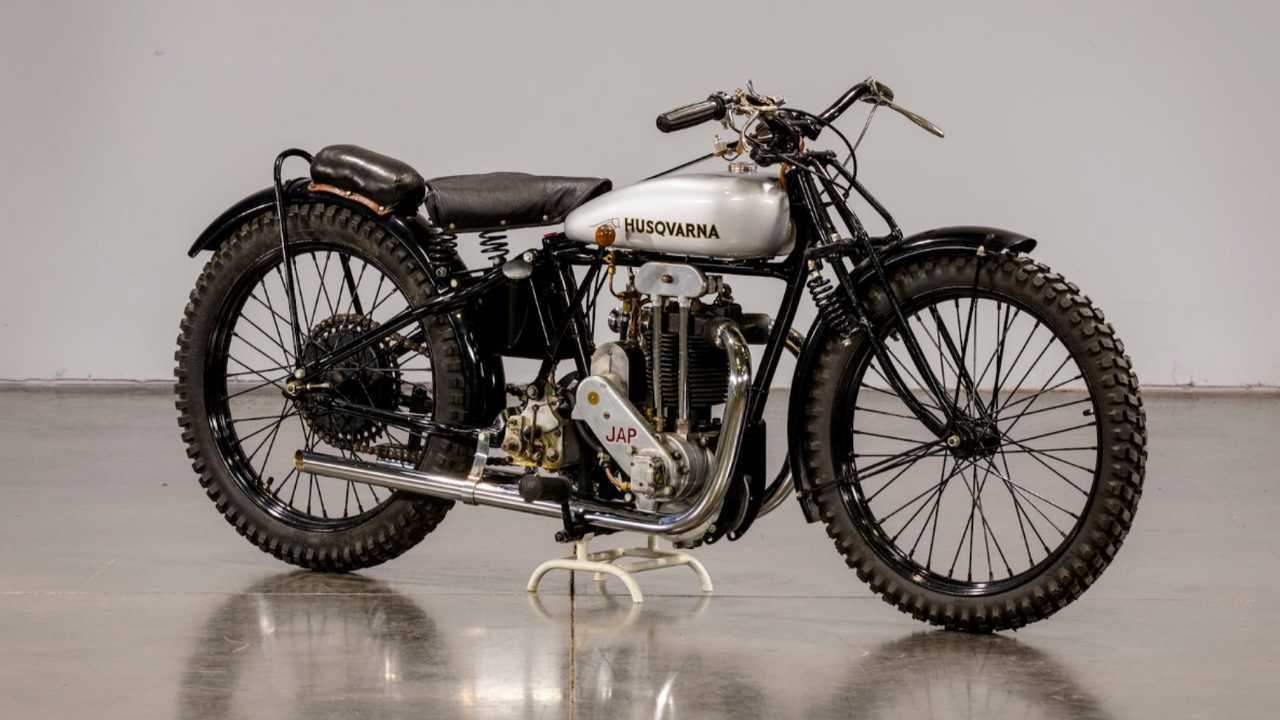 Someone customized this Model 30 A for flat track before a factory racer was available.

Husqvarna is well known in motorcycle circles for its off-road dirt racing machines. It also makes street bikes like the 701 and 401, but most Huskies like to play in the dirt. It wasn't always that way, though, leading at least a few people to modify their road Huskies for dirt racing. This highly modified Model 30 A is a perfect example of such a homebrew beast.

The 1929 Husqvarna Model 30 A was a one-year model, which already makes it a rare find. This particular one was taken off the road and transformed into the ultimate flat tracker of its time. It has skinny knobby tires, wide handlebars for extra leverage, a smaller gas tank, and no front brake, because who needs front brakes in the dirt? It also has a hardtail rear. Although the seat appears to be very well sprung, there's an additional seat pad on the rear fender to allow the rider to shift his weight farther back than the stock seat allows.

This bike has a 250cc engine by JAP that uses a total loss oiling system. Yes, all of the oil in the engine just dribbles out onto the ground when it's done because nobody cared about the environment back then. An external oil tank holds a bit in reserve to keep the engine lubricated after it piddles. The pushrods and rocker arms are covered to protect them from the dirt, but the valve springs remain exposed. The engine sends power to the back wheel through a three-speed transmission with a hand shifter. I can't imagine hand-shifting while flying around a flat track sideways.

Not too long after this bike was made, Husqvarna introduced the Model 350DT, where "DT" stands for "dirt track." Clearly, the demand for such bikes was there, not to mention AMA sanctioning, and Husky delivered. This made custom builds like this one unnecessary, but it's still a fascinating bit of motorcycle history to see how the dirt tracker evolved. If you're feeling lucky, you can bid on this bike at auction next month.