15 Years Ago, Dodge Gave Us The Tomahawk 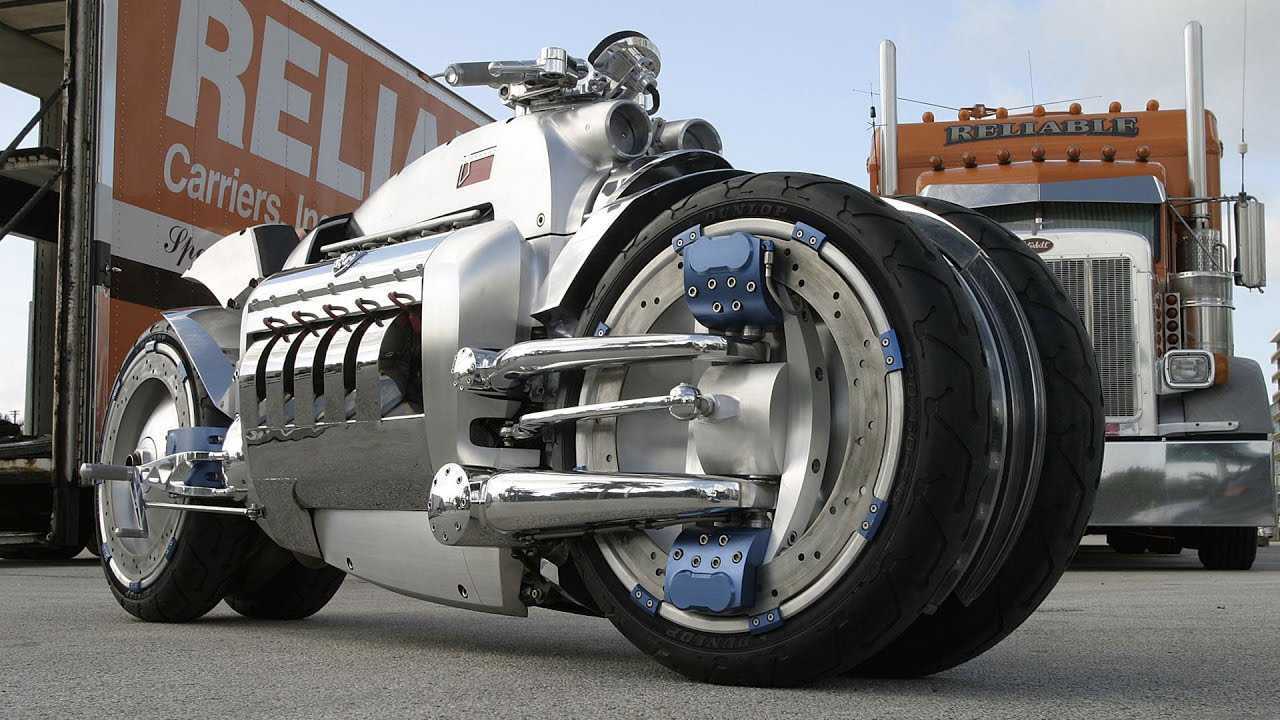 In recent years, while some manufacturers have been reducing outputs and engine sizes to meet emissions standards, Dodge has been running in the opposite direction by creating such beasts as the Hellcat and the Demon. Why throw 700 ponies in a sedan? Because why not! The brand also built a reputation for the wildest road-legal sportscar, the V10-powered, insanely unpredictable Viper. Don’t worry, you’re still on RideApart, this is going somewhere. Why am I talking about Dodge? Because it turns out that in what was likely a gasoline-infused daze, the team at Dodge had a fantasy about birthing something with half the number of wheels of a Charger and double the power. The Viper hadn’t killed enough people, they needed something even more insane. The best/worst part? They actually built a few units and unveiled their freaky creation at the 2003 Detroit Auto Show. 15 years ago, Dodge gave us the Tomahawk.

NOT ALL CONCEPTS ARE BORN EQUAL

Picture this: a full-size engine block mounted on two swingarms attached to a set of double-tire wheels with a tiny saddle resting on the back wheel. That’s as accurate a description of the Tomahawk as I can give. The riding position forced the rider to reach outfront for the handlebar set ontop of the motorcycle’s backbone while the feet were kicked backwards, at level with the back wheel. Back in the day, the striking design, to say the least, even used the concept of LED headlights before they actually became a recurring feature on production vehicles.

The monstrous engine was the pièce de résistance of the entire concept, serving both as its powerhouse, but also as a critical structural component. A modest SRT 8.3L, V10 engine was encased in its aluminum cage, borrowed from the snappy Viper itself. It produced a scary 500 horsepower and could reach an estimated top speed of 420 miles per hour (that’s faster than a category 5 hurricane winds). I say estimated because the concept was never actually tested on a dyno. The figure was obtained with the help of math and number crunching, but never actually confirmed, but who cares. It just sounds big and powerful and insane.

Even more insane: it almost made it to production! The man behind the concept, RM Motorports president Bud Bennett, admitted that at the time, Chrysler told him that if he could find 20 serious buyers for the Tomahawk, that it would inject money into the production of a hundred units. Thankfully, the company stepped down from the deal after the drugs wore off and the prospect of a lawsuit for injuries became a very real concern. Only 4 units were actually hand-built by Bennett’s shop, one still in Chrysler’s hands, one in Bennett’s hands, and two sold off for half a million dollars to private collectors without all the electronic ticking that could make the bike go “boom”.

The Tomahawk was a bit of a horror movie: the kind of terrifying thing we can’t help but want to check out anyway. If you heart yearns for Dodge’s, say, muscular attempt at creating a motorcycle, you can always buy a Chinese knock off on the Internet and enjoy all the double takes it'll get you. For all the others, the Tomahawk will remain a reminder of what happened when a muscle car company almost made a motorcycle.