South Dakota Opens Its Doors to the Sturgis Bike Rally 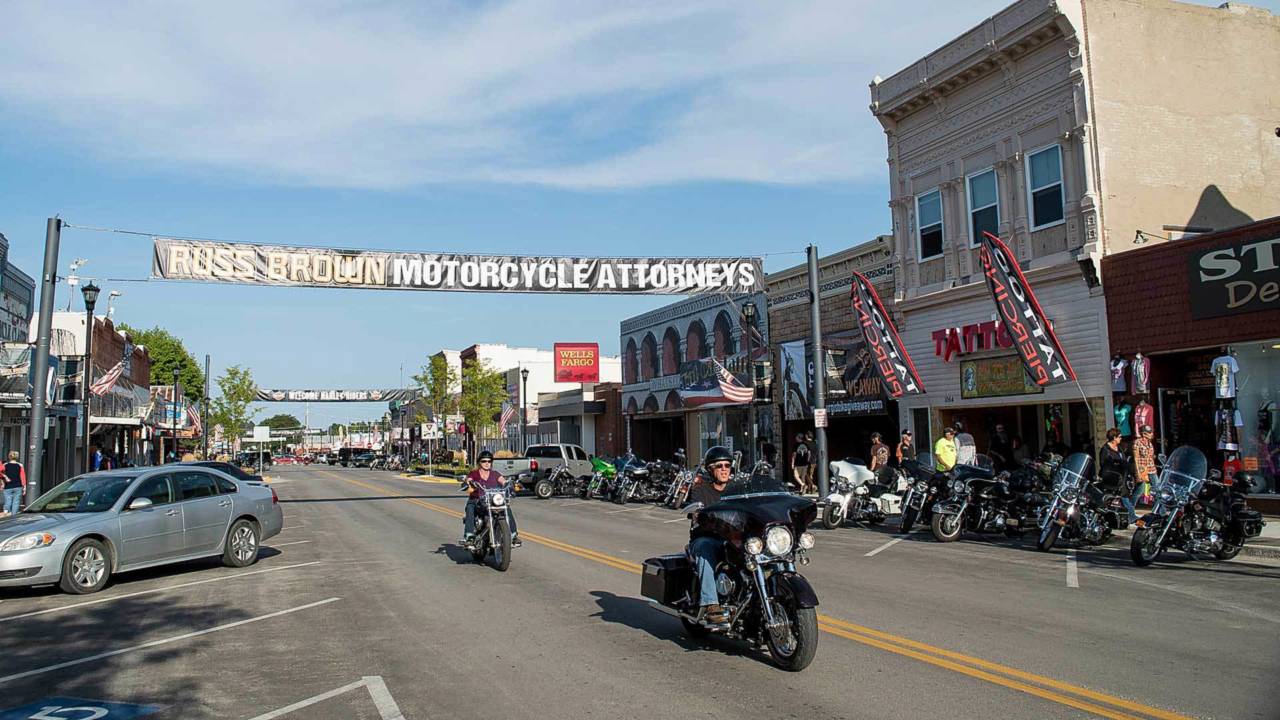 You can rent a whole house for your annual pilgrimage to Sturgis, but it'll cost you. Is it worth it? Our man Chris Smith lets us know all about it.

The 2018 Sturgis Motorcycle Rally is nearly upon us. This legendary South Dakota gathering of bikes and bikers officially kicks off Friday August 3, but Saturday and Sunday are the days when the small town of Sturgis hulks out to become the mecca of two-wheeled wonder that everyone sees in photos. At peak times on those days it will take 45 minutes to travel two miles from I-90 into downtown. To make matters worse, Sturgis doesn’t have anywhere near enough hotels or campgrounds to accommodate everyone. Since that’s where the action is, creative solutions must be found.

Enter the local residents, who literally open their homes to strangers on motorcycles attending one of the largest—and most notorious—biker events in the world. If it sounds like a recipe for disaster you’re not wrong, but money talks. How much does it talk? I’ll get to that in a bit.

The rally is both a blessing and a curse for a small country town.

In the spirit of transparency, I’m not a rider. That’s not to say I’m not an enthusiast—I spent a good chunk of my adolescent years bashing a Suzuki RV90, and I’ve been painfully close to adding an old Suzuki GS to my garage on numerous occasions. This time of year especially gets me thinking twice about that. Partially because they’re great bikes, but mostly because I live here basking in the shadow of Sturgis from my home in Rapid City, just 30 miles south of the action.

I’m one of the locals who sticks around during rally week. Not that there’s a mass exodus of country folk when the Harleys come to town—me and my car buds enjoy the rally—but others can get stressed out pretty quick navigating the crowded roads. That’s why more than a few families plan summer vacations during Sturgis. Instead of leaving their home empty though, it gets rented to vacationing bikers. And the going rate isn’t what you’d call chump change—in some cases, proceeds from a one-week rental can cover mortgage payments for six months.

“I rented my home for $5,000,” said Lisa Dykeman, whose modest three-bedroom house north of Rapid City hosted six people for six days during the 75th anniversary rally in 2015. “It was the only time I did it, and I should’ve done it more! They left the place in perfect shape, just as they found it.”

That's a lot of bikers

That price likely was a bit more than average considering the crazy number of people in town for the 75th rally, but not by much. Rally-Rentals.com currently shows townhomes rented out at $4,000 for this year’s gathering, with some larger luxury houses still available to the tune of $9,000. Yikes.

This is all well-and-good, but who would trust their home to a bunch of strangers for a week, never mind hardcore Sturgis rally-goers? In Dykeman’s case, her tenants were friends of a friend, but even still she required a signed contract that held the tenants liable for any related damages up to a week after their departure. Rental services similar to Rally-Rentals.com typically have a similar contract in place that can extend the liability period even further. Of course, the rentals all require massive deposits as well.

This feels slightly antithetical to the whole "ride responsibly" thing.

CHECK OUT: Saggy Boobs, Silver Bullets, and Other Sturgis Stories

If that’s too much coin, consider most hotels in the area charge $200-$400 per night. Add it up for a week’s stay and a rental home suddenly makes sense. Camping at Sturgis is always a popular, less expensive option, but even pitching a tent in one of the main locations around town can run $500 for the week and RV spots are a bit more still. In short, visiting Sturgis during rally week is expensive pretty much any way you cut it.

Have I ever considered renting my house? Maybe, but that would mean I’d have to leave town during the rally and that ain’t happening. Even my no-bike self knows that Sturgis is off-the-hook crazy, and something that every person needs to experience at least once—whether you’re into motorcycles or not.

I do, however, have a backyard with room for a tent. And there is room in my garage for a nice GS1100. Just sayin’.