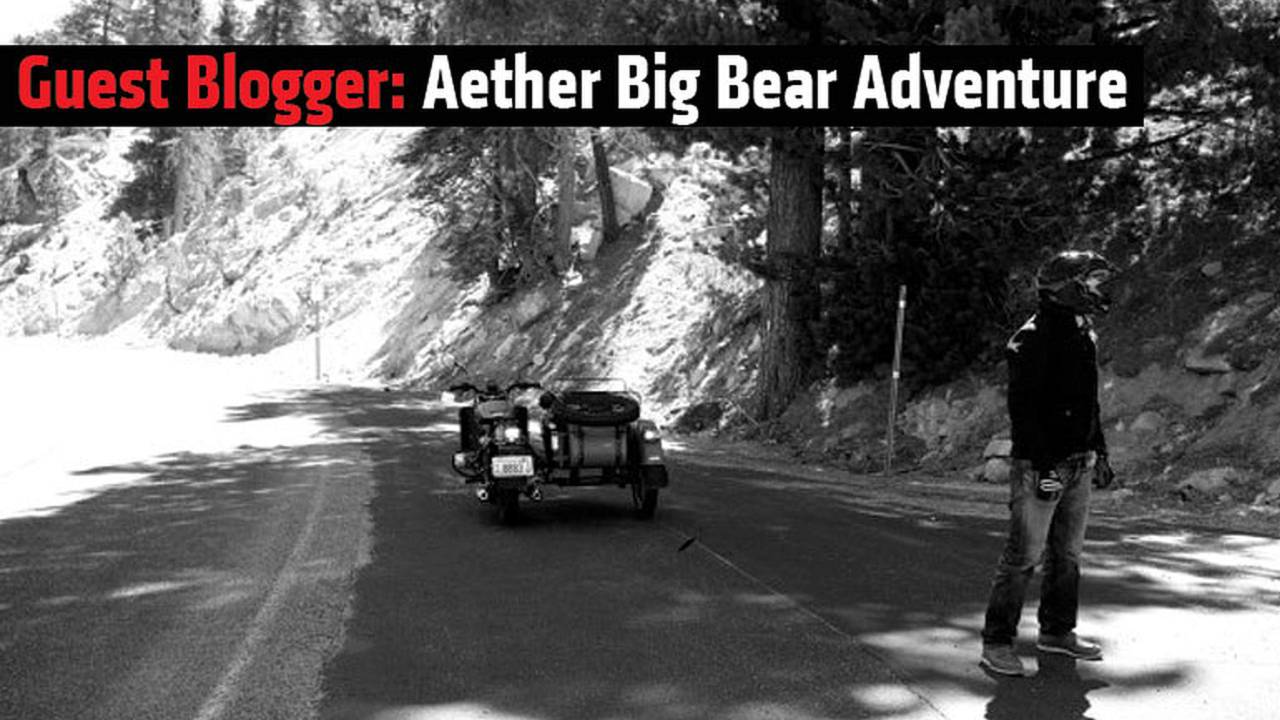 There are moments in every city-dweller's life when we feel compelled to drop everything, forsake our weekend obligations, and flee - by any means necessary - into the wild. This desire to escape our crowded surrounds comes on slowly during the workweek, but swells up suddenly and undeniably once the weekend arrives. It is as if we spend our entire lives in the city holding our breath, and from time to time are required to come up for a long drag of cool, clean air. This was one of those weekends.

A group of us from the Aether office: Jonah, Brandt, Matty, and myself, as well as our good friend Davide from Shelter Half, seized upon the idea of getting out of town about midweek, even if just for a single night. One of the main benefits of an impromptu camping trip is that there's virtually no time to stress out over the planning. No weighing one destination versus another, sussing out the campsite with the best amenities, or trying to determine the absolute ideal route in getting there. Whatever is going to happen, is going to happen - in a very real, kinetic way. This style of last-minute scramble camping can be quite liberating, especially for those who rely heavily on careful deliberation and planning during the working week. So off we went, without much of a plan, or much of a care, over the hills and far away.

In additional to our own personal motorcycles, we also had access to a loaner Ural Gear-Up sidecar. This Russian beast of a machine is the motorcycle equivalent of an SUV, making it the ideal vehicle for hauling camping supplies. With its passenger compartment, rear trunk, and back rack fully loaded, we have no doubt the Ural would give a Toyota Rav4 a run for its money in terms of storage capacity.

We were heading towards Big Bear lake, but instead of slabbing it across the highway, we decided to take the back way over the San Gabriel mountains along the Angeles Crest Highway. About halfway up, we stopped off at Newcomb's Ranch to assess how the Ural was handling the grand, sweeping twisties of the Crest, and much to our surprise it wasn't having too hard of a time keeping up. Although much of the credit was due to the man riding it, Mr. Matty McCalla.

Piloting a side-car around tight canyon turns can be described at its best as a "dynamic experience" and at its worst as a "real son of a bitch." There is a lot of rider participation in the form of hiking yourself off the side of the bike like a deckhand on an America's Cup sailboat in order to physically wrestle the vehicle around the corner. For anyone worried that riding a motorcycle is too sedentary an activity, riding a sidecar will allow you to get in a full-body workout before you get to your destination.

From Newcomb's Ranch we pressed on down the road to Wrightwood, where we made a stop at the Evergreen cafe. It was about11:30 am and half of our group felt they could get away with a second breakfast while the other half were intent on ordering lunch. Thankfully, small-town diners don't really delineate between either meal, so the friendly waitstaff were more than happy to accommodate us. With out stomaches filled and feeling pretty satisfied with life, we rolled out to the bikes and continued down the CA-138.

We passed through the hot dusty basin that sits between the San Gabriel and San Bernardino mountains as quickly as we could. All around us were the tell-tail signs of high desert decay: sun-bleached trailer homes on dirt lots, knucklehead kids running amok on ATVs, and corporately-maintained gas stations baking away in the noonday heat. At the lowest point of the valley, representing the absolute nadir of the area, was the I-15. As we crossed over the freeway, we saw beneath us the stampede of drivers who were wildly careening out into the desert in hopes of making their fortune in Vegas. We passed over this motorized migration with a sigh of relief and made a beeline for the mountains on the other side.

Past Silverwood Lake, the topography started to pick up and the dusty scrub-covered hills began to turn back into pinewood forest. We got turned around a bit near Crestline, when we overrode our human instincts in deferment to the authoritative commands of Davide's GPS unit. However, this minor detour lead us to chance upon the water park on Lake Gregory, which, with its inflatable water slides, bouncy trampoline, and inflatable obstacle course, filled us with an untamable, child-like excitement. We vowed to return some other time to investigate this lakeside wonderland more thoroughly.

Further down the road, we stopped at Lake Arrowhead amidst a growing clamor from within the group for soft serve ice cream. It's unclear who put this thought into everyone's heads, perhaps it was divinely inspired by the perfectly sunny afternoon, or perhaps, seeing the carnival-like atmosphere of Lake Gregory, we all felt compelled to partake in at least one classic summertime indulgence. So off we went, five grown-men on motorcycles, in search of soft serve ice cream.

We found what we were looking for at the Lake Arrowhead Village: a consortium of shops and business that have been contrived - either by misguided city zoning or the demented vision of some enamored developer - to resemble a Swiss alpine village.  Filled with outlet stores and food court-quality vendors, the whole scene seems to fall tragically short of its intended aim, while shouldering the added weight of being painfully unoriginal. However, despite all of its many shortcomings, we can now attest whole-heartedly that Lake Arrowhead Village is a great place for soft serve ice cream.

Continuing along the Rim of the World Highway we finally arrived at Big Bear lake. Heading along the north shore it wasn't long before we arrived at the disconcertingly-named town of Fawnskin. From there we turned north onto a dirt road that led to our campsite at Hanna Flats.  Nowhere does a Ural sidecar feel more at home than on a country dirt road. It charges over the washboard grooves in stride and doesn't miss a beat forging across sandy washouts. We were just starting to get into the swing of things when we arrived our campsite.

When we pulled in, the camp host gave us two warnings: "Keep your campfires low. And watch out for rattlesnakes. I've killed two already today." With these warm welcoming words, we were allowed to proceed to our site. Turns out Brandt isn't much of a fan of snakes, a view which, once shared, offered us plenty of fodder for the rest of the evening. Thankfully it was all in good fun, because we didn't see any snakes the whole time. Plenty of sticks that looked like snakes, but alas, no snakes.

And so we arrived from the chaotic streets of Los Angeles, having travelled roughly 150 miles, to a tranquil campsite in the mountains of Big Bear entirely on backroads. To the best of our recollection, there was only one stop light and perhaps a handful of stop signs over the course of the entire route. Living in Los Angeles may have its draw backs from time to time, but having access to these kinds of riding roads certainly makes up for them.