Tech Tip: What Your Bike’s VIN Can Tell You 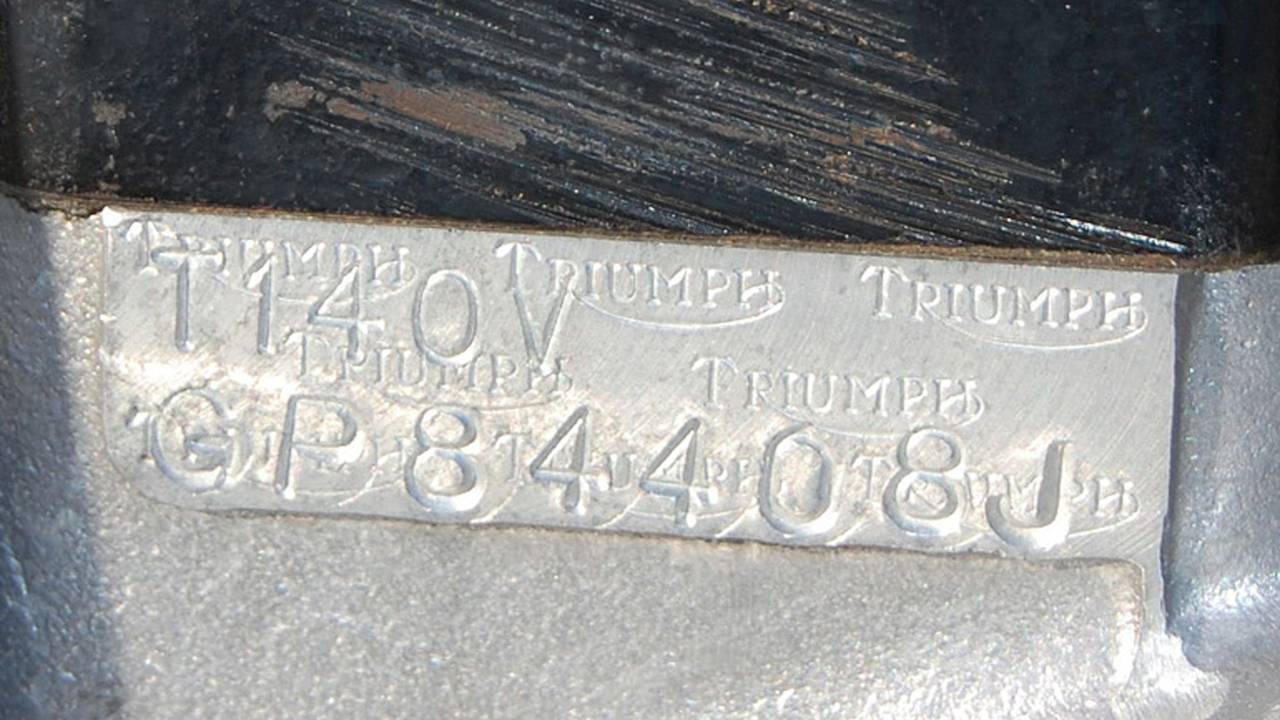 Tech Tip: What Your Bike’s VIN Can Tell YouEvery time you buy a vehicle, there is one key, indispensable bit of information that you must convey to...

Every time you buy a vehicle, there is one key, indispensable bit of information that you must convey to the state to register and license it, to your insurance company to positively identify it, to your lender (if you use one) to secure the loan with it: the VIN or vehicle identification number.

Knowing what a VIN can tell you about your motorcycle—or your next potential motorcycle—can save you a lot of trouble and expense.  Every time a motorcycle is stolen, the VIN becomes a part of the police report and activities to track, locate, and recover it.  When a bike is damaged in a storm, flood, fire or crash, the insurance company will have a record of the VIN it paid out a claim on.

MUST READ:  Yamaha Introduces The XSR700, and It's Awesome | RideApart

Even something as simple as getting the right part for the bike can hinge on using the VIN, particularly if mid-year model changes occurred. Since the VIN is displayed on both the engine and frame, if they don’t match on a given bike, it’s a certainty that whichever number doesn’t match what is on the title, it's not the original. This is good to know if the seller represents the bike as all original. Matching engine and frame numbers are of particular importance to vintage bike collectors, even if the bike is too old to have been built when modern VIN standards were in effect.

There was a time when motorcycles had a simple serial number—if they had any identifiable markings at all. Times have changed.

In 1954 automobile manufacturers in the U.S. began using vehicle identification numbers, but there wasn’t a standardized format for content or organization; each manufacturer did their own thing.

In model year 1981, the National Highway Traffic Safety Administration required that all over-the-road-vehicles sold must contain a 17-character VIN. This standard established a fixed VIN format.

In the U.S., Title 49, Part 565 of the Code of Federal Regulations deals with VIN requirements. Under 49 CFR 565.12(r), VIN is a series of Arabic numbers and Roman letters that is assigned to a motor vehicle for identification purposes. Current VIN systems are based on the standards issued by the International Standards Organization (ISO), though the U.S. system is more stringent and the European Union standard is somewhat less so.

The Harley-Davidson Sportster owner’s manual provides an excellent explanation of how the VIN translates into information specific to a given bike.

The first three characters identify the manufacturer of the vehicle using the World Manufacturer Identifier (WMI) if the manufacturer produces more than 500 vehicles of a given type each year.  In the U.S., Society of Automotive Engineers (SAE) assigns WMIs to countries and manufacturers.

The second section consists of five characters, in positions four through eight. This section also identifies the attributes of the vehicle. For passenger cars, and for multipurpose passenger vehicles and trucks with a gross vehicle weight of 4536 kg. (10,000 lbs.) or less, the first and second characters are alphabetic and the third and fourth characters are numeric. The fifth character may be either alphabetic or numeric. The characters utilized and their placement within the section may be determined by the manufacturer, but the information must be able to be interpreted using information from the manufacturer.

MUST READ:  10 Motorcycle Riding Tricks You Don’t Know Yet | RideApart

The use of the gross vehicle weight designation within the VIN itself is not required.

Type of Vehicle and Information that can be represented in the VIN:

The third section consists of one character, which occupies position nine in the VIN. This is the check digit used to verify the accuracy of any VIN transcription. After all other characters in VIN have been determined by the manufacturer, the check digit shall be calculated by carrying out a mathematical computation specified in the Code.

The fourth section consists of eight characters, which occupy positions ten through seventeen of the VIN. The last five characters of this section are numeric for passenger cars and for multipurpose passenger vehicles and trucks with a gross vehicle weight rating of 4536 kg. (10,000 lbs.) or less, and the last four (4) characters are numeric for all other vehicles.  The first character of the fourth section represents the vehicle model year. The year is designated as follows:

The second character of the fourth section represents the plant location of manufacture.

The National Motor Vehicle Title Information System (NMVTIS) is a federal electronic system that provides consumers with information about a vehicle's condition and history. NMVTIS allows consumers to find information on the vehicle's title, most recent odometer reading, brand history, and in some cases, historical theft data prior to purchasing a vehicle through authorized data vendors.

The VIN typically appears on the engine and frame—usually at the headstock for the forks—on a motorcycle. This number is from a 1977 Triumph before the CFR standardized the code. Back then, it was basically a model number and serial number from production.

Contrary to what you might assume, the term “brand” is a label that States assign to a vehicle to identify the vehicle's current or prior condition, such as “junk,” “salvage,” “flood,” or another designation—not the brand name of the manufacturer.

NMVTIS is designed to prevent vehicle histories such as those from flood damage events from being concealed because it serves as a national repository of vehicle condition information. NMVTIS will have data from every state and will be queried before any state issues a vehicle a new title, making it extremely difficult to conceal a “flood,” “theft” or other designation from a vehicle.

This system will enable states to prevent vehicle title fraud on stolen vehicles and damaged vehicles being represented as new and original.