In the picturesque village of Mazomanie, WI, on Highway 14, west of Madison, Carlo and Ingrid Krause have opened the Midwest Microcar Museum.

In the automobile design lexicon, you might consider the descending hierarchy of size as compact, sub-compact and then microcar. Now, we don’t usually cover automobile history on RideApart, but since most of these microcars are based on motorcycle power-plants, transmissions and design elements, we felt a piece on them would fit right in.

In the U.S., manufacturers tended to go no smaller than sub-compacts on their product lines, but in Europe and Asia—where the most ancient parts of some cities have streets not much wider than a modern U.S. car—the concept of the microcar made sense.

Microcars are easily navigable in tight quarters, you can park them nearly anywhere, sip gas at a micro-rate, and they thrive in crowded urban environs. In post-WWII Europe, where fuel was in short supply and rationed for several years after hostilities ended, the fuel-efficient microcars made sense. Today, microcars are making something of a comeback in the form of the Smart Car, Elio, Wildfire, and others.

The broad avenues—typically long travel distances and high-speed highways of the U.S.—weren’t exactly ideal for microcars, so few were imported in the 1940s, 50s and 60s, which makes them something of a rarity in the U.S. these days.

But, thanks to the efforts of a dedicated few, that doesn’t mean it’s impossible to check out some of these creatively designed bits of transportation history.

A Dream In Mazomanie

In the picturesque village of Mazomanie, WI, right on Highway 14 west of Madison, Carlo and Ingrid Krause have opened the Midwest Microcar Museum. Krause’s son, Sven is also a partner in the museum. 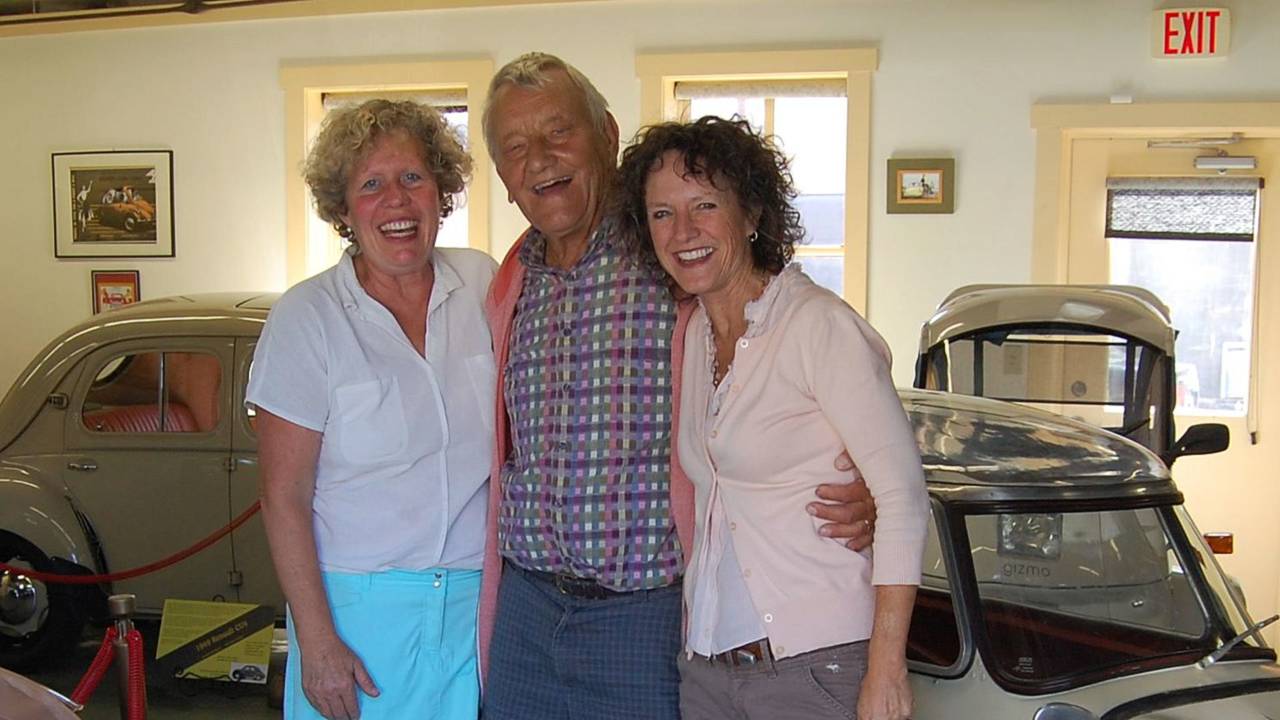 “I’ve been collecting for many years,” Carlo said, “This is a good way to share the collection with people who may never get to see this type of car.”

Among the rare and fascinating vehicles are the 1955 Messershmitt KR 200, a three-wheel vehicle with a clear top canopy inspired by the German company’s aeronautic history. The “KR” in the designation stands for kabinreller, meaning scooter with a cab.

The KR 200 is powered by a 10 hp, 191cc single cylinder Fichtel-Sachs two stroke engine, and weighs in at only 230kg (507 lb.). The transmission offered four speeds forward and four in reverse. The tiny two-seat monocoque body is accessed by a single gull-wing door that lifts the entire canopy and part of the body, to reveal a very aviation-styled cockpit with tandem seating. From February 1955 to December 1956, 30,186 of the KR 200 model were built.

Another German aeronautics company that produced microcars in the post-war period represented here is Heinkel. The 1957 Heinkel Kabine on display is also a three wheel vehicle with two wheels up front like the KR 200, but instead of the gull-wing design, it features a front-opening door. 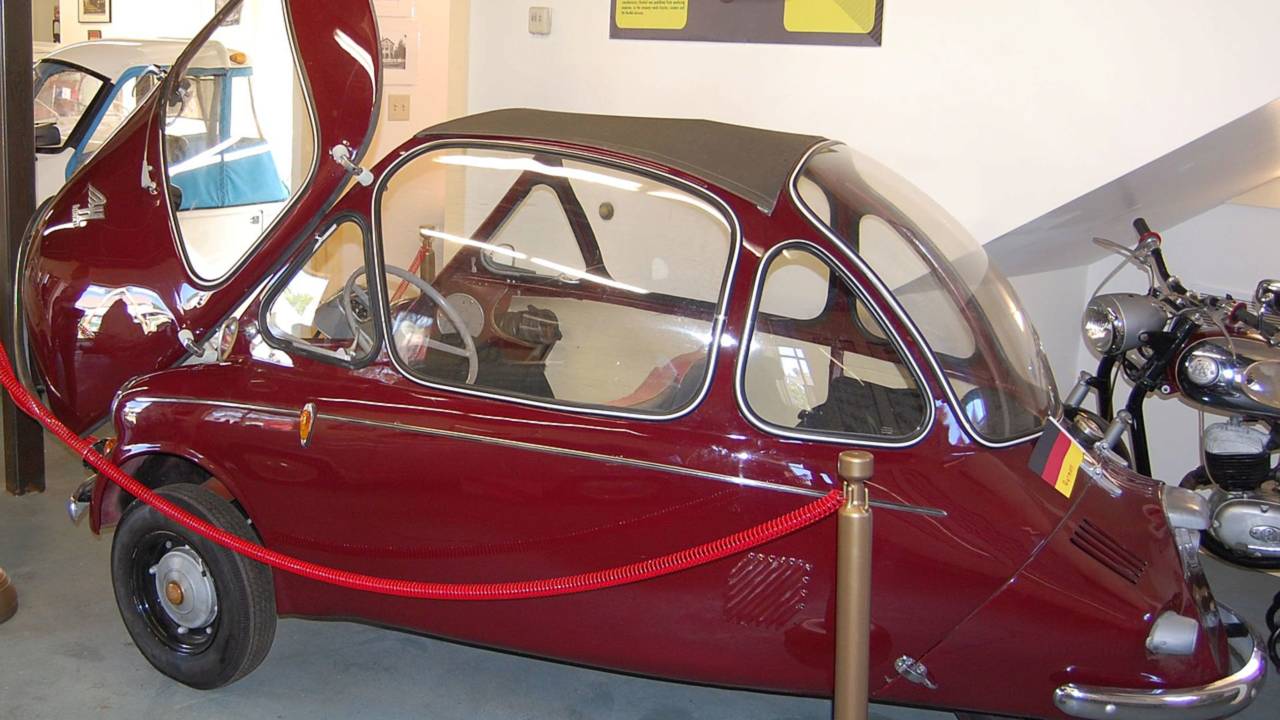 A third three-wheeled microcar on display uses the more conventional trike layout with one wheel up front. The 1953 Bond Minicar is powered by a 298cc single cylinder two-stroke engine that came complete with its unit construction gearbox. Built from 1949 to 1966, 24,482 units were produced in the U.K. and sold for about £300. 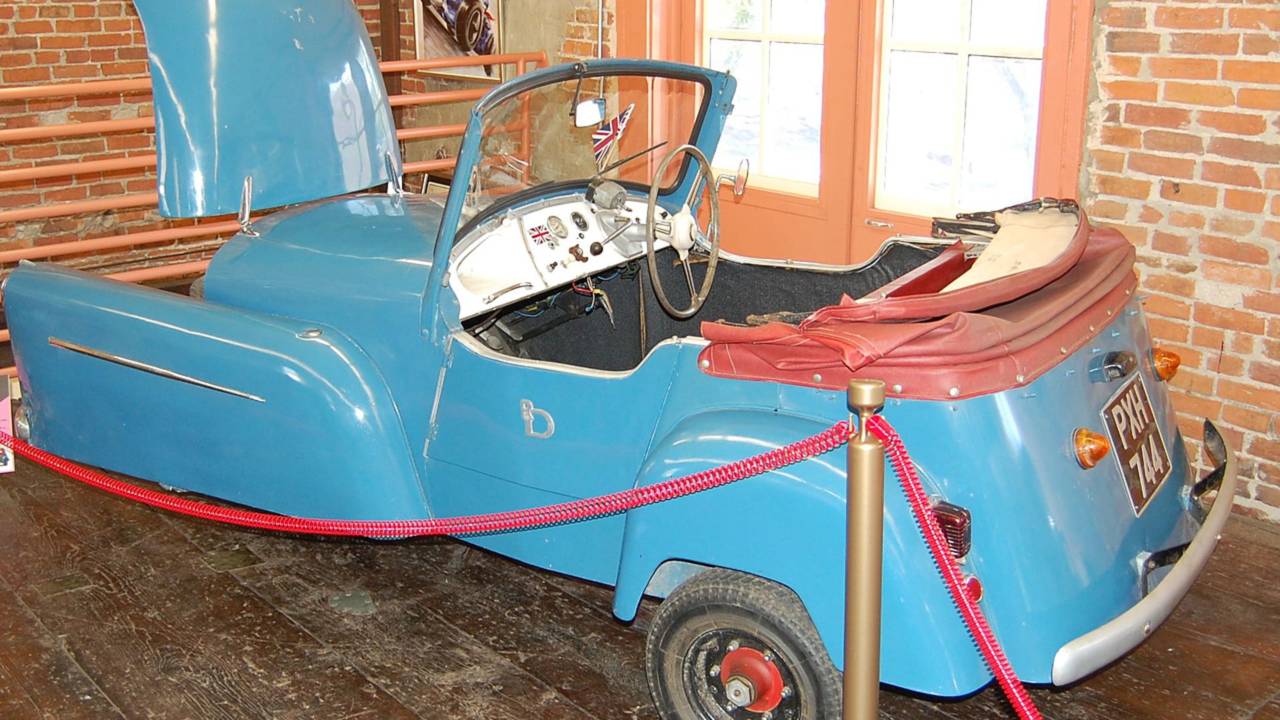 One of the largest-selling microcars of all, the Isetta, came from BMW. Though it was originally an Italian design, the Isetta is credited as a factor in a faltering BMW company's turnaround during the vehicle's long production run.

In all, 161,360 units were built from 1955 to 1962, featuring a 298cc single cylinder air-cooled engine that put out about 12 hp. As with the Heinkel Kabine, the Isetta features the famous front-door design. 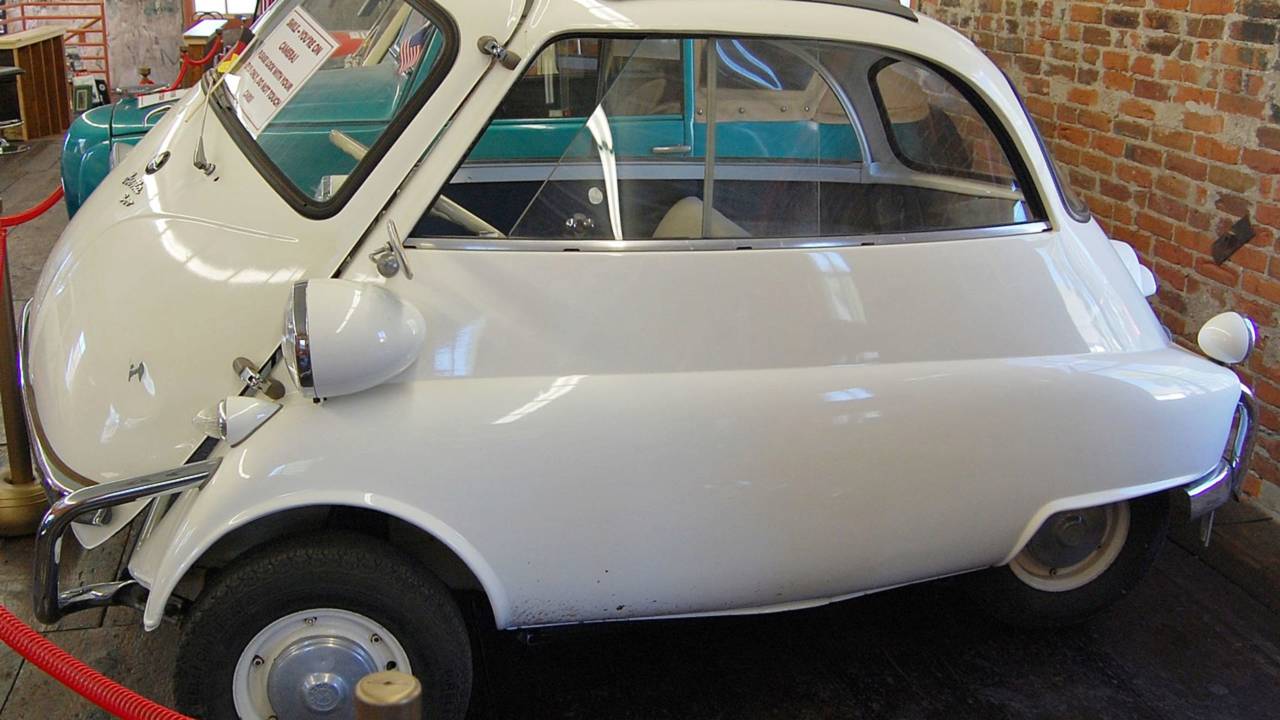 For more information on the Midwest Micro Car Museum, see: